Muslim hatred of us, the infidel, starts with Islam’s teachings | Examine Islam

Previous Next
Muslim hatred of us, the infidel, starts with Islam’s teachings | Examine Islam 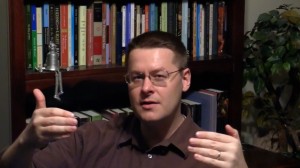 Today, sadly, again, we mourn the dead and suffering after yet another Muslim attack on us, the infidel, non-Muslims. Brussels, heart of Europe and home to thousands of Muslims, has become the site of the latest attack by Muslims against us, in this undisguised war which Muslims are carrying out against us, yet which we refuse to acknowledge as such.

This HATE SPEECH is what is blasted to supplicants performing the circumnavigation of Mecca.

The video below contrasts Christian prayers, asking for blessings on ALL PEOPLE, and Muslim prayer, begging Allah to kill and destroy and ‘freeze the blood in the veins’ of non-Muslims.

So. is it ANY wonder that Muslims keep killing us, day after day worldwide? We are the infidel who they are TAUGHT to hate by their Islamic leaders and prayers each day. Isn’t it time our ‘leaders’ admitted this and realised that Muslim immigration is incompatible with peace and harmony in the West. No contribution from Muslims in the West is worth the lives of innocents time and again.