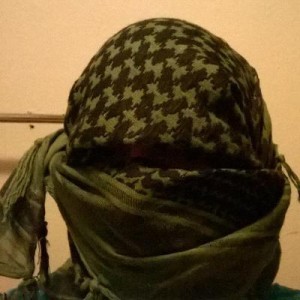 An extraordinary thing happened on Wednesday night in Washington, D.C. More than one thousand people were gathered for a dinner in honor of the newly formed organization In Defense of Christians.

It should have been a victorious, celebratory moment―and for a short time it was.

The spirit was jubilant as we all took in the fact that at last the crisis affecting Middle East Christians had hit the mainstream. Many of us have been toiling away for years on this issue, happy if we could get ten people in a room to hear our case. Here we were, with Patriarchs and prelates from 12 different countries, and earlier in the day no less than 17 different members of Congress had addressed the gathering. It was an evening to celebrate.

Then U.S. Senator Sen. Ted Cruz (R-TX)came on stage. He was there to give the keynote speech, and this was to be the crowning moment. Senator Cruz opened with these words:

Lebanon and Israel have been engaged in a long-standing conflict, so to mention Jews was to step on an obvious land mine. More than that, word had gone out several months before that the funders of the event were associated with Hezbollah. At first, it was just word of mouth based on sources inside Lebanon.

Then a Syrian-American activist named Frank Ghadry wrote about it, but he subsequently retracted his article and almost all traces of it have been deleted from the web. But you can read it here on Facebook.

Within the NGO community, concerns were expressed about the Hezbollah rumors, but when the Ghadry article was retracted, it seemed these might be just rumors after all.

Cruz’s speech seemed a consummate effort to flush out the true nature of the organizers and their guests. He went on:

Religious bigotry is a cancer with many manifestations. ISIS, Al Qaeda, Hezbollah, Hamas, and their state sponsors like Syria and Iran, are all engaged in a vicious genocidal campaign to destroy religious minorities in the Middle East.

Sometimes we are told not to lump these groups together, that we have to understand their so-called nuances and differences.

But we shouldn’t try to parse different manifestations of evil that are on murderous rampage through the region. Hate is hate and murder is murder.

The grumbling from other tables now became audible, and it was not long before the murmurs and fidgeting erupted into boos and outright heckling.

“Stop it. Stop it,” Someone shouted.

Cruz pushed on: “Let me say this: those who hate Israel hate America.”

“No,” someone shouted back.

Cruz said, “And those who hate Jews hate Christians.”

At this, a number of people in the audience booed in unison.

“And if this room will not recognize that, then my heart weeps that the men and women here will not stand in solidarity with Jews and Christians alike who are persecuted by radicals who seek to murder them.”

Several members of the audience then walked out of the room to scattered applause, including Antoine Chedid, the Ambassador of Lebanon to the United States, and several Lebanese politicians, a fact which was confirmed by the Daily Star of Lebanon.

As soon as Cruz left the stage, the room burst into conversation about the spectacle we had all just witnessed. Some seated at my table said that Cruz had been badly misinformed by his staff about the nature of the event and that someone should be fired.

But what I discovered the next day is that Cruz had known exactly what he was doing.  Indeed, he had read the article that had been published about the event just that day and which essentially repeated Frank Ghadry’s allegation that the conference organizers were close to Hezbollah.

Whether Cruz ever contemplated withdrawing from the event is not certain, but what is clear is that he was keenly aware of the alleged links between the organizers of the event and Hezbollah, and he was not going to let that go untested.

Many have criticized Cruz since the event, saying he should have known the audience better or that he was grandstanding. But his actions on Wednesday evening reminded me of the line from the recent New Yorker article about Cruz: “That is the kind of politician Cruz has become―one who came to Washington not to make a deal but to make a point.”

The point he made is two-fold: even in as worthy a cause as defending Christians from extinction in the Middle East, we cannot compromise our fundamental commitment as Americans to the right of all people to live free from persecution and free from the subjugation by totalitarian, supremacist ideologies, such as that espoused by Hezbollah.

The decision by In Defense of Christians to accept the largesse and support of individuals who are widely believed to be associated with Hezbollah was thus a moral failing, but it was a tactical one as well. Any good strategist knows that you cannot enter battle with chinks in your armor. To enter the fray in as serious a fight as that between ISIS and Christianity, one must be invulnerable. To enter into this fight with such an easily identified shortcoming not only hurt the broader cause of protecting Christians, but it hurt all those who have been working for years, often on meager salaries and with little support, to shed light on the plight of Christians. It fed right into the enemy’s hands.

St. Paul, in his Epistle to the Ephesians, tells us that engaging in spiritual warfare–and what is the war between Christians and the likes of ISIS if not spiritual battle?–that we must be fully prepared. We must put on the whole armor of God (Eph 6:11). We must gird our waists with truth, and put on the breastplate of righteousness (Eph 6:14).

Ted Cruz clearly is prepared to fight for the Christian cause but is not prepared to do so in ways that support unchristian values. He should be cheered and not heckled for doing so.