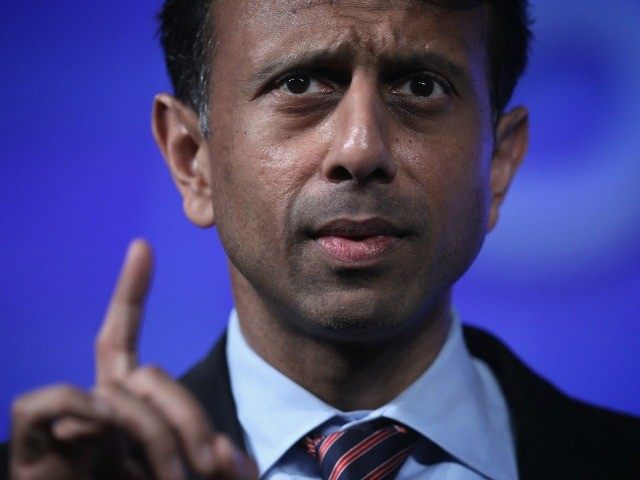 GOP 2016 contender Bobby Jindal writes in a blog post Tuesday that the mass shootings experienced in the United States are a “symptom of deep and serious cultural decay in our society.”

The Louisiana governor writes that America is in a vicious cycle when it comes to mass shootings like the one in Oregon last week:

Another week, another mass shooting, another press conference by the President lecturing us on the need for gun control, and now Hillary and Obama are in a race to see which of them can be the most extreme in trying to destroy the Second Amendment to the Constitution of the United States. Rinse and repeat.

Jindal continues to reflect on the root causes of the shootings.

“These shootings are a symptom of deep and serious cultural decay in our society,” he explains. “These acts of evil are a direct result of cultural rot, and it is cultural rot that we have brought upon ourselves, and then we act like we are confounded and perplexed by what is happening here.”

Citing examples of the “cultural rot,” Jindal notes that popular entertainment is now a “continuous stream of grotesque killing of every kind imaginable.”

“We devalue human life, we have no regard for the sanctity of human life in any regard, from the unborn, to the old, and to every single person in between, we devalue it and act as if we have almost no regard for humanity,” he writes.

Our families are a complete mess, and we have raised tens of millions of young boys who will never become real men because they have no values whatsoever, they have no truth in their lives, and they have no regard for common decency.

Oh, we make sure that we stop them from bullying at school, but we are completely fine with them watching people get murdered and raped on the internet after school, and we are willing to let them go to the basement and join a fantasy world where they pretend they are killing people for 2 hours after school.

And who is it that generally commits these evil acts of mass murder that are becoming routine? It’s almost always young men who have either no father figure in their lives, or a broken relationship with their father. Is this just a coincidence? Of course not.

Jindal says the cause of mass shootings is not guns, but the culture of death.

He explains simply: “Garbage in, garbage out. We fill our culture with garbage, and we reap the result.”

“Meanwhile, the shallow and simple minded liberals will continue to blame pieces of hardware for the problem, and they will long for the days before firearms were invented,” Jindal adds. “But the simple truth is, as long as we place no value on human life, as long as we glorify senseless violence and evil, we will get the exact same result.”