Previous Next
What sort of crazy country persecutes law-abiding while rewarding jihadi terrorists? 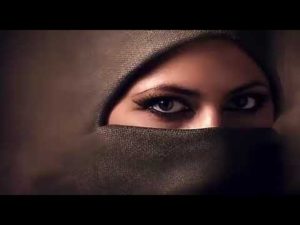 Western societies that demonize and destroy voices of freedom while lauding and championing terror-tied orgs and individuals would naturally reward jihad savages while burning their own citizens. On its face of it, this article may shock, but in reality, it is the logical end to our morally inverted civilizational self-loathing.

The UK is in full appeasement and capitulation mode. They banned me from the country for speaking the truth about Islam. Now the May government is going after anyone in the country who dares say a word against jihad terror, on bogus “hate speech” charges. They’re far more concerned with “islamophobia” than with jihad terror, as if no one could legitimately be concerned about Islam or Muslims except for “islamophobic propaganda.” This is all an attempt to shut down the conversation Britain desperately needs to have about jihad terror.

It was a great civilization. Now it is dying, quickly, before our eyes.

“What sort of crazy country persecutes the law-abiding while rewarding jihadi terrorists?,” by Andrew Devine, The Conservative Woman, April 21, 2018 (thanks to Inexion):

A country that would – intentionally or otherwise – deport its own citizens or deprive them of access to basic services because they are missing paperwork, but lets jihadis who want to murder and maim stroll in to the country and rewards them with front-of-the-queue welfare perks, really needs to grab itself by the scruff of the neck and have a word with itself.

In 1948, the British Nationality Act quite rightly gave UK citizenship rights to citizens of British colonies and members of the commonwealth. The passing of this legislation inspired what came to be known as the Windrush generation to emigrate from across the West Indies to Britain. Whilst this act has been superseded by subsequent legislation, the Immigration Act of 1971 gave the right to abode to citizens of former British colonies resident in Britain who had yet to apply formally for British citizenship.

But many legal immigrants from this generation either never applied for citizenship, or their children didn’t and the state never got on with the job of tracking them down to ensure they had the official documentation that evidenced their guaranteed right of abode. As a result, over the last few years, some – we don’t yet know how many – were caught up in the Home Office’s necessary clampdown on the huge levels of illegal immigration into the country. It is not just a grave injustice but ironic that those with a legal right to citizenship who came to Britain as children with their parents after the war to help rebuild the country have faced threats of deportation because the UK Home Office was obsessed with bureaucratic box ticking, falling foul of an attempted illegal clampdown – not the illegals themselves.

What makes the Windrush scandal even more enraging is that at the same time home-grown jihadi ISIS fighters have been allowed to return to Britain where the government has a policy of giving them preferential treatment when it comes to housing and access to education and training opportunities.

The warped logic behind this policy – which defies any common sense – is that if we bribe Islamists with housing and other goodies they might refrain from blowing us up on the way to work or driving over us in the streets from now on. Not only is it morally wrong to reward terrorism, but bumping terrorists to the top of an over-subscribed social housing list means more deserving and law-abiding people have to do without.

Any government that comes to treats its own law-abiding citizens with such disdain whilst it rewards those who wish to overthrow the state is simply not fit to govern.

On May 26, four days after the terrorist attack on an Ariana Grande concert in Manchester, British intelligence officials stated that they had identified 23,000 jihadist extremists living in the UK, all of them considered potential terrorist attackers. You might think that the 23,000 jihadis already in the UK that the state admits it can’t monitor is enough. No, the terror law watchdog said authorities should look to ‘reintegrate’ the ‘young’ and ‘naïve’ jihadis who travel to warzones, rather than prosecute them, on their return to the country – that jihadists returning from Syria to the UK should be given a ‘second chance’ and should ‘reintegrate’ within society….

Pamela Geller’s shocking new book, “FATWA: HUNTED IN AMERICA” is now available on Amazon. It’s Geller’s tell all, her story – and it’s every story – it’s what happens when you stand for freedom today. Pamela Geller is the President of the American Freedom Defense Initiative (AFDI), publisher of PamelaGeller.com and author of The Post-American Presidency: The Obama Administration’s War on America and Stop the Islamization of America: A Practical Guide to the Resistance.

Stay on top of the news the media censors and scrubs.