We Are Under His Wings – An Encouragement

Previous Next
We Are Under His Wings – An Encouragement

WE ARE UNDER HIS WINGS–AN ENCOURAGEMENT

WE ARE UNDER HIS WINGS–AN ENCOURAGEMENT

Lord, thank You that You care for each and every one of us. Please help our hearts to be surrendered to You.

Today of all days I should not be writing an article. Everything is falling apart. The sun seems to have hidden itself. My eyes are clouded with tears.

Things aren’t going well for me lately. It’s hard to believe a solution is possible. To add to this, the nation I live in is under attack. The future feels hazy and unpredictable.

As these things pervade my mind today, I begin moping around the house. With my head down I walk past my son’s room. That’s when I hear a familiar sound. My son’s bird is happily whistling. I walk into the room and immediately he starts singing, “I love you, I love you, I love you.” In an instant my heart melts.

I pick up Casper, who is a beautiful all-white cockatiel, and take him into the living room with me. Right away he starts singing as he walks over to my feet. You see, Casper has a habit most people would find strange. Even the veterinarian thinks it’s unusual. Casper’s weird habit is that he adores feet! The moment he sees my feet, he rushes over and begins spreading his wings over them. He hovers gently and methodically as he sings, “I love you, I love you, I love you.” Next, he kisses my feet and rubs his soft head on them. After a minute or two, he paces back and forth as if guarding my feet from approaching enemies. Then it’s back to hovering over my feet with his wings, while he sings.

Today, as I watch this unfold, I begin to cry because I realize Casper’s actions are a reminder of something that supersedes and overcomes all the problems in my life and nation right now. Psalm 91 immediately comes to mind, especially the verse that says, “He will cover you with his feathers, and under his wings you will find refuge.” Like Casper’s wings that hover over my feet, I am suddenly reminded that Jesus has all my problems under HIS FEET. Jesus offers comfort to me in my darkest hour.  As Zephaniah 3:17 says, “he will rejoice over me with singing.” Jesus guards my heart and life. He takes me under his wings and gives me shelter, much like a bird does for its babies.

But there’s even more to this and it’s seen in the garment that Jesus would have worn during his time on earth. All Jewish males were commanded to wear a prayer shawl, known as a tallit (Numbers 15:37-41).  This rectangular shawl would have laid on the shoulders of Jesus. There are four corners to the tallit which are called wings. Hanging from the wings are fringes called tzitzit. The tzitzit are knotted and twisted in a special way to symbolize God’s commandments. 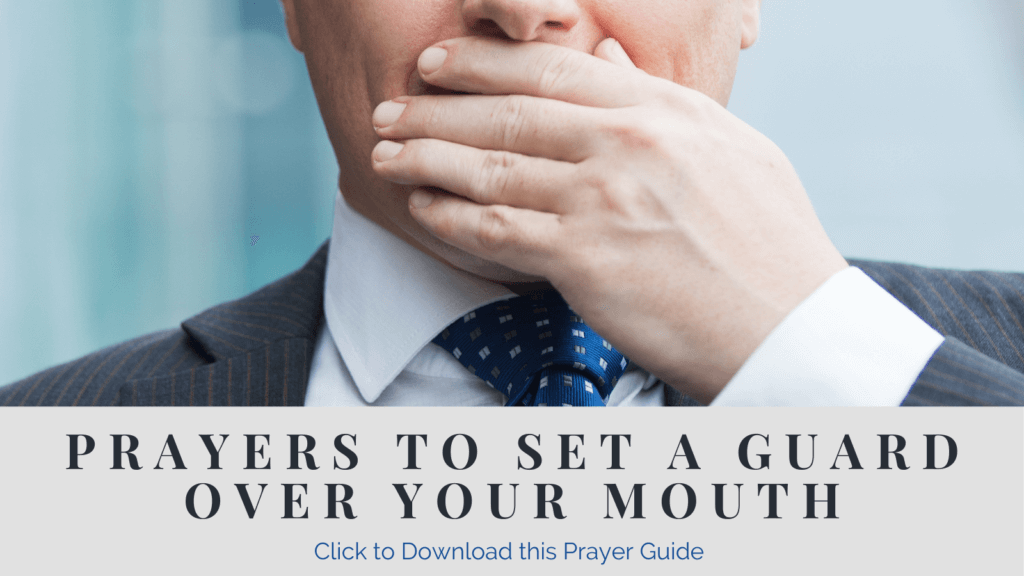 The tallit becomes a secret shelter for the person wearing it when they place it over their head. The sides and wings of the shawl become walls of protection around the wearer. Another name for the tallit is “little tabernacle.” It is under this little tabernacle with wings that one dwells with God and takes refuge through prayer. Psalm 91 tells us that, “Whoever dwells in the shelter of the Most High will rest in the shadow of the Almighty.” It is under the shadow of the tallit’s wings that one finds rest. Jesus is the living embodiment of the tallit and his wings surround us with deliverance.

During a Jewish wedding, the groom will cover the bride with his prayer shawl (tallit). This is a reminder that she is under his wings and protection. It’s also a reminder that they will dwell under the commandments of God. In addition, the wedding canopy (chuppah) will often be covered by a large tallit, symbolizing this same concept. The couple is married under this canopy which symbolizes their union with God and his sovereignty over their marriage.

As believers we are the Bride of Christ. Because of this, we too are under the protection of our Groom’s wings. When we are troubled, we must take refuge in Him. We don’t need to have a tallit to do this, but it’s a beautiful reminder of His love and protection.

Jesus most certainly wore a tallit, and it’s referenced beautifully in the story of the woman who had a bleeding condition that persisted for 12 years. This woman had sought many treatments, but to no avail. In fact, the condition grew worse. Her last hope was Jesus.

Even though Jewish law declared she was unclean due to her bleeding issue (Leviticus 15:25-27), she reached out for Jesus’ cloak, which would have been his tallit. The key to understanding this lies in Matthew 9:20-22 when it says, “Just then a woman, who had been subject to bleeding for twelve years, came up behind Him and touched the hem of his garment.”

This word translated as “hem” is actually referring to the fringes of his tallit. These fringes (tzitzit) would have hung from each corner (wing) of Jesus’ garment. The woman simply reached for one of these fringes/tassels. Immediately Jesus felt power leaving him. This is amazing when you consider this verse from Malachi 4:2, NLT which says, “But for you who fear my name, the Sun of Righteousness will rise with healing in his wings.”

Though things are difficult right now, there is healing in HIS WINGS. Like the woman with the bleeding issue, we just have to reach out. The fringes of the tallit represent the Word of God. The wings represent taking refuge in Him through prayer and worship. We need all these things to receive healing in our lives and nation. Like Exodus 19:4 says, “You have seen what I did to the Egyptians. You know how I carried you on eagles’ wings and brought you to myself.”

God cared for the nation of Israel like an eagle cares for her babies as seen in Deuteronomy 32:10-11 (NIV).

“In a desert land he found him, in a barren and howling waste. He shielded him and cared for him; he guarded him as the apple of his eye, like an eagle that stirs up its nest and hovers over its young, that spreads its wings to catch them and carries them aloft.”

God guarded the nation of Israel like a mother eagle. He hovered over them. The word for hovered used in the scripture is the Hebrew verb rachaph (Strong’s 7363). This word can also mean flutter. It is used twice in reference to God. The other place is in Genesis 1:2 which describes the spirit of God moving across the waters and hovering over the deep.

When Casper hovers over my feet I am reminded that God does the same thing for our nation. He stands guard over our land and people. By the way, do you know what Casper does if I try to touch him when he’s guarding my feet? He swiftly charges forward and moves in with a swift bite! Imagine how God feels when the enemy touches the apple of his eye!

God can use his creation to remind us of his promises. He used my son’s pet bird to bring new life into my spirit. Suddenly everything wasn’t falling apart. My heart was filled with joy. But most importantly, the sun was shining– or should I say, the SON was shining. The next time you feel like the wind has been knocked out of you, let Him be the wind beneath your wings. 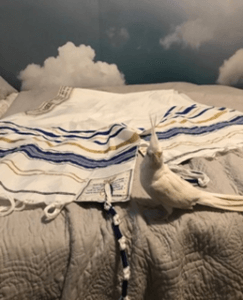