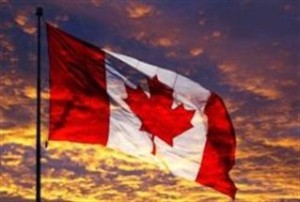 Photo opportunities and politically correct actions, but no substance or values, to be seen in Trudeau’s premiership.

The writer, an Italian journalist with Il Foglio, writes a twice-weekly…

What better place than the Davos Forum in Switzerland to offer “the new image of Canada” to the people who count? Like George Soros, who elected Justin Trudeau, his favorite politician. The compassionate Canadian premier in Davos was shown with a Jamaican who praised the green energies at the Caribbean and a woman who told him of her suffering in Gaza.

Since being elected, “baby face” Trudeau has excelled in photo opportunities and tears.

There is the photo of Trudeau receiving, between “ahlan sahlan wa” (welcome in Arabic) and a selfie, the first group of Syrian migrants at the Toronto airport, reaching out to them with warm clothes to face the Canadian winter. There is the photo in which Trudeau, to atone for his sense of guilt, is dressed in a robe of Indian natives and dances to a Punjabi song. There is a photo in which Trudeau appears in a sort of gay nativity alongside an MP of his party, his partner and their two daughters conceived with the surrogate mother.

But the first real test of leadership, the massacre in Burkina Faso and the killing of six civilians who were Canadians, served to wipe off Trudeau’s smile. Yves Richard, who lost his wife Maude in the massacre, hung up on the phone call from the Canadian Prime Minister, who had waited three days before presenting his condolences. Maude’s mother has instead told Trudeau that if he wants to honor her murdered daughter, he must abandon his plans for disengagement from the war on the Islamic state.

The day after the killing of Canadians in Burkina Faso, where they had gone to build schools and hospitals, Trudeau visited a mosque in Peterborough. And when he spoke at the podium, Trudeau equated the terrorist attack with the arson at a mosque in Canada. He used stronger words for the mosque than those he used to condemn the massacre in Burkina Faso.

It is the impossible paradox of a liberal prime minister who, since being elected, defended the right of Canadian women to wear the hijab (Islamic veil), but also praised Canadian secularism and in whose government,  half of his ministers chose not to pronounce the words of the rite “So Help Me God” during their oath.

And the Prime Minister has already made it clear that for Israel, which had a great and principled ally in Harper’s Canada, the music has already changed.

The first political gesture by Prime Minister “baby face” Trudeau was the withdrawal of the six Canadian fighter bombers engaged in the war on ISIS. This despite the fact that Canada is, in proportion to its population, the country from which more volunteers left to fight for the Caliphate. Terrorism has not been the priority of Trudeau in these three months, not like “gender equality”, global warming and the injustice committed centuries ago against the Natives. And the Prime Minister has already made it clear that for Israel, which had a great and principled ally in Harper’s Canada, the music has already changed.

Trudeau’s government itself is a postcard vision of political correctness: half of the ministers are women (“we are in 2015!” chanted Trudeau at the presentation of the executive), there are two Aboriginal and three members of the Sikh minority, including a disabled person and an Afghan refugee.

A policy of “inclusion” that Trudeau has also applied to migrants is open doors for male homosexual Syrians, less to heterosexuals because those are more likely to embrace ISIS. At least in the magical world of Justin Trudeau who, according to the perfidious Ezra Levant, “cannot distinguish Hummus from Hamas”.

Trudeau’s stupid smile is the mirror of the Western decadence.