The Six Trials of Jesus

Previous Next
The Six Trials of Jesus

The Six Trials of Jesus 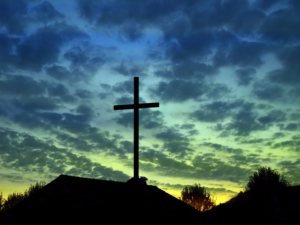 One of the most dramatic and far-reaching events in world history is the execution of Jesus Christ of Nazareth. While Easter is the Christian holiday celebrating the resurrected Messiah, there would be no Easter without a crucifixion; and no crucifixion without trials that set up Jesus for execution.

These trials are fascinating for the legal procedures from Jewish and Roman law. But ultimately the political struggle over control of the Temple helped doom Christ.

Of course the law for the ancient Jews was found in the Old Testament, especially in Deuteronomy and Leviticus. But the Mishnah also contains law as it was developed for the ancient Israeli courts. According to legend, the Mishnah is the “oral half” of Moses’ Mt. Sinai law “…that which is memorized by rote.” Cited here is Mishnah tractate Sanhedrin, being the Jewish legal rules drawn from the Pentateuch, and other sources for the Israeli court system. The Talmud is the supreme extract of Mishnah, considered the most influential document in the history of Judea.

The Sanhedrin were Jewish leaders, both locally and nationally, according to Lawrence. In Hebrew communities with at least 120 families, a smaller Sanhedrin consisted of 23 members who made all decisions. The Greater Sanhedrin was a national council of 70 members plus the High Priest, acting as Israel’s final Court of Appeal. This body combined functions of legislative, judicial, and executive. There were 24 chief priests, 24 elders, and 22 scribes on the panel. This design was allowed by the Romans when they ruled Jewish lands.

III. The Six Trials of Jesus & a Crucifixion

Legal historians count six different trials of Christ, according to John W. Lawrence in The Six Trials of Jesus, each having a judicial, or at least a pseudo-legal component.

Somewhere between 30-33 A.D., in Jerusalem on Thursday, week of Passover, directly after the Last Supper, Jesus went to pray in the Garden of Gethsemane. There, considering His coming torture and grisly death—he “sweated blood” in apprehension. A group approaching Him was led by Judas, who betrayed His identity by a kiss. This group of Jewish officials also included a cohort of perhaps 1,000 Roman soldiers and support. After ascertaining his identity, he was delivered to Annas, perhaps the most powerful Jewish politician and religious official of his day.

The text says, “Then the detachment of soldiers with its commander and the Jewish officials arrested Jesus. They bound him and brought him first to Annas, who was the father-in-law of Caiaphas, the high priest that year.” (John 18:12-13) Annas was considered true High Priest of Israel, even though his son-in-law Caiaphas occupied the elected position, being the power behind the throne, as 5 of his sons, the son-in-law, and a grandson all were elected High Priest during his life.

Christ’s first “religious trial” occurred before the Annas. His family ran a racket in the Temple where their cartel controlled the sale of sacrificial animals. Jesus was hated for driving out this money-making horde by whip.

Jesus was led by soldiers to Annas’ house for initial interrogation, questioned for His followers and teachings:

Meanwhile, high priest (Annas) questioned Jesus about his disciples and his teaching.“I have spoken openly to the world,” Jesus replied. “I always taught in synagogues or at the temple, where all the Jews come together. I said nothing in secret. Why question me? Ask those who heard me. Surely they know what I said.” When Jesus said this, one of the officials nearby slapped him in the face. “Is this the way you answer the high priest?” he demanded. “If I said something wrong,” Jesus replied, “testify as to what is wrong. But if I spoke the truth, why did you strike me?” Then Annas sent him bound to Caiaphas the high priest. (John 18:19-24)

Jesus relied upon Jewish legal tradition to not condemn Himself. Having decided Christ was guilty, nonetheless, Annas sent him to Caiaphas.

Early Friday morning, Jesus faced the standing High Priest Caiaphas and Sanhedrin Great Council. Many witnesses indicted Christ, but none agreed on specifics. But the purpose of the court was to frame Jesus: “Now the chief priest and the whole council sought false witness against Jesus, that they might put him to death; and they found it not, though many false witnesses came.” (Matthew 26:59-60)

But during this trial Jesus was asked by the High Priest about his true identity, invoking the “Living God”:

The high priest said to him, “I charge you under oath by the living God: Tell us if you are the Messiah, the Son of God.”
“You have said so,” Jesus replied. “But I say to all of you: From now on you will see the Son of Man sitting at the right hand of the Mighty One and coming on the clouds of heaven.”

Then the high priest tore his clothes and said, “He has spoken blasphemy! Why do we need any more witnesses? Look, now you have heard the blasphemy. What do you think?”

Christ was forced to answer truthfully in the name of God. When Jesus admitted being Messiah, he claimed equality with God, so supposedly blasphemed Himself to the Jews. So a sentence of execution was demanded.

3. Trial Before Sanhedrin, Early Next Morning

The trial before the Sanhedrin had to be done in the morning to ratify the previous trial because it had been done at night, which was illegal, according to Lawrence. But there are significant differences from the night before.

First, the setting is Sanhedrin’s Great Hall, instead of Caiaphas’ home. Also, Caiaphas is no longer in charge, and not even mentioned. Further, there are no witnesses mentioned. Instead, Christ’s admission to “blasphemy” is the key piece of evidence. But in His testimony, Christ refuses to agree, noting even if He admits this, they still will not believe. The group votes by merely standing to show a consensus. Jesus is now taken to Pontius Pilate for his first civil, Roman trial.

The following trial was next morning, early Friday, the sun yet to rise, probably around 5 am, according to Lawrence. Jesus was taken to Pilate since the Jews had condemned him to death, they had no right to execute anyone. Fascinatingly, while they wanted to kill Christ for claiming to be God, this was not against Roman law. In fact, Romans themselves regarded Caesar Augustus as God. So the Jews had to invent a charge worthy of death.

Pilate was Procurator of Palestine; infamous for bloodthirsty rule and hating Jews. When the Sanhedrin demanded Jesus executed, he did not immediately acquiesce. Pilate asked, “What charges are you bringing against this man?” (John 18:28) The charge they leveled was: “We have found this man subverting our nation. He opposes payment of taxes to Caesar and claims to be Messiah, a king.” (Luke 23:2)

After questioning Christ, and finding no crime, Pilate tried to release Him. But the Sanhedrin would not acquiesce. Fearing insurrection, Pilate had him whipped. Then, not being willing to execute Him, he sent him to Herod Antipas, noting Jesus was a Galilean, and therefore under Herod’s jurisdiction.

Christ was then sent to Herod who was greatly interested, having heard of His exploits, and hoping to see some miracles. This is the same Herod whom beheaded John the Baptist after promising his stepdaughter, Salome, anything she asked for, during a feast when she danced seductively for him.

But when Herod questioned Christ, all he received was silence: “He plied him with many questions, but Jesus gave him no answer.” (Luke 23:9) In response, having heard the charges, and knowing all the players, Herod declares Jesus innocent, as well.

Jesus was returned to Pilate. Both leaders declared Jesus innocent:

Pilate called together the chief priests, the rulers and the people, and said to them, “You brought me this man as one who was inciting the people to rebellion. I have examined him in your presence and have found no basis for your charges against him. Neither has Herod, for he sent him back to us; as you can see, he has done nothing to deserve death. Therefore, I will punish him and then release him.” (Luke 23:13-16)

The Sanhedrin were furious Jesus defied their Temple monopoly, so he must die. Pilate did not want to execute Christ, finding him innocent. His wife also warned him: “While Pilate was sitting on the judge’s seat, his wife sent him this message: “Don’t have anything to do with that innocent man, for I have suffered a great deal today in a dream because of him.” (Matt 27:19) But when Pilate realized the crowd was getting unruly, he decided to execute Christ, and lay responsibility on the Jewish leaders.

“What shall I do, then, with Jesus who is called the Messiah?” Pilate asked.
They all answered, “Crucify him!”
Why? What crime has he committed?” asked Pilate.
But they shouted all the louder, “Crucify him!”
When Pilate saw that he was getting nowhere, but that instead an uproar was starting, he took water and washed his hands in front of the crowd. “I am innocent of this man’s blood,” he said. “It is your responsibility!”
All the people answered, “His blood is on us and on our children!”
Then he released Barabbas to them. But he had Jesus flogged, and handed him over to be crucified. (Luke 23: 22-25)

Every legal hearing Jesus experienced was rife with mistakes and falsification. The entire process was a “railroading” to make sure the desired outcome—judicial execution by the state—was achieved. One cannot blame the Jews, as a whole, for this outcome, but instead a corrupt ruling elite.

Some of the illegal activities done by Christ’s accuser’s have been listed by David K. Breed, in his The Trial of Christ. These are termed “Reversible Errors.” They include:

Christ was then crucified, a type of execution described here:

The condemned, after being whipped (“scourged”), dragged the crossbeam of his cross to the place of punishment, where the upright shaft was already fixed in the ground. Stripped nude, his arms nailed firmly to the crossbeam through wrists. The crossbeam was raised high against the upright shaft, then secured 9-12 feet off the ground. Next, feet were nailed to the upright shaft. A ledge was placed halfway up the upright shaft for support to the body. Over the criminal’s head was a notice stating his name and crime. Death was caused by asphyxiation, but could be hastened by shattering the legs (crurifragium) with an iron club.

Christ himself prophesied his coming execution. That he was innocent is attested by his judges, and also granted by accusers when they could not find honest witnesses. Yet, without His death, Christianity would have never arisen to better the world for 2,000 years. Christ’s followers are well-advised, while celebrating His life and death, to recall the extreme ends His enemies went to try and kill His ideas and beliefs. But without Christ and His brave sacrifices up to death, the modern world could never have come into being, nor would Easter’s promise of everlasting resurrection even be imaginable.

Kelly O’Connell is an author and attorney. He was born on the West Coast, raised in Las Vegas, and matriculated from the University of Oregon. After laboring for the Reformed Church in Galway, Ireland, he returned to America and attended law school in Virginia, where he earned a JD and a Master’s degree in Government. He spent a stint working as a researcher and writer of academic articles at a Miami law school, focusing on ancient law and society. He has also been employed as a university Speech & Debate professor. He then returned West and worked as an assistant district attorney. Kelly is now is a private practitioner with a small law practice in New Mexico.