The American Dream Is Dead, And Now Even The Mainstream Media Is Starting To Admit It |OVOMIT SUCCEEDS!!!

Previous Next
The American Dream Is Dead, And Now Even The Mainstream Media Is Starting To Admit It |OVOMIT SUCCEEDS!!!

The American Dream Is Dead, And Now Even The Mainstream Media Is Starting To Admit It

Posted on February 5, 2016 by Michael Snyder 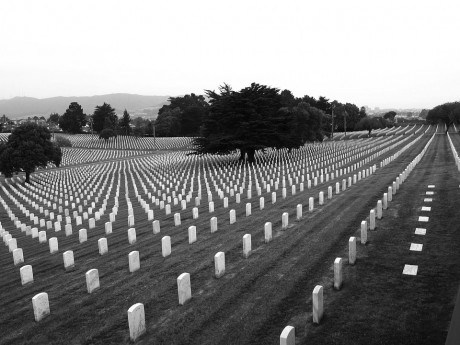 Are you living “the American Dream”?  If so, you should consider yourself to be very fortunate, because most Americans are not.  In fact, as you will see below, a new survey has found that there is nowhere on the entire planet where the average wage earner ismaking enough money to live “the American Dream”.  Once upon a time, the United States had the largest and most prosperous middle class in the history of the world, but now the middle class makes up a minority of the population, 51 percent of all American workers make less than $30,000 a year, and poverty is growing rapidly.  The American Dream is essentially dead, and even the mainstream media is starting to figure this out.

Just today, someone sent me a U.S. News & World Report article entitled “Even Americans Can’t Afford the American Dream”. The following is an excerpt from that article…

The study goes country by country, factoring in average local wages and prices to calculate the regional costs of luxuries such as midsize homes (by U.S. standards, 1,480 square feet); electricity and high-speed Internet; cars and enough money for gasoline; food for a family of four; and enough disposable income to periodically dine out and attend movies or other events.

Researchers ultimately found there isn’t a country on the map whose average wage earner could afford all of these expenses together. What’s more, average consumers in Saudi Arabia and Oman are actually closer to financing these socioeconomic goals than the average American. The average Saudi household would only need to see monthly salaries climb by about $74 to realize the American dream in their own country, while U.S. workers would need hundreds of dollars in additional income.

The American Dream is out of the grasp of most people living in America, and there isn’t anywhere else on the globe where a majority of the workers are experiencing it either.

“After more than four decades of serving as the nation’s economic majority, the American middle class is now matched in number by those in the economic tiers above and below it,” the Pew report said. “Since 1971, each decade has ended with a smaller share of adults living in middle-income households than at the beginning of the decade, and no single decade stands out as having triggered or hastened the decline in the middle.”

Another recent study from the Brookings Institution found that median wages fell in 80 percent of America’s largest metros between 2009 and 2014.

The middle class has been shrinking for a very long time, and now that collapse is accelerating.

So what is the solution?

Well, CNN is reporting that a new survey has discovered that middle class Americans feel that the federal government should do more to help them out…

Hey federal government! The middle class would like some help, too.

A majority of Americans say the feds don’t do enough to help the middle class, according to a Pew Research Center survey released Thursday. The middle class is more neglected than the poor or children, survey respondents said.

More socialism for everyone!

That will solve all of our problems, right?

Of course not.  Actually, if we had a much smaller government that would probably go a long way toward fixing things.  This is hard to believe, but in 2015 Americans spent more on taxes than on food, clothing and housing combined.

If the federal government would just stop taxing us into oblivion, a lot more of us would do okay all on our own.

These days, so many families are just scraping by from month to month.  As the cost of living continues to move steadily upward, many Americans find themselves forced to go into debt just to cover basic expenses.

And our society actually encourages all of us to go into debt, and so we think that it is okay.  But many of us end up digging financial holes that we never get out of.  This is especially true for a lot of young people today.  One recent survey found that 68 percent of all Americans had destroyed their credit before the age of 30.

Of course then we hear on the news that the economy is “not growing fast enough” because consumers are not spending enough money.

The experts that are telling people this don’t seem to understand that most consumers are tapped out at this point.

You can’t get blood from a rock, and as a result a lot of retailers are really hurting right now.  The following list of store closures comes from my recent article about the ongoing retail apocalypse…

-Wal-Mart is closing 269 stores, including 154 inside the United States.

-K-Mart is closing down more than two dozen stores over the next several months.

-J.C. Penney will be permanently shutting down 47 more stores after closing a total of 40 stores in 2015.

-Macy’s has decided that it needs to shutter 36 stores and lay offapproximately 2,500 employees.

-The Gap is in the process of closing 175 stores in North America.

-Aeropostale is in the process of closing 84 stores all across America.

-Finish Line has announced that 150 stores will be shutting down over the next few years.

-Sears has shut down about 600 stores over the past year or so, but sales at the stores that remain open continue to fall precipitously.

When I was a young boy, I think that you could have said that the American Dream was still alive and well in the United States.

But after decades of exceedingly foolish decisions, things have completely changed and the middle class is dying right in front of our eyes.

If you doubt this, please see the list of statistics that I have shared below that comes from one of my previous articles…

#1 This week we learned that for the first time ever recorded, middle class Americansmake up a minority of the population. But back in 1971, 61 percent of all Americans lived in middle class households.

#2 According to the Pew Research Center, the median income of middle class households declined by 4 percent from 2000 to 2014.

#3 The Pew Research Center has also found that median wealth for middle class households dropped by an astounding 28 percent between 2001 and 2013.

#4 In 1970, the middle class took home approximately 62 percent of all income. Today, that number has plummeted to just 43 percent.

#5 There are still 900,000 fewer middle class jobs in America than there were when the last recession began, but our population has gotten significantly larger since that time.

#6 According to the Social Security Administration, 51 percent of all American workers make less than $30,000 a year.

#8 A recent nationwide survey discovered that 48 percent of all U.S. adults under the age of 30 believe that “the American Dream is dead”.

#9 At this point, the U.S. only ranks 19th in the world when it comes to median wealth per adult.

#10 Traditionally, entrepreneurship has been one of the engines that has fueled the growth of the middle class in the United States, but today the level of entrepreneurship in this country is sitting at an all-time low.

#11 If you can believe it, the 20 wealthiest people in this country now have more moneythan the poorest 152 million Americans combined.

#13 If you have no debt and you also have ten dollars in your pocket, that gives you a greater net worth than about 25 percent of all Americans.

#14 The number of Americans that are living in concentrated areas of high poverty has doubled since the year 2000.

#15 An astounding 48.8 percent of all 25-year-old Americans still live at home with their parents.

#16 According to the U.S. Census Bureau, 49 percent of all Americans now live in a home that receives money from the government each month, andnearly 47 million Americansare living in poverty right now.

#18 According to Kathryn J. Edin and H. Luke Shaefer, the authors of a new book entitled “$2.00 a Day: Living on Almost Nothing in America“, there are 1.5 million “ultrapoor” households in the United States that live on less than two dollars a day. That number has doubled since 1996.

#19 46 million Americans use food banks each year, and lines start forming at some U.S. food banks as early as 6:30 in the morning because people want to get something before the food supplies run out.

#20 The number of homeless children in the U.S. has increased by 60 percentover the past six years.

#21 According to Poverty USA, 1.6 million American children slept in a homeless shelter or some other form of emergency housing last year.