Stock Markets All Over The World Crash As We Begin 2016 |

Stock Markets All Over The World Crash As We Begin 2016 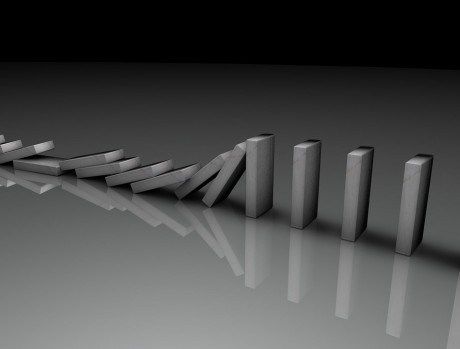 The first trading day of 2016 was full of chaos and panic.  It started in Asia where the Nikkei was down 582 points, Hong Kong was down 587 points, and Chinese markets experienced an emergency shutdown after the CSI 300 tumbled 7 percent.  When European markets opened, the nightmare continued.  The DAX was down 459 points, and European stocks overall had their worst start to a year ever.  In the U.S., it looked like we were on course for a truly historic day as well.  The Dow Jones Industrial Average wasdown 467 points at one stage, but some very mysterious late day buying activity helped trim the loss to just 276 points at the close of the market.  The sudden market turmoil caught many by surprise, but it shouldn’t have.  The truth is that a whole host of leading indicators have been telling us that this is exactly what should be happening.  The global financial crisis that began in 2015 is now accelerating, and my regular readers already know precisely what is coming next.

The financial turmoil of the last 24 hours is making headlines all over the globe.  It began in China.  Very bad manufacturing data and another troubling devaluation of the yuan sent Chinese stocks tumbling to a degree that we have not seen since last August.  In fact, the carnage would have probably been far, far worse if not for a new “circuit breaker” that China recently implemented.  Once the CSI 300 was down 7 percent, trading was completely shut down for the rest of the day.  The following comes from USA Today…

Under a new market “circuit breaker” rule in China established last year, which is designed to slow down markets and halt panic in the event of moves of 5% or more, the CSI 300, a large-company stock index in mainland China was halted for 15 minutes in mid-afternoon trading after diving more than 5%. But when shares headed lower once again just minutes after the initial trading halt, and losses for the day swelled to more than 7%, the new circuit breaker rules kicked in, prompting a shutdown of mainland China’s stock market for the day, according to Bloomberg.

After the first 15 minute halt, panic set in as Chinese traders rushed to get out of their trades before the 7 percent circuit breaker kicked in.  This resulted in an absolutely chaotic seven minutes as investors made a mad dash for the exits…

China’s CSI 300 Index had just tumbled 5 percent, triggering a 15-minute trading halt, and stock investors were scrambling to exit before getting locked in by a full-day suspension set to take effect at 7 percent. When the first halt was lifted, the market reaction was swift: it took just seven minutes for losses to reach the limit as volumes surged to their highs of the day.

“Investors rushed to the door during the level-one stage of the circuit breaker as they fretted the market would go down further,” said William Wong, the head of sales trading at Shenwan Hongyuan in Hong Kong.

The financial carnage continued once the European markets opened.  Markets were red all across the continent, and things were particularly bad in Germany.  The DAX was down 459 points, and it is rapidly approaching the psychologically-important 10,000 barrier.  Overall, it was the worst start to a year that the European markets have ever experienced.

When U.S. markets opened, unexpectedly bad U.S. manufacturing data seemed to add fuel to the fire.  Monday morning we learned that our manufacturing sector is contracting at a pace that we haven’t seen since the last recession…

America’s manufacturing sector shrank for the second straight month in December. The industry’s key index — ISM — hit 48.2% in December, the lowest mark since June 2009. Anything below 50% is a contraction and a month ago it hit 48.6%.

The index has fallen for six straight months.

“The trend is certainly heading in a direction that would ring alarm bells,” says Sam Bullard, senior economist at Wells Fargo.

This is yet another sign that tells us that the U.S. economy has already entered the next recession.

And what happens to the markets during a recession?

In addition to the bad data that we got from the U.S. and China, there was another number that was also extremely troubling.

South Korean exports have traditionally been considered a key leading indicator for the entire global economy, and on Monday we learned that they were down a whopping 13.8 percent in December from a year earlier…

One of the more reliable indicators of the global economy continues to confirm fears of a worldwide slowdown.

South Korean exports — also referred to as the world’s economic canary in the coal mine — fell 13.8% in December from a year earlier.

This was a deterioration from the 4.8% decline in November, and it was much worse than the 11.7% decline expected by economists.

The “nothing is happening” crowd may not be willing to admit it yet, but the truth is that a major global economic slowdown is already happening.

And what happened to global markets yesterday is perfectly consistent with the longer term patterns that have been emerging over the past six months or so.

In the weeks and months to come, things are going to get even worse.  There will always be days when the markets are up, but don’t let those days fool you into thinking that the crisis is over.  In the western world we are so accustomed to 48 hour news cycles, and many of us seem to be incapable of focusing on trends that develop over longer periods of time.

If I was going to put together a scenario for a global financial crisis for a textbook, what we have seen over the past six months or so would be perfect.  Things are playing out exactly how they should be, and that means big trouble for the rest of 2016.

But that doesn’t mean that we have to live in fear.  In fact, I just wrote an entire article entitled “2016: A Year For Living With No Fear“.  It is when times are at their worst that our character is put to the test.  Some will respond to what happens in 2016 with courage and strength, and others will respond with fear and panic.

As things start falling apart all around us this year, how will you respond?