Six Facts That Disprove Everything Liberals Say About Gun Control | 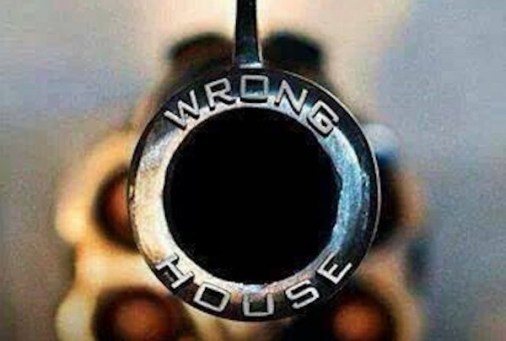 Earlier this week, Judicial Watch came out with the information that one of the guns used in the November 13, 2015 Paris terrorist attacks came from Phoenix, Arizona where the Obama administration allowed Mexican drug cartels to buy thousands of weapons illegally in a deadly and futile “gun-walking” operation known as “Fast and Furious.” Prior to arming Mexican drug cartels and the Paris shooters, the CIA determined that Barack Obama and Hillary Clinton were arming ISIS.

In the immediate aftermath of the Orlando shooting, the New York Times had a big op-ed by a U.C.L.A. ‘Law Professor’ Adam Winkler, who suggested Congress should “secretly” strip Americans of their Second Amendment rights. In a video that can be seen here, I absolutely shredded the asinine arguments the alleged ‘professor of law’ made his op-ed, which frankly was an embarrassment for The Times to even print.

How many liberals have you heard voicing concerns about the U.S. government arming known killers? Any? How many have you heard demanding justice? None. Who are liberals focused on? Liberals are focused on taking guns away from law abiding Americans. How are they focusing their effort? By telling lies, six of which are are listed below, and disprove just about every liberal talking point they have on guns.

Americans need to wake up! Liberals know the demographics of the country are changing so fast, that they’ll have a big enough majority soon to control all three branches of government. Make no mistake: Liberals aren’t “anti-gun” by any means. Liberals in government are very much “pro-gun,” as long as they have the guns. Those same liberals however, are very much against people they want complete control over having guns. Make the distinction.

If you want to actually learn something about guns, the mainstream media is the last place you’ll want to look. The American public’s perception of the firearms debate has been completely warped by the media already. Consider this: there arehalf as many gun murdersper-capita today as there were in the early 1990s, but only 12 percent of Americans are aware of that fact. By contrast, 56 percent think it’s increased, and 26 percent think it’s about the same.

You better believe the solutions proposed by those in Congress is faulty when most don’t even completely understand the nature of the problem. Here are just six facts courtesy of Breitbart News that you won’t see on MSNBC anytime soon…

Although politicians like Hillary Clinton and Bernie Sanders, celebrities like Seth MacFarlene, and too many media pundits to number have referred to the AR-15 as an “automatic” weapon during last few months, the fact remains that AR-15s are semiautomatic firearms. They shoot one round–and only one round–each time the trigger is pulled. This means an AR-15 shoots no faster than a Smith & Wesson M&P 9mm handgun, or a Glock or Sig Sauer .40 caliber handgun, or an H&K or Ruger .45 caliber handgun. Claims to the contrary are either based on ignorance or are part of a focused attempt to demonize the AR-15.

4. Guns Are Legally Used For Self-Defense Purposes Approximately 760,000 A Year

Staggering isn’t it? Especially when you consider the way the mainstream media covers gun crime after gun crime, giving the impression that guns are just bad things which bad people use to hurt good people. Yet Florida State University criminologist Gary Kleck has demonstrated that guns are used for defensive purposes approximately 760,000 a year in the United States.

Obama has already passed countless Executive Orders on gun control. Don’t you think if gun control worked we wouldn’t be in the perpetual state of needing “just one more” gun law?

Michael DePinto is a member of the fast growing un-silent majority that is sick of the insanity going on in this country right now. He has been accused of being vitriolic, bombastic, sarcastic to the extreme, and probably worse behind my back. He is sick of being branded a right wing extremist, racist, homophobe, warmonger, or whatever asinine adjectives Liberal Progressives have for the words COMMON SENSE these days. Michael is also a blogger at The Last Great Stand and and an Attorney.

Article posted with permission from The Last Great Stand