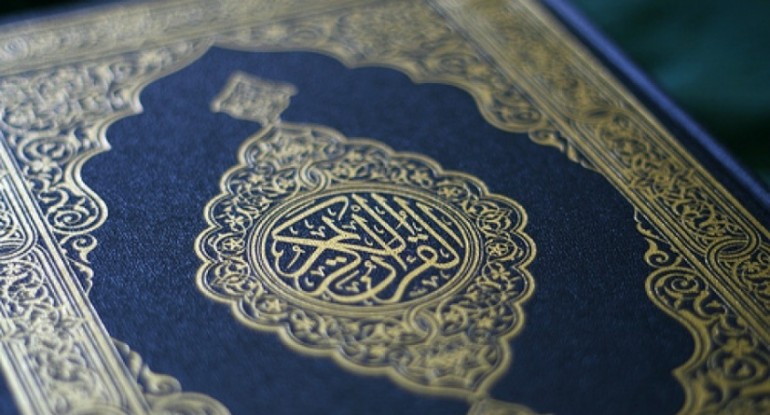 But polling data also reveal that an ominous, growing proportion of American Muslims wish to impose Sharia on America.

Opinion Savvy polled a random sample of 803 registered voters — 98.2% non-Muslim, and 1.8% Muslim (with age, race, gender, political affiliation, and regionpropensity score-weighted to reduce biases) — from June 19 to June 20, 2016. They asked:

Yes, supporters of Sharia should be identified before they are admitted into the US.

The group answering “yes” was then asked:

Once identified, do you believe that individuals who support the practice of Sharia law should be admitted into the United States?

No, supporters of Sharia should not be admitted into the US.

The next query, which addressed only foreign visitors, elicited an even more emphatic demand for fidelity to bedrock First Amendment principles. It asked:

Do you believe that the United States government should require all foreign individuals entering the United States to affirm that they will uphold the principles of the constitution, such as freedom of religion and speech, above all personal ideologies for the duration of their stay in the country?

Yes, visitors to the US should be required to agree to uphold the constitution, regardless of their personal ideology, as a condition of their visit.

Time Is Running Out for American Muslims

Sharia is utterly incompatible with the conceptions of human rights enshrined in the U.S. Bill of Rights.

Here are some liberty-crushing, dehumanizing Sharia sanctions: open-endedjihadism to subjugate the world to a totalitarian Islamic order; rejection of bedrock Western liberties — including freedom of conscience and speech — enforced by imprisonment, beating, or death; discriminatory relegation of non-Muslims to outcast, vulnerable pariahs, and even Muslim women to subservient chattel; and barbaric punishments which violate human dignity such as amputation for theft, stoning to death for adultery, and lashing for alcohol consumption.

Compounding these fundamental freedom and dignity-abrogating iniquities, “matters of procedure” under Islamic law are antithetical to Western conceptions of the rule of law. “Evidentiary proof” is non-existent by Western legal standards, and the Sharia doctrine of siyasa (“government” or “administration”), grants wide latitude to the ruling elites — rendering permissible arbitrary threats, beatings, and imprisonments of defendants to extract “confessions,” particularly from “dubious” suspects. Clearly, Sharia “standards” are intellectually and morally inferior to the antithetical concepts which underpin Western law.

From October 22 to October 26, 2012, Wenzel Strategies polled 600 U.S. Muslims of high socio-economic status. They were asked:

Do you believe that criticism of Islam or Muhammad should be permitted under the Constitution’s First Amendment?

Regarding this most fundamental U.S. right, 58% replied “no”. Only 42% affirmed this most basic manifestation of freedom of speech, i.e., to criticize religious or any other dogma.

Indeed, oblivious to U.S. constitutional law as opposed to Islam’s Sharia, a largely concordant 45% of respondents agreed with the following:

[T]hose who criticize or parody Islam in the U.S. should face criminal charges.

Moreover, fully 12% of this Muslim sample even admitted they believed in application of the draconian, Sharia-based punishment for the non-existent crime of “blasphemy” in the U.S. code, answering affirmatively that:

Americans who criticize or parody Islam should be put to death.

In June of 2015, data from a survey of another 600 U.S. Muslims conducted by the respected political pollster Kellyanne Conway revealed:

51% … agreed that Muslims in America should have the choice of being governed according to Sharia.

Perhaps most frightening, 25% of those polled agreed:

[V]iolence against Americans here in the United States is justifiedas a part of the global jihad.

Why is Sharia supremacism — which is diametrically opposed to U.S. Constitutional law — so alarmingly prevalent among U.S. Muslims? The inescapable conclusion, validated in Senate Judiciary Committee testimony this week by Department of Homeland Security whistleblower Philip Haney, is that mainstream institutional Islam within the U.S. inculcates this liberty-crushing mentality.

Haney’s presentation mentioned in passing the mainstream Assembly of Muslim Jurists of America, (AMJA). Well-accepted by the broader American Muslim community, the Islamic scholars affiliated with AMJA have attained influential positions in universities, Islamic centers, and mosques throughout the United States. AMJA scholars train American imams. They issue online “fatwas” — Islamic Sharia rulings — to guide individual Muslims. Should the mainstream AMJAaccomplish its unabashed goal of implementing Sharia in North America, the organization has already issued a ruling which sanctions the killing of non-Muslim “blasphemers.”

Forty years ago, Husayn al-Quwatli — director general of Dar al-Ifta, the center of spiritual authority for the Sunni community of Lebanon, and author of the treatiseIslam, the State, and Secularism (1975) — candidly elucidated the Muslim Sharia supremacist mindset which perhaps best validates Trump’s moratorium:

The position of Islam is very clear on one point, namely that the true Muslim cannot take a disinterested position vis-à-vis the state. As a result, his position with regard to ruler and rule cannot be an indecisive one which is content with half solutions.Either the ruler is Muslim and the rule Islamic, then he will be content with the state and support it, or the ruler non-Muslim and the rule non-Islamic, then he rejects it, opposes it, and works to abolish it, gently or forcibly, openly or secretly.