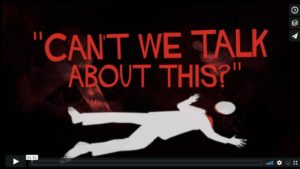 Democrats are fighting any criticism of Sharia and blocking any legislation against foreign laws, specifically Sharia, from being implemented in the US. I hope the democrats and media will finally stop wondering “Why Fear Sharia?” if they allow themselves to read some of the most barbaric laws practiced on Earth today and save us, and our children, from ever seeing a day of life under sharia:

Below is a list of some controversial Islamic laws (Sharia) that represent a major threat to our Bill of Rights and Constitution. I hope the New York Times will stop asking us “Why Fear Sharia?”:

A Muslim will not be subject to retaliation (prosecution) if he kills an apostate, since it is someone who deserves to die.
Parents and grandparents will not be prosecuted for killing their offspring or offspring’s offspring. This law is significant to getting those who honor kill off the hook.
A Muslim will not be executed for killing a kaffir (non-Muslim).
It is obligatory for a Muslim to lie if the purpose is obligatory, such as fulfilling Allah’s commandments of jihad.
Slander and exaggeration is allowed if the purpose is lawful. No guilt or shame should be associated with slander of the perceived enemy, and if it is for protecting Islam and for the benefit of Muslims.
Sharia has no respect for sovereignty of other nations and non-Muslims, because of the doctrine of jihad, defined as “to war against non-Muslims to establish the religion.”
It is a capital (enormity) crime for any Muslim who chooses to “Not perform jihad or flee from combat with (kaffir) unbelievers.”
It is the duty of every Muslim head of state (Caliph) to wage jihadist wars against non-Muslim nations, especially neighboring ones. Muslim Caliphs who refuse jihad are in violation of Sharia and unfit to rule.
A Caliph could hold office through seizure of power meaning through force.
A Caliph is immune (Maasum), exempt, from charges of murder, adultery, robbery, theft, drinking, and in some cases of rape.
A manmade government (legal system), such as democracy, is an abomination and must be eliminated.
A percentage of Zakat (alms) must go towards jihad.
It is obligatory to obey the commands of the Caliph even if he is unjust.
A caliph must be Muslim, not a slave, and male.
The Muslim public must remove the Caliph if he rejects Islam or refuses to rule by Sharia.
A non-Muslim cannot inherit from a Muslim.
No testimony in court is acceptable from people of low-level jobs, such as street sweepers or bathhouse attendants. Women in low-level jobs are not awarded custody of children in case of divorce.
A non-Muslim cannot rule, even over a non-Muslim minority.
Homosexuality is punishable by death.
Women are forbidden from becoming president or judge.
There is no age limit for marriage of girls. The marriage contract at any age after birth and consummation of marriage at age 8 or 9.
A husband has the right to beat his wife and does not have to say why to her family or police.
Rebelliousness on the part of the wife nullifies the husband’s obligation to support her, gives him permission to beat her and keep her from leaving the home.
Divorce is only in the hands of the husband and is as easy as saying: “I divorce you,” and is effective even if the husband says he did not intend it.
A wife has no right to divorce her husband, even if he is polygamous, with additional wives.
A man is allowed to have sex with slave women and women captured in battle, and if the enslaved woman is married, her marriage is annulled.
There is no community property between a husband and his wife/wives.
A woman inherits half what a man inherits.
Parents have the legal right to perform female genital mutilation on minor daughters.
A man must pay the woman dowry to be given in exchange for his right to her sexual organs.
A rapist may only be required to pay money (dowry) without marrying the rape victim.
A man is allowed to have sex with slave women and women captured in battle, and if the enslaved woman is married her marriage is annulled.
A woman’s testimony in court is half the value of a man.
A woman loses custody of her children if she remarries.
To prove rape a woman must have four male witnesses.
A woman must cover every inch of her body, which is considered awrah (a sexual organ). Exposing face is allowed by most, but not all Sharia schools.
A Muslim man will not be prosecuted if he kills his wife if caught in the act of adultery. However, the opposite is not true since husband “could be married to the woman he was caught with.” Thus loyalty is only expected from wife, and not the husband.
Free speech is unprotected and harshly punished if it involves any criticism of Muhammad, Islam or Sharia itself. Both Muslim and non-Muslim critics of Muhammad will be executed even if they repent.
The banking system must be Sharia-compliant.
A government must rule by Sharia and a Muslim head of state.
All of the above laws (except number 8, which is not Shafi’i) are mainstream Sharia. They are all found in the Shafi’i book Reliance of the Traveler, which has the stamp of approval by all Sunni religious authorities, including al Azhar University.

Pamela Geller’s shocking new book, “FATWA: HUNTED IN AMERICA” is now available on Amazon. It’s Geller’s tell all, her story – and it’s every story – it’s what happens when you stand for freedom today. Buy it. Now. Here.

Nonie Darwish, a Middle East scholar, is Director of Former Muslims United (an AFDI Initiative) and author of Cruel and Usual Punishment and
Wholly Different: Why I Chose Biblical Values Over Islamic Values.
CONNECT WITH US
Stay on top of the news the media censors and scrubs. Subscribe here (it’s free). Follow Pamela Geller on Facebook here and Twitter here. Support the work and the website, it’s critical to the fight – donate here.