Michele Bachmann Warns Against Islam Because Of THIS Happening In Minnesota!! | From The Right

Previous Next
Michele Bachmann Warns Against Islam Because Of THIS Happening In Minnesota!! | From The Right 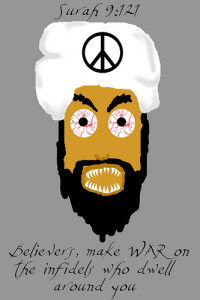 Michele Bachmann Warns Against Islam Because Of THIS Happening In Minnesota!!

Michele Bachmann is a favorite target for liberals, so they took potshots at her when she put out this tweet:

Unless we stop this, we’re on our way to living under Islam. https://t.co/ksIxIL4h11

And although it is a slight exaggeration, she’s right to object to this establishment of Islam in our public schools.

Some parents in the Anoka-Hennepin School District are questioning a choir teacher’s decision to use a song about Ramadan performed in Arabic at a holiday concert.

At Thursday night’s concert at Blaine High School, one of the songs students will be singing includes Arabic words, including the phrase “Allahu Akbar,” which means “God is great.”

Christian and Jewish songs will be performed as well, but the Ramadan song is getting all the attention.

It started with a post on Facebook. A parent of a ninth-grade Blaine choir student posted the lyrics to the song the choir has been practicing. When others learned students would be singing the song on Thursday, the comments took a turn.

One person posted, “No child should be forced to sing a song about the Muslims and the religion of hatred.”

Another parent, who didn’t want to be identified, told WCCO phone that considering the recent events in Paris and San Bernardino, singing a song about Allah would be “insensitive.”

The Anoka- Hennepin School District said they have received about a dozen complaints about the song. Some are from parents, some are from people not even affiliated with the school.

In a statement, the district said that they have students from many different backgrounds and cultures, and they promote equal opportunities for all students.

“Songs are not performed in a worship setting or to promote religion,” the district’s statement said. “but rather in [an] educational setting where students are learning and performing music.”

A spokesman for the district said the Arabic song will be sung during an audience participation portion of the concert.

Parents have every right to say that they don’t want their kids being indoctrinated into Islam. Christianity was woven into the foundational fabric of this country, not Islam – why do we need to celebrate it at our schools?