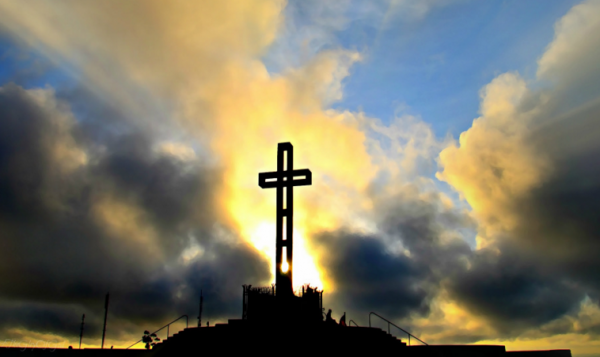 (INTELLIHUB) — Fresh off a recent attack on Christians in which he compared God to a rapist, anti-Christian zealot Jeffrey Tayler has written yet another hate piece, this time literally praising Satan as a “decent, noble person” for fighting the “tyranny of the lord”.

The article, published on the infamous clickbait rag Salon.com, further proves that there is indeed a war on Christianity being waged by hard left zealots who absolutely despise Christians themselves and want nothing more than to fully remove the religion from the country.

Tayler starts his article off by hailing Satan (no this is not hyperbole, he literally hails the lord of darkness) before insinuating that Christians have an actual mental disorder for believing in god.

All hail Satan and the Satanic Temple!

But first, some words of explanation.

The faith-deranged, day in and day out, in the current century and in those past, have furnished and continue to furnish us with examples of the inherent iniquity of their disorder, a disorder that has, especially in recent times, insinuated itself into and dangerously infected our already-ailing body politic, and all in the name of the (supposedly) Good Lord Almighty.

Take note of the extreme paranoia inflicting Tayler here as he somehow believes that Christianity is leading the narrative in this country when in reality a vast majority of the media consider most Christians to be evil bigots.

Tayler then provides two examples that are apparently supposed to be his words of explanation for why he is openly hailing Satan in a mainstream news piece. First, he notes the horror of Jeb Bush speaking at Regent University before then detailing a horrific example of human beings using the church to commit evil deeds as if this somehow confirms his apparent strongly held belief that being religious makes you an ignorant person.

After adding in some potshots at Islam (Tayler is an equal opportunity religion hater) Tayler gets to the crux of his hate piece which is to openly heap praise on Satan and the founder of the Satanic Temple, Lucien Greaves, while promoting Satan as a sort of folk hero fighting the tyranny of Christians throughout the world.

Who might be up to the task? The only one with experience in combating the Almighty, His archenemy, Satan.

Satan, at least according to the literature, has proved no slouch in fighting the Lord, thwarting His allegedly love-filled but in fact baleful designs on us, and enduring banishment from his ethereal homeland, all because he refused to submit to divine tyranny. You know the story: God supposedly booted Satan out of heaven for leading a revolt of his fellow angels outraged by God’s undemocratic, Hague-worthy governance and disdainful trampling over their rights.

Satan, so the story goes, refused to accept the terms of his exile in hell and decided to get even. He ascended to the world and espied the Lord’s first two newly assembled naïfs ambling about in Eden, happy with what can only be termed a fool’s paradise, unaware of their unclothed state, so ignorant they could not tell the difference between Good and Evil.

To Tayler, and his apparent supporters at Salon, god is mankind’s “sworn enemy” while Satan is their ally in combating the Almighty. But remember, only crazed right wingers think that the liberal media is conducting psychological warfare on Christians throughout the country.

“THIS IS A DIRECT EXAMPLE OF A POPULAR LIBERAL WRITER GUSHING OVER THE GREATNESS OF SATAN; YET THE AMERICAN PEOPLE ARE EXPECTED TO BELIEVE THAT NO ONE IS ATTACKING THEIR RELIGIOUS LIBERTY?”

The piece continues to praise Satan for his wonderful attacks on god before quoting Milton, who the writer believes presented the story of Satan in such a way that made him out to be “wickedly cool, admirable and heroic.”

Careful readers might have noticed I took the last instance of Our Heavenly Father’s malfeasance not from the Bible, but from Milton’s incomparable seventeenth-century literary masterpiece, “Paradise Lost.” (Read it for the wondrous language, second only to that of Shakespeare, and for the back story on Satan, who makes ridiculously few appearances in the Bible.)

Whether Milton intended it or not, his opus presents the story of Satan’s revolt against God in such a way that Satan comes out looking wickedly cool, admirable and heroic in fighting the “tyranny of heaven,” resisting “Free and to none accountable, preferring/Hard liberty before the easy yoke/Of servile pomp,” and gifted with “the courage never to submit or yield.” Satan comes across as, well, diabolically clever, not one you could slither past in some sort of reptile costume.

Satan is a democrat, Milton tells us, ruling the nether realms by “the popular vote” – in other words, he has to persuade his subjects to support him, and doesn’t just bully them around, as does God. Up in heaven, however, you have to spend “hours in joy and hymning” praising your “Omnipotent/Immutable, Immortal, Infinite/Eternal King,” sucking up His abuse with relish. (No matter what Bush-era attorney general John Ashcroft seditiously said, kings are something we Americans are supposed to loath, no?)

How cute, Satan is just oh so clever and he’s even a democrat!

Tayler then moves on to perhaps the most important point of his article which is the literal rewriting of what being a follower of Satan actually means. This is pure psychological manipulation, using beliefs most moral people already have to then get them to support the Satanic Temple.

Enter the Satanic Temple, founded three years ago and presided over by Doug Mesner, aka Lucien Greaves. The 40-year-old Mesner embarked on his Satanic mission because, as he told Fox News’ Megyn Kelly, the Temple “is an embodiment of [his] deeply held beliefs” that answers the “need for a counterbalance against the dominant religious privilege in America today.” The Temple now has forty thousand members. Joining involves not battening on the blood of newborns, but signing up online.

But one fact needs to be made clear immediately: neither Mesner nor the Temple’s other members believe in Satan or anything supernatural.

They are activists encouraging, says their website, “benevolence and empathy among all people,” the rejection of “tyrannical authority,” and the spread of “practical common sense and justice,” and hope to take part in “public affairs, wherever the issues might benefit from rational, Satanic insights.” They advocate the separation of church and state, which means, among other things, opposing prayer in schools and monuments to the Ten Commandments on public grounds.

Ahhh the wisdom of an anti Christian leftist! Greaves and his followers aren’t Satan worshipping scumbags but rather defenders against tyrannical authority and the first line of defense in the oh so important fight for the removal of the Ten Commandments from public grounds across the country!

The next three paragraphs in Tayler’s anti Christian manifesto point to what may become a much used talking point in the liberal mainstream media in order to push more and more Americans away from Christianity while re-branding Satanism as a loving, equality based movement. (emphasis mine)

A few days ago I spoke with Mesner by Skype. (We had met at the Atheist Alliance of America’s conference in Atlanta the previous weekend, where he delivered an address that is well worth a view.)

Articulate and clearly at peace with himself, straightaway he admitted to deriving his admiration for Satan from Milton’s poem and from Anatole France’s novel “Revenge of the Angels,” and called the Lord “the ultimate tyrant.” The church he viewed as “regressive and depraved,” and Jesus as a figure so liable to various interpretations that his name can be deployed by people with entirely divergent aims.

In order to “lead by example,” Mesner told me he refuses to apply to the IRS for tax exempt status, which he opposes on principle. The Satanic Temple’s income comes from crowdfunding through Indiegogo, and Mesner himself does other work to get by. In other words, in contradistinction to evangelists who fly around on tax-exempt private jets and live in tax-exempt mansions, he is not getting rich off his “ministry.”

Satanism, he went on to explain, means secularism, critical thinking, belief in the here and now, gender equality and a woman’s right to do as she sees fit with her body. It means, above all, “holding fast to a sense of ethics, having a good grasp on what your morals are, no matter what society around says.” Which rules any sort of God-based bunkum and mandates humanism.

There you have it! Satanists are actually just feminists who want equal rights for women (something only deranged social justice warriors think we do not already have in the US) and who simply believe in a sense of ethics and morals. On the other hand, those horrible Christians hate women, are racist, and are a threat to democracy.

Hate pieces like the one quoted above are becoming more and more common in the liberal mainstream media even as the same websites carrying anti Christian content insist that no one is out to get Christians. This is the classic definition of doublespeak.

What do you think?

Why is the liberal media promoting Satan while calling for disrespecting all Christians if there really is no such thing as a War on Christianity?

Note: Keep in mind that Tayler’s piece isn’t just the ramblings of a hate monger. It was prominently featured on a high traffic liberal mainstream news outlet that has a history of anti Christian bias. Make no mistake, Tayler’s beliefs are held by a startling number of left leaning extremists throughout every facet of the country.