Even before Jews accepted the Torah on Mt. Sinai, all of mankind accepted the Seven Noahide Laws, called the Mitzvot Bnei Noah in Hebrew.

“It will happen in the end of days: The mountain of the Temple of God will be firmly established as the head of mountains, and it will be exalted above the hills, and all the nations will come streaming to it.” (Isaiah 2:2) 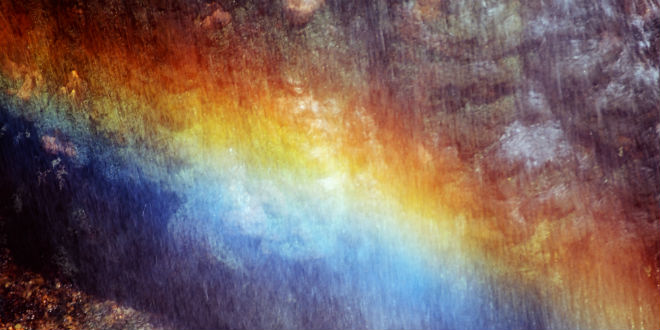 When Jews received the Torah at Mount Sinai, they accepted 613 Torah commandments (mitzvot). However, even before that, all of mankind accepted the Seven Noahide Laws, called the Mitzvot Bnei Noah in Hebrew.

Bnei Noah means the “Children of Noah”, though there is an opinion that these commandments were given in the time of Adam. Today, the Noahide movement is dedicated to observing these seven universal laws. It is growing and making a unique contribution to bringing redemption in many different ways.

Breaking Israel News spoke with a former Noahide who has now converted to Judaism and moved to Israel. Hillel Penrod, who changed his name from Adam when he converted, is an artist from a religious Christian family who grew up learning the Bible as a child in the American south. Hillel and his father went to a lecture given by world-renowned archaeologist Vendyl Jones, one of the founders of the modern Noahide movement. Jones spoke about the Ark of the Covenant, and it made an enormous impression on Hillel’s parents. They began taking classes with Jones in Texas, but being a typical teenager, Hillel was not interested in joining them. Finally, after much urging from his parents, and despite his fears that it was a cult, he agreed to attend one class.

Hillel was amazed by Jones’s enthusiasm and his scholarly grasp of classical Torah sources, which Hillel had never known existed. He attended Jones’s classes on a sporadic basis, but his real interest kicked in when he went to college and started looking for answers of his own. His questions about his future and his path in life led him to a connection with God, something he saw as attaching to the eternal and making life more meaningful.

Simple answers were not sufficient for Hillel, and after much searching, he decided to go back to the Torah classes given by Jones.

“I began to suspect that my connection with Christianity was unconventional and incompatible with those of the churches I had grown up in. I found himself turning to the sources that Jones referred to in ways that were simply not done in the church,” explained Hillel to Breaking Israel News.

From this, Hillel began to believe that the New Testament could only be correctly understood from a Jewish perspective. After consulting with a member of Jones’s Noahide organization, Hillel began to study the Noahide laws and sources connected to them. At that point in his life, Hillel became a Noahide and began keeping the seven laws.

Hillel came to Israel to deepen his understanding of what it meant to be a Noahide and worked with Jones for six months, during which his relationship with Christianity changed. He then studied at the Diaspora Yeshiva (a seminary for learning about Judaism).

“I believed that the Noahide laws were fundamental to a just society and a real relationship with God. [They] guaranteed a place in the world to come to non-Jews. It was important to be a Noahide and observe the universal obligations God created for humanity,” he told Breaking Israel News.

Hillel began to consider converting to Judaism, but he did not pursue it at the time. Instead, he lived his life as a Noahide for about 15 years, keeping the laws and teaching classes, actively involved in raising awareness and spreading what he had learned.

Eventually, Hillel came to the realization that he wanted to live a more fully Jewish life. “It was on the trip in 1999-2000 that I first began to wonder about conversion to Judaism, [but] it wouldn’t be until 2014 that I actually completed the process,” he said.

Hillel emphasizes that conversion was a personal decision he arrived at after a process of many years, believing that conversion is not a necessity for everyone. However, he believes that the Noahide laws are universal, and they are frequently the answer that many non-Jews are seeking while remaining within their religion.

His unique path has led Hillel to a universal concept of Judaism in which Torah is for the good of all humanity.

“Even today, as a Jew, I still feel a sense of responsibility towards my fellow human beings and try to increase knowledge of the seven laws,” he said. For anyone who is interested in investigating the Noahide laws, Hillel suggests the Noahide Nations yeshiva course in order to learn about the laws in detail.

For the time being, observance of these commandments is primarily personal, with no wider religious implications. However, when the Third Temple is built in Jerusalem, non-Jews will be required to observe the seven Noahide laws if they wish to bring sacrifices. The Temple service is meant to include and benefit non-Jews and Jews alike, and many non-Jews did participate in the service when the Temple still stood in Jerusalem. King Solomon specifically asked God to heed the prayer of non-Jews who come to the Temple (1-Kings 8:41-43). Many Christians are showing a strong interest in the Temple Mount recently and the seven Noahide laws allow the nations of the world to take their place in the process of global redemption.

The seven universal commandments are: