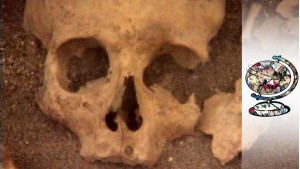 Last week, the Chief Justice of Massachusetts’s Supreme Judicial Court, Ralph Gants,spoke before the Islamic Society of Boston. He affirmed his support for the mosque, telling congregants that, “you do not stand alone.” Gants is just one of several high profile visits to the mosque in recent months, which have included the Mayor of Boston, the Boston Police Commissioner and local rabbis and reverends.

The Islamic Society of Boston (ISB), however, has a long history of extremism. It wasfounded by the Al Qaeda operative Abdulrahman Alamoudi, who was jailed in 2004 for participating in a Libyan plot to assassinate Saudi Crown Prince Abdullah. The ISB’s listed trustees have included prominent Islamist operatives, including Yusuf Al Qaradawi, the spiritual leader of the global Muslim Brotherhood. And in 2008, the Muslim American Society, which runs the ISB’s Cultural Center, was labelled by federal prosecutors “as the overt arm of the Muslim Brotherhood in America.”

Today, the ISB claims it is a “model for civic engagement,” and works to “strengthen community relations.” Why, then, does it continue to promote some of America’s most radical preachers?

On October 30, the Islamic Society of Boston (ISB) hosted a two-day conference on behalf of an extremist Islamic organization called the Qalam Institute. Two of the keynote speakers are notorious fundamentalist preachers.

One such speaker, Mufti Hussain Kamani, has called upon God to “reward the martyrs of Palestine.” And in a pamphlet titled, ‘The Prophetic Code,’ published by the Qalam Institute, Kamani cites Quranic verse and commentary, in which he tells Muslims: “do not resemble the Jews.” Parents are also advised to “beat” their children “if they do not [pray].”

Those who commit adultery or have sex outside of marriage, Kamani also states, must be “stoned to death.”

During another talk on ‘Rights Of A Wife In Islam,’ Kamani explains “how to deal with the women folk” and how Muslim husbands can “train their wives.” Beating women, Kamani advises, should only be a “last measure.”

Another speaker at the conference is the founder of the Qalam Institute, Abdul Nasir Jangda, who frequently presents sermons about the iniquities and treacheries of the Jews during the time of Islam’s Prophet. Jangda describes Jews in this period as a “really bad people” who opposed the peaceful message of Islam and “liked the trouble because they were able to pull the strings and maintain some type of advantage in the community through political maneuvering. … They were very hateful, very spiteful.”

According to detailed notes published by one of Jangda’s students during one of his seminars, Jangda also defended the use of female sex slaves within Islam. Jangda reportedly concluded that, “Slavery in Islam … is vastly different and superior morally and spiritually to the atrocious, obscene, and vile Trans-Atlantic Slave Trade.”

Furthermore, Jangda apparently expressed support for the killing of apostates and adulterers; claimed that a wife cannot refuse her husband sex: “The thing to understand is that the husband has his set of divinely given rights one of which is the right to have his physical desires satisfied”; and called for people who drink alcohol to be beaten: “One of the largest causes of death in the United States is drunk driving. Such policies would help curb them immensely and avoid harm to the people at large.”

Over the past few months, the ISB has enjoyed high-profile political support, despite its continued promote of bigoted, extremist speakers. The ISB repeatedly claims to have rejected the fundamentalist beliefs of its founding trustees and former officials. Its continued embrace of some of America’s most radical preachers, however, suggests otherwise. When will Massachusetts politicians reject this politics of hate and instead work with moderate Muslim groups?

Probably around the same time the Koran and Islam are modified. Never.