We need pastors to stand up and pray for mercy.
Secularism dismisses Christianity as a cultural relic, “A primitive form of knowledge, a consolation for the weak-minded.”1 Not only is this off-target, it’s dangerous. The notion that the State can impart virtue is absurdly false.
America’s Founders created a new form of government distinctly rooted in biblical principles. An exceptional people, seeped in biblical thought, biblical values, and God-emulating character birthed what Ronald Reagan called, “the idea of America.” Freedom requires Biblical virtue; righteousness is fundamental to a free people.
Secularism has driven Christian faith from the public square. It segregates us dictating: “You can practice your faith in private if you wish. You can worship inside a church building. You can host Vacation Bible School at your church facilities. But don’t bring biblical values to public school, don’t pray, read the Bible or mention Jesus in the classroom, locker room or cafeteria. Don’t speak about Jesus in public and definitely not on television, radio, or mention him in movies.”
The National Education Association would experience cardiac arrest to learn that Christianity was established as the official religion of America in the original 13 State Constitutions. http://bit.ly/1Chwjuq
“The European philosophers Locke and Kant expressed themselves in exactly the same way as Thomas Jefferson and John Adams: Man came into the world ‘endowed’ with unalienable rights.”
“Endowed by whom?” No one had any doubts about this: Man had been endowed by God. By what God? No one hesitated here either: by the Christian God, or more precisely, the Judeo-Christian God, for it was the Judeo-Christian God who created man in his image, and the Christian God who became man and endured suffering in the human condition.
“Today, politically speaking, liberals have won for the most part. The West has liberal constitutions, liberal institutions, liberal economies, and liberal systems of education. But we are so far from ‘the end of history’ that the same breach between liberalism and Christianity that shook our civilization a few generations ago is now presenting itself in a new form. Not in the violent forms of Nazism or communism, but in the form of liberal secularism. For the destinies of Europe and the West, this ideology is no less dangerous; it is rather more insidious. It does not wear the brutal face of violence, but the alluring smile of culture. With its words, liberal secularism preaches freedom, tolerance, and democracy, but with its deeds it attacks precisely that Christian religion which prevents freedom from deteriorating into license, tolerance into indifference, democracy into anarchy.”2
Founder Robert Hunt articulated this “moral mission” when landing at Jamestown in 1607. He declared, “We do hereby Dedicate this Land, and ourselves, to reach the People within these shores with the Gospel of Jesus Christ, and to raise up Godly generations after us, and with these generations take the Kingdom of God to all the earth. May this Covenant of Dedication remain to all generations, as long as this earth remains, and may this Land, along with England, be Evangelist to the World.”
Jesus was the greatest export of early America, and He still can be. But today our government seeks to transform continents—and Islam—with democratic capitalism through media, education, and foreign policy.
Jesus advised that anyone who hears His teaching and doesn’t obey it is foolish, like a person who builds a house on sand.
“We must have a fixed point in order to judge.”3
Truth is now relative, enforced by the U. S. Supreme Court, which drained our laws of all moral rightness, ironically ruling below an inscription of the Ten Commandments on its walls.
What did the apostle Paul warn of in Romans 1? God gave the wicked over to their own desires as a form of judgment—judgment that affects all of us.
What must we do in response? I’m asking each of you in an email reaching 100,000 pastors to hold one-hour weekly prayer services—led by a Senior Pastor—asking God for mercy because of what we Christians have allowed to happen to America. We have forgotten God and our godly forefathers. We have allowed a holocaust in America and the government defiling God’s design for our sexuality.
Tears are the weapons of heaven; sobs are a part of the music of Jehovah … the adversary having removed the Sword (Word), all-out prayer is our only hope.
“Tears have a tongue, and grammar, and language, that our Father knoweth. Babes have no prayer for the breast, but weeping: the mother can read hunger in weeping.” —Samuel Rutherford
Will a Gideon or Rahab the Harlot please stand?

1 Marcelo Pera, Why We Should Call Ourselves Christians, The Religious Roots of Free Societies
http://www.charismanews.com/opinion/48451-are-we-opening-the-door-to-a-holocaust-in-america 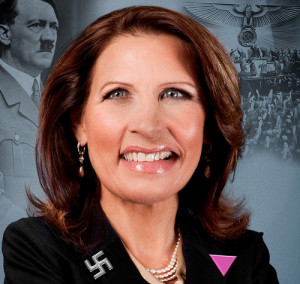 Not all Muslims are terrorists but these were:
Scroll to top