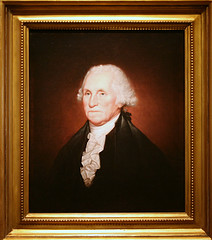 It came through the annual reading of Washington’s farewell address, a tradition that takes place each year on or near the first president’s birthday.
Sen. John Hoeven, R-North Dakota, read the first president’s warning against the loss of religion in public life.
As Washington prepared to leave office, he told the country that “religion and morality are indispensable supports” to America’s political health.
More than 200 years later, atheists and leftists are fighting a constant battle to remove the influence of religion from the marketplace of ideas.
Two major battles over faith have captured headlines in recent months.
On one front, the Obama administration has been trying to force pro-life ministries and Christian-owned businesses to pay for abortive drugs and services for their employees through Obamacare.
The other battle pits gay activists against the rights of Christian business owners who don’t want to provide services for same-sex weddings that violate their strongly held religious beliefs.
CBN News has also reported numerous cases of liberals challenging city council prayers in court and fighting to remove the phrase “under God” from the Pledge of Allegiance.
But as the Senate was reminded on Monday, Washington warned Americans not to make the mistake of thinking “that morality can be maintained without religion.”
The first commander in chief also advised against political factions and the tendency of one branch of government to seize the powers of the other branches.