From Mad World: An American town, formerly known for its dense population of Polish Catholic immigrants, has recently faced a life-altering reality after the fourth Muslim was elected to a six-man city council – making them the majority. Just as many in the community all feared after losing the fight and hearing the news, the first action of the council made all their worst nightmares come true.

According to The Washington Post, Hamtramck, Michigan “earned the distinction [back in 2013] of becoming what appears to be the first majority-Muslim city in the United States following the arrival of thousands of immigrants from Yemen, Bangladesh, and Bosnia over a decade.” However, the most recent events have now allowed for the Muslim majority city to now be governed by a Muslim-majority council – and many non-Muslims are worried.

As it turns out, they had every right and reason to be.

Mad World News previously reported on the election results, as fears were spreading of the gradual implementation of Sharia law. It seems that those fears were well warranted, as in our last article, we explained that the local mosques broadcasted a call to prayer over loud speakers five times a day.  It’s not hard to imagine how annoying this can be with many residents calling it obnoxious and unnecessarily loud – especially when the shrieking begins at 6 o’clock.

As if that wasn’t enough, it seems that the first thing the Muslim majority council was able to do was ban local business owners within 500 feet of the mosque from obtaining a liquor license. Knowing full well that those who don’t adhere to the Muslim faith would have a problem with it, the Islamists in charge decided to vote in a policy that is strictly founded on a religious base.

However, it seems that the latest Muslim elected to the city council, Saad Almasmari, is either completely ignorant to the matter or would simply have you believe that he’s not making his decisions on a religious pretense. “I don’t know why people keep putting religion into politics,” he said. “When we asked for votes, we didn’t ask what their religion was.” 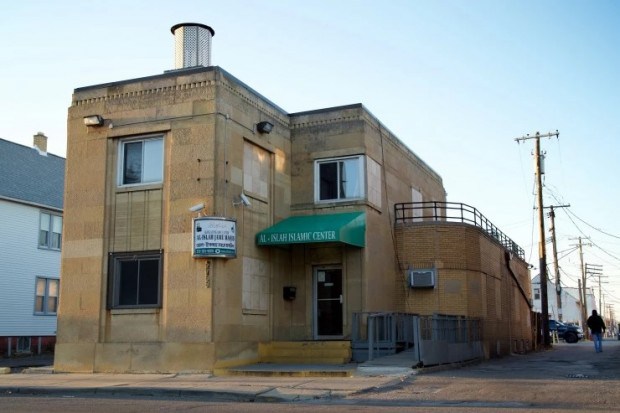 I don’t know about you, but it sounds to me as though infringing on the rights of others to accommodate the religion of those nearby is putting religion into politics – in fact, I don’t see how it can be viewed any other way. Furthermore, those in the community have expressed fears that the new prohibition-style laws “could thwart efforts to create an entertainment hub downtown” that would not only provide a bit of fun for the community, but more jobs as well.

Lastly, they have approved zoning measures for the mosque to acquire an adjacent building that was once a furniture store. Although it used to be a commercially zoned area, once renovations are complete next year, the mosque will be able to accommodate 2,000 people as opposed to the 500 they can now.

Now, just to see the religious bias in this town, take a gander at how non-Muslim majority run councils handle Muslims who want to convert buildings zoned for other purposes into mosques. Minneapolis, Minnesota flat-out denied a Muslim group from making an industrial zoned building into a mosque by simply saying it wasn’t zoned for that. Apparently such common sense doesn’t apply when you mix religion and politics – unlike what Mr. Almasmari claims. 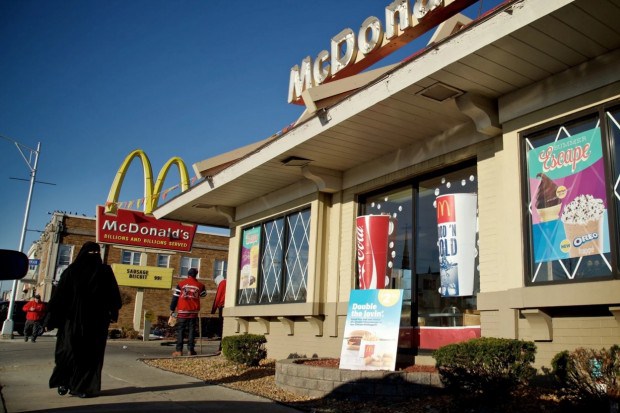 The fact of the matter here is that although these changes seem minimal in nature, it’s a clear indication that Sharia law is making its way into our nation and is effecting the lives of Americans as we speak. Sadly, this reality will only become more clear as time goes on, but with a hijacked media in our nation, Muslims are doing a darn good job at portraying themselves as the victims in perhaps the most biased form of journalism out there.

It seems as though this is just the beginning of things to come for Hamtramck, but I shudder at the thought of what things will look like in a few years. I mean, it took less than a month to vote in a clearly religiously biased law that clearly violates the rights of Americans — all in the name of Islam.

Although this is what we’ve come to expect from the “tolerant” religion of Islam, it’ll be interesting how much Americans will stand for in the area. I’m guessing not too much more.

http://woundedamericanwarrior.com/american-town-elects-muslim-majority-government-heres-first-islamic-laws-they-are-implementing/
GOODBYE AMERICA. YOUR DHIMMI’S FOR LUCIFER AND BLEEDING HEARTS ARE SO STUPID TO GIVE AWAY THE ONLY FREE COUNTRY ON THIS EARTH. JUST THINK – IN A FEW YEARS YOU CAN PAY TWENTY PERCENT OF YOUR INCOME AS JIZYA, JUST TO GET THEM TO LEAVE YOU ALONE. WELL, UNLESS YOU ARE OR HAVE A BLOND YOUNG WOMEN AROUND.
HEY, HOW ABOUT ANOTHER BEER? WHAT TIME DOES THE GAME START?
GodPost2016-01-02T14:14:04-06:00