After Trump’s Huge Announcement, Something Sinister Was Uncovered About Fox News: Buh Bye

Previous Next
After Trump’s Huge Announcement, Something Sinister Was Uncovered About Fox News: Buh Bye 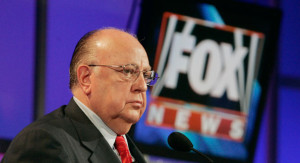 Donald Trump announced Tuesday that he would not be participating in Thursday night’s Fox News debate, citing differences with the network. But one news outlet claims the source of the antagonism has to do with the candidate’s stance on immigration.

As reported by Western Journalism, Trump was critical earlier this week of Megyn Kelly’s inclusion as a debate moderator, “I think she is not a professional,” Trump said of the Fox News personality. “I don’t think she’s a very talented person. I don’t think she is a good reporter. I think they could do a lot better than that.”

A feud erupted between Trump and Kelly last August after the network’s first presidential debate, when Kelly asked a sharply-worded question regarding some of the businessman’s past comments about certain women.

The Trump campaign released a statement Tuesday night, which read in part, “Unlike the very stupid, highly incompetent people running our country into the ground, Mr. Trump knows when to walk away. Roger Ailes and FOX News think they can toy with him, but Mr. Trump doesn’t play games.”

According to Breitbart, Kelly’s treatment of Trump is not the only source of the antagonism between the candidate and the network. Breitbart’s Julia Hahn writes:

Trump has shined a spotlight on one of Washington’s best kept secrets: namely, Fox’s role via its founder Rupert Murdoch in pushing an open borders agenda. The Trump campaign is a direct threat to Murdoch’s efforts to open America’s borders. Well-concealed from virtually all reporting on Fox’s treatment of Trump is the fact that Murdoch is the co-chair of what is arguably one of the most powerful immigration lobbying firms in country, the Partnership for a New American Economy (PNAE).

She added that “Murdoch’s support of open borders immigration policies has been identified as a potential conflict of interest for years.” Hahn cites ABC News, which reported in 2013:

Murdoch, Australian born and a naturalized U.S. citizen, has become an outspoken advocate for immigration reform and mass legalization of the country’s undocumented immigrants, partnering with New York City Mayor Michael Bloomberg [a PNAE backer] in this cause.

Whether Murdoch’s personal views will percolate through his network, or at least temper criticism on the airwaves of those who don’t share it, remains to be seen.

While Fox News may love the ratings Trump brings, Hahn believes Murdoch’s views on immigration are influencing how the network covers the race.