A BEST WAY TO PRAY FOR ISRAEL JEZEBEL AND JEZREEL 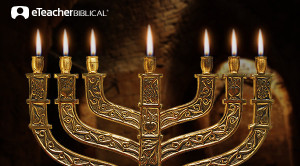 God’s ultimate judgment on Babylon details how the powers behind this present darkness have poured out the blood of the prophets onto the dust of Planet Earth.  “For all the nations have drunk the wine of the passion of her fornication, the kings of the earth have committed fornication with her, and the merchants of the earth have become rich through the wealth of her sensual luxury” (Revelation 18:3).

These three activities lie at the heart of modern culture, politics and business. They lurk under the surface of the seemingly quiet lake of world civilization like a demonic Loch Ness monster.  This is the world system or organism which in Greek is called kosmos (κόσμος). 1 John 5:19 uses this word in such a context – “καὶ ὁ κόσμος ὅλος ἐν τῷ πονηρῷ κεῖται” (“The whole world lies in the power of the evil one”).

A few years ago Frank Peretti authored two books “This Present Darkness” and “Piercing the Darkness,” a science-fiction-like description of  spiritual warfare from the perspective of a seer. His working title was based on Paul’s words in Ephesians 6:12, where the phrase “world forces of this darkness” (kosmos authority or kosmos enforcer – κοσμοκράτορας) is used: “For our struggle is not against flesh and blood, but against the rulers, against the powers, against the world forces of this darkness, against the spiritual forces of wickedness in the heavenly places.”

The upcoming clash on our planet will pull back the curtain on hidden evil, and reveal the flowers of evil in full bloom. The “refuge of lies” that Satan uses to mask his deceptions (see Isaiah 28:15-17) – the refuge of falsehood and deceptive concealment – will be swept away by Israel’s Messiah, described in the passage as Zion’s cornerstone (see also Romans 9:33; 1 Peter 2:6-7).

As events barrel down the corridor of time, it is not surprising to see the wildcat growth of lies and deception regarding all of God’s foundational principles and strategies in these areas –

Much digital ink has been spilled on discussions about the Jezebel spirit – witchcraft and politicized manipulation of leadership coming through women. But not a lot of time has been given to discuss the Ahab spirit – indecisive and spineless male leadership and its contributions to this dynamic.

The original Jezebel was a Phoenician (the Canaanite area in modern coastal south Lebanon) who influenced and manipulated Jewish leaders into rejecting and eventually murdering the prophets of God (1 Kings 16:31; 18:4, 13, 19; 21:25; 2 Kings 9:7, 22, 36-37). Her example became a paradigm for similar witchcraft in Revelation 2:20.

Today a similar dynamic exists in the international courts of power, where manipulators, power brokers and politicians, world leaders and terrorists come together in a demonized attempt to weaken, divide and destroy the Jewish people and their state. Bob Dylan referred to these people as “masters of the bluff and masters of the proposition” in his award-winning song “Slow Train Coming.” He added that these Jezebel-like leaders are all “non-believers and man-stealers talkin’ in the name of religion,” the exact terminology in Revelation 18:13.

As politicians make electoral promises concerning Israel, as world councils issue resolutions condemning Israel, as political activists attempt to increase BDS attacks (boycott, divestment and sanctions) against Israel, the spirit of Jezebel is at work regarding Israel – just as it originally was active in shedding Jewish blood and the blood of Jewish prophets over 2,800 years ago. Jezebel met her destruction in Jezreel (2 Kings 9:30-36) at the hand of the warrior-king Jehu, freshly anointed by Elisha with a commission to take out Jezebel: “You shall strike the house of Ahab your master, that I may avenge the blood of My servants the prophets, and the blood of all the servants of YHVH, at the hand of Jezebel” (2 Kings 9:7).

There is a spiritual power shadowing present-day networks of political, military and religious forces standing against Israel. Whereas, just after the Holocaust, it was considered bad form to be blatantly anti-Semitic (though of course no brakes were applied to Jew-hatred in the Islamist Middle East), today the current metastasizing of anti-Semitism in Western Europe shows that post-WWII secular inoculations against anti-Semitism have lost their potency.

International anti-Jewish efforts are currently being prosecuted through the UN, by way of “peace talks,” and through BDS.  All accept certain Jezebellan lies and presuppositions:

In the past few days the world media have spotlighted one of former NSA employee Edward Snowden’s sizzling revelations – that the American spy agency NSA (National Security Agency) in cooperation with Britain’s GCHQ (Government Communications Headquarters) have used spying bases on Mount Troodos (Cyprus) and Menwith Hill (Harrogate, North Yorkshire, England) to spy on signals intelligence of the Israeli Air Force and Israel’s top political and military leaders. Their penetration of IAF, IDF and Israeli government top-secret communications has been overwhelmingly comprehensive and deep. This specific project (code-named ANARCHIST) has been ongoing at least since 1998 (https://theintercept.com/2016/01/28/israeli-drone-feeds-hacked-by-british-and-american-intelligence/).

The hypocrisy of the Western world’s intelligence agencies regarding Israel is not new, and has been painstakingly laid out by former US Department of Justice Investigator John Loftus and Mark Aarons in their book “The Secret War Against the Jew: How Western Espionage Betrayed the Jewish People” (St. Martin’s Press, 1994).

Even as the nations conspire together against Israel (Isaiah 8:10), God “has plans of His own to set up His throne,” as Bob Dylan sings in “When He Returns.”

YHVH swears on the truth of His own name and character that He will do the following in response to BDS, the UN, Islamist terror and Western intelligence agencies:

Regarding Jewish settling in the West Bank and the boycott of Jewish produce from that area:

YHVH appeared to him from afar, saying, “I have loved you with an everlasting love. Therefore I have drawn you with covenant love. Again I will build you and you will be rebuilt, O virgin of Israel! Again you will take up your tambourines, and go forth to the dances of the merrymakers. Again you will plant vineyards on the hills of Samaria. The planters will plant and will enjoy them” (Jeremiah 31:3-5)

Regarding international pressure and censure:

“For YHVH has ransomed Jacob and redeemed him from the hand of him who was stronger than he” (Jeremiah 31:11)

“It shall come about on that day, declares YHVH of armies, that I will break his yoke from off their neck and will tear off their bonds; and strangers will no longer make them their slaves. But they shall serve YHVH their God and David their king, whom I will raise up for them” (Jeremiah 30:8-9)

Regarding threats of war from Israel’s neighbors and occupation of territories:

“Then it will happen on that day that YHVH will again recover the second time with His hand the remnant of His people who will remain from Assyria, Egypt, Pathros, Cush, Elam, Shinar, Hamath, and from the islands of the sea. And He will lift up a standard for the nations and assemble the banished ones of Israel, and will gather the dispersed of Judah from the four corners of the earth. Then the jealousy of Ephraim will depart, and those who harass Judah will be cut off. Ephraim will not be jealous of Judah, and Judah will not harass Ephraim. They will swoop down on the slopes of the Philistines on the west. Together they will plunder the sons of the east. They will possess Edom and Moab, and the sons of Ammon will be subject to them” (Isaiah 1:11-14)

The God of Israel describes His Jewish people as a secret weapon of war, a super-weapon that will decisively defeat on the field of battle all nations who oppose God by opposing Israel:

“You will seek those who quarrel with you, but will not find them. Those who war with you will be as nothing and non-existent. For I am YHVH your God, who upholds your right hand, who says to you, ‘Do not fear, I will help you.’ Do not fear, you worm Jacob, you men of Israel. I will help you, declares YHVH and your Redeemer is the Holy One of Israel. Behold, I have made you a new, sharp threshing sledge with double edges. You will thresh the mountains and pulverize them, and will make the hills like chaff. You will winnow them, and the wind will carry them away, and the storm will scatter them. But you will rejoice in YHVH. You will glory in the Holy One of Israel” (Isaiah 41:12-16)

God’s perspective on the nations’ enmity to Israel

“Who has directed the Spirit of YHVH, or as His counselor has informed Him? With whom did He consult and who gave Him understanding? And who taught Him in the path of justice and taught Him knowledge and informed Him of the way of understanding? Behold, the nations are like a drop from a bucket, and are regarded as a speck of dust on the scales. Behold, He lifts up the islands like fine dust. Even Lebanon is not enough to burn, nor its beasts enough for a burnt offering. All the nations are as nothing before Him. They are regarded by Him as less than nothing and meaningless” (Isaiah 40:13-17)

How should we then pray?

A voice is calling, “Clear the way for YHVH in the wilderness! Make smooth in the desert a highway for our God” (Isaiah 40:3).

Here are some prayer points about these matters:

We ask you also to please remember to pray for us (Avner and Rachel) as we minister in India February 2-14.

Your prayers and support hold up our arms and are the very practical enablement of God to us in the work He has called us to do.

Donations can be sent to:

Donations can also be made on-line (by PayPal) through: www.davidstent.org