Why We Worship Jesus | The Soup of Life by Jim Schicatano 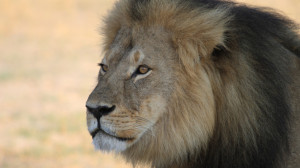 Source: Why We Worship Jesus | The Soup of Life by Jim Schicatano

As a Christian, I sometimes wonder if fellow Christians understand why we worship Jesus. It is true that we all recognize Jesus as the Messiah, believe that He was part of the Trinity, and is God. However, over the years, I have learned that people emphasize different characteristics and qualities of Jesus’ life. Some accentuate His terrible suffering, His sagacious parables, or even His spectacular miracles. Yet, there are definitive reasons we worship Jesus.

First, it had nothing to do with His suffering. I hear people pray “by the stripes of Jesus” and “through His bloodshed.” There is no doubt that few people would voluntarily suffer the way Jesus chose. Yet, through the ages, people have also suffered just as much. Torture is a dreadful part of human history. Tragically, people have always committed atrocities against others. Jesus certainly suffered, but his suffering was not unique.

We also do not worship Him for His words. Jesus was undoubtedly a charismatic speaker. Nevertheless, He is not alone in that regard either. Throughout history, many people have been able to deliver articulate, moving, and powerful messages. So, while we can admire His charismatic speaking and profound parables, they are not something that particularly deserves our worship.

Nor was it His miracles. The New Testament records many of Jesus’s miracles. Yet, he is not alone in miracle-working either. Moses, Aaron, Joshua, Elijah, and Elisha are just a few Biblical icons who accomplished miraculous feats. In addition, Elijah, Elisha, and Peter brought back people who had died.

It was also not His actions. Jesus gave selflessly of Himself, and demonstrated love, sacrifice, compassion, and mercy. Yet, others have also devoted their lives to the service of others in much the same way. And they were not necessarily Christian.

It was not even his birth. Although Christmas is arguably Christian’s favorite holiday, it is not necessarily the reason we worship Jesus. We should certainly remember and celebrate His birth. However, children are born all the time, so His birth was not unique. Of course, His conception was indeed a miracle.

While all of these features are certainly worthy of our respect and honor, none is unique in history.

Why then do we worship Jesus? There are two primary reasons.

First, let’s go back to first century Judea. That was a period of animal sacrifices, where animals were slaughtered to atone for personal sins. They believed that the healthiest, finest animals made the best sacrifice. In addition, a common animal used was the lamb.

John the Baptist referred to Jesus as the “lamb of God.” This was God’s sacrifice, given to atone for the sins of the world. Jesus was the first and only person said to live a life without sin – the perfect lamb. His voluntary death was the purest offering possible, and it exceeded anyone else’s sacrifice.

There are numerous reasons to admire and honor Jesus. He certainly suffered, spoke profoundly and with eloquence, performed miracles, and led a selfless life. However, we worship Him because He sacrificed His life for the atonement of our sins. Then He symbolically demonstrated that not even physical death could prevent Him from completing His mission – which was paying the price for the sins of humanity.