Previous Next
When Muslims Betray Non-Muslim Friends and Neighbors 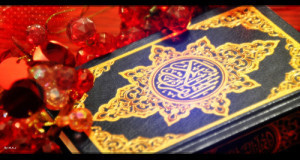 Let believers not take for friends and allies infidels rather than believers: and whoever does this shall have no relationship left with Allah—unless you but guard yourselves against them, taking precautions – Koran 3:28

Days ago, after the Islamic State [IS] entered the Syrian city of Hassakè, prompting a mass exodus of Christians, a familiar, though often overlooked scene, took place: many otherwise “normal” Muslims joinedranks with IS, instantly turning on their longtime Christian neighbors.

This is the third category of Muslims that lurks between “moderates” and “radicals”: “sleepers,” Muslims who appear “moderate” but who are merely waiting for circumstances to turn to Islam’s advantage before they join the jihad; Muslims who are waiting for the rewards of jihad to become greater than the risks.

There is no lack of examples of these types of Muslims. The following are testimonials from non-Muslims, mostly Christian refuges from those regions of Iraq and Syria now under Islamic State (or other jihadi) control. Consider what they say about their longtime Sunni neighbors who appeared “moderate”—or at least nonviolent—but who, once the jihad came to town, exposed their true colors:

Georgios, a man from the ancient Christian town of Ma‘loula—one of the few areas in the world where the language of Christ was still spoken—toldof how Muslim neighbors he knew all his life turned on the Christians after al-Nusra, another jihadi outfit, invaded in 2013:

We knew our Muslim neighbours all our lives. Yes, we knew the Diab family were quite radical, but we thought they would never betray us. We ate with them. We are one people.

A few of the Diab family had left months ago and we guessed they were with the Nusra [al-Qaeda front]. But their wives and children were still here. We looked after them. Then, two days before the Nusra attacked, the families suddenly left the town. We didn’t know why. And then our neighbours led our enemies in among us.

The Christian man explained with disbelief how he saw a young member of the Diab family whom he knew from youth holding a sword and leading foreign jihadis to Christian homes. Continues Georgios:

We had excellent relations. It never occurred to us that Muslim neighbours would betray us. We all said “please let this town live in peace — we don’t have to kill each other.” But now there is bad blood. They brought in the Nusra to throw out the Christians and get rid of us forever. Some of the Muslims who lived with us are good people but I will never trust 90 per cent of them again.

A teenage Christian girl from Homs, Syria—which once had a Christian population of approximately 80,000, but which is now reportedly zero—relates her story:

We left because they were trying to kill us. . . . They wanted to kill us because we were Christians. They were calling us Kaffirs [infidels], even little children saying these things. Those who were our neighbors turned against us. At the end, when we ran away, we went through balconies. We did not even dare go out on the street in front of our house. I’ve kept in touch with the few Christian friends left back home, but I cannot speak to my Muslim friends any more. I feel very sorry about that. (Crucified Again, p. 207)

When asked who exactly threatened and drove Christians out of Mosul, which fell to the Islamic State a year ago, another anonymous Christian refugee responded:

We left Mosul because ISIS came to the city. The [Sunni Muslim] people of Mosul embraced ISIS and drove the Christians out of the city. When ISIS entered Mosul, the people hailed them and drove out the Christians….

The people who embraced ISIS, the people who lived there with us… Yes, my neighbors. Our neighbors and other people threatened us. They said: “Leave before ISIS get you.” What does that mean? Where would we go?… Christians have no support in Iraq. Whoever claims to be protecting the Christians is a liar. A liar!

Nor is such Muslim treachery limited to Christians. Other “infidels,” Yazidis for example, have experienced the same betrayal. Discussing IS invasion of his village, a 68-year-old Yazidi man who managed to flee the bloody offensive—which included the slaughter of many Yazidi men and enslavement of women and children—said:

The (non-Iraqi) jihadists were Afghans, Bosnians, Arabs and even Americans and British fighters…. But the worst killings came from the people living among us, our (Sunni) Muslim neighbours…. The Metwet, Khawata and Kejala tribes—they were all our neighbours. But they joined the IS, took heavy weapons from them, and informed on who was Yazidi and who was not. Our neighbours made the IS takeover possible.

Likewise, watch this 60 Minuteinterview with a Yazidi woman. When asked why people she knew her whole life would suddenly join IS and savagely turn on her people, she replied:

Lest it seem that this phenomenon of Sunni betrayal is limited to Islamic jihad in Mesopotamia, know that it has occurred historically and currently in other nations. The following anecdote from the Ottoman Empire is over 100 years old:

Then one night, my husband came home and told me that the padisha [sultan] had sent word that we were to kill all the Christians in our village, and that we would have to kill our neighbours. I was very angry, and told him that I did not care who gave such orders, they were wrong. These neighbours had always been kind to us, and if he dared to kill them Allah would pay us out. I tried all I could to stop him, but he killed them — killed them with his own hand. (Sir Edwin Pears, Turkey and Its People, London: Methuen and Co., 1911, p. 39)

And in Nigeria—a nation that shares little with Syria, Iraq, or Turkey, other than Islam—a jihadi attack on Christians that left five churches destroyed and several Christians killed was enabled by “local Muslims”:

The Muslims in this town were going round town pointing out church buildings and shops owned by Christians to members of Boko Haram, and they in turn bombed these churches and shops.

Such similar patterns of traitorous behavior—patterns that cross continents and centuries, patterns that regularly appear whenever Muslims live alongside non-Muslims—are easily understood by turning to Koran 3:28:

Let believers [Muslims] not take infidels [non-Muslims] for friends and allies instead of believers. Whoever does this shall have no relationship left with God—unless you but guard yourselves against them, taking precautions. But Allah cautions you [to fear] Himself. For the final goal is to Allah.

Here is how Islam’s most authoritative ulema and exegetes explain Koran 3:28:

Muhammad ibn Jarir at-Tabari (d. 923), author of a standard and authoritative commentary of the Koran, writes:

If you [Muslims] are under their [non-Muslims’] authority, fearing for yourselves, behave loyally to them with your tongue while harboring inner animosity for them … [know that] Allah has forbidden believers from being friendly or on intimate terms with the infidels rather than other believers—except when infidels are above them [in authority]. Should that be the case, let them act friendly towards them while preserving their religion.

Ibn Kathir (d. 1373), another prime authority on the Koran, writes:

The Most High said, “[U]nless you but guard yourselves against them, taking precautions”—that is, whoever at any time or place fears their evil may protect himself through outward show—not sincere conviction. As al-Bukhari records through Abu al-Darda the words [of the Prophet], “Truly, we grin to the faces of some peoples, while our hearts curse them.”

In other words, Muslims are not to befriend non-Muslims, unless circumstances are such that it is in the Muslims’ interests to do so. For example, if Muslims are a minority (as in America), or if their leaders brutally crack down on jihadi activities (as in Bashar Assad’s pre-Islamic State Syria): then they may preach and even feign peace, tolerance and coexistence with their non-Muslim neighbors.

However, if and when circumstances to make Islam supreme appear, Muslims are expected to join the jihad—“for the final goal is to Allah.”[1]

[1]For more on Islamic sanctioned forms of deception, read abouttaqiyya, tawriya, and taysir.  For more on how Muslims are never to befriend non-Muslims—except when in their interest—see Ayman al-Zawahiri’s “Loyalty and Enmity,” The Al Qaeda Reader, pgs., 63-115.