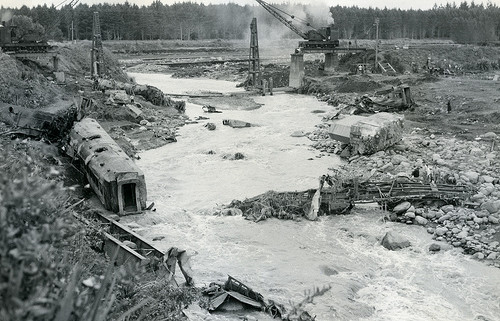 Here is one opinion:

“When many people think of the restraining hand of God, they think that by holding them back from fulfilling their every desire, God is simply getting in the way of their good time. When in fact, by restraining them, He is actually doing them a favor. Just like when you parents go running after your child so they don’t run out into the road. You’re not trying to keep them from having a good time; you are keeping them from getting killed. And when God holds us back from doing all the things we want to do.

He is keeping us from doing something that would bring a far greater punishment. But when the people rebel against such restraint, God pulls back His hand and allow those people to fall as deeply as they want. There are stages—it is a downward spiral; some people call it “circling the drain”—that a nation goes through when they tell God they don’t want any part of Him, they want God to go away and leave them alone—and He says, “OK.”

FROM THE BOOK: The End Of America

Sharia Law Is in America
Scroll to top