WHAT HAPPENS WHEN A NATION TURNS AWAY FROM GOD

Previous Next
WHAT HAPPENS WHEN A NATION TURNS AWAY FROM GOD 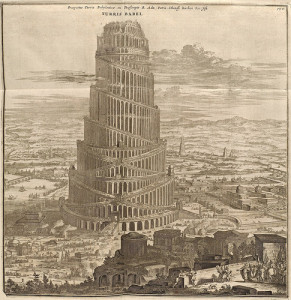 What happens when a nation turns against God? Despite all that God has done to be patient with people, showing them the right way and teaching them what’s wrong, there has been no change, either in attitude or behavior. Like milk left out in the sun, what was once good has turned rotten. The first thing to go is not the economy, the arts and sciences, or the military, but justice. It’s because when people turn away from God, they start to live for themselves, and once they do that, both power and money become priorities, and the first things to suffer in that case are justice and righteousness. “But we are such a religious country!” Yeah, people will continue to worship and pray and read their Bibles, but they live a double life and behave carnally outside of the walls of the church. There’s a separation between religion and public life.

There is also a reversal of values. That which is valuable (character, righteousness, purity, and godliness) has been made worthless. The last has become first and the first last, but not in a good sense—only in the sense that now money and power, prestige and image are what count.

Where leadership fails, the nation perishes. God had a habit and pattern of bringing his revelation of himself, and his bringing people to spiritual maturity, by raising up leaders. Moses, Joshua, David, as well as all the judges, prophets and apostles, as well as people like Nehemiah and Esther, were all leaders that God raised up to accomplish his work.

God does much of his work through godly leadership. When leaders fail, all fails. That’s why it’s so important to obey leaders who are over us: it’s how God does his work.

It’s how God works.
It’s also true in government. Romans 13 tells us that government has been established by God to keep nations and people moral and righteous. And when the government fails to do its God-ordained work, the nation fails and is judged by God.

Here we read what is all too common in government: power, pride, theft, crime, and money, catering to interest groups rather than to the true work of government: defending the cause of the people who cannot bring about justice for themselves.

God expects us to fix it, but if we don’t, and we (believers) get caught up in it too, then God moves in to take care of it, and us, himself.

God’s intent is to punish ungodly leaders, thus warning their replacements to shape up and fly right. But the human heart is desperately wicked, and power is corrosive. Where are the righteous leaders to God to raise up, and what will keep them righteous once they taste power?

Verse 25: “I will turn my hand against you; I will thoroughly purge away your dross and remove all your impurities.” Here we see God’s heart again. His purpose is not to destroy, but to restore. Sometimes, though, the best way to restore, when things have gotten so rotten, is to start over. But he will start over with what he has, even if it’s not perfect. Those who will stand with him, he will start the long and painful work of refining by fire. Suffering and difficulties await, but those who endure to the end will shine like the stars in the universe (Phil. 2.12-13, 15).

God will redeem his people in a way that shows his holiness, righteousness, and justice. Rebels and sinners will both be broken. “You will be like an oak with fading leaves, like a garden without water” (30). An oak with fading leaves is an oak that is dying and will lose its vitality and strength. A garden without water is a garden that is dying. It may look good, but it will soon lose its vitality and life. So goes the country who turns their heart against the Lord.
http://the3rdchoice.org/isaiah/isaiah-1/isaiah-1-21-31-what-happens-to-a-nation-who-turns-against-the-lord/