We Are At War: Against Whom? | Cherson and Molschky

Previous Next
We Are At War: Against Whom? | Cherson and Molschky

Source: We Are At War: Against Whom? | Cherson and Molschky 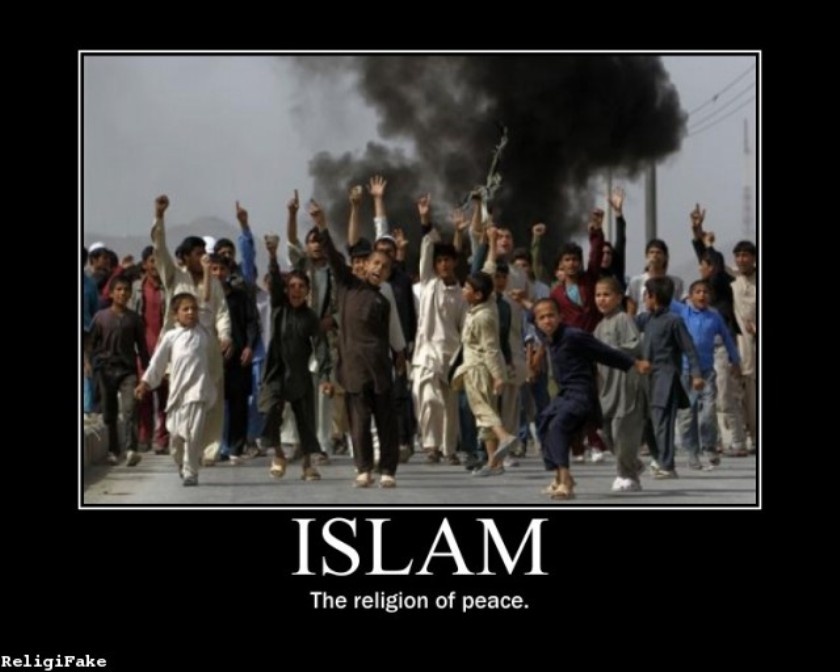 A day after the terrorist attack in Paris, French President Francois  Hollande solemnly declared: We Are At War. It sounds great and  inspiring, but – a war against WHOM? Or against WHAT?

The laws of war are simple, and the first among them is Know Your Enemy . Until we define an enemy, we cannot fight him- and of course, we cannot win him. So, who or what is our enemy? Slogans like “ we are at war against international terrorism” do not convince; terrorism is not a goal, terrorism is an instrument to reach a goal. Terrorists do not kill because they are  bloodthirsty maniacs; they kill for the sake of some Idea they consider so important and sublime that they´ re ready not only to take other people´s lives, but also sacrifice their own, to reach it.

Mantras about “terrorism has not any nationality or religion”  our politicians chant after every terrorist attack are plain stupid; after all, it´s not Aliens who blow up our schools, buses, theaters and who shoot us in the streets of our cities. We could agree with this politically correct declaration, if the adepts of different religions perpetrated terrorists attacks by some schedule: on Mondays, Jews blast a school, on Tuesdays, Muslims blow up a bus , then Christians, Buddhists… But the reality is different:  almost 95% of all terrorist attacks in the world are perpetrated by Muslims.

They  do not interpret Koran correctly, our liberal media and politically correct politicians tell us.  Ok, but  that does not cancel the fact that they consider their Holy Book of Divine Revelation the  KORAN, not The Lord of the Rings; they  without any doubt believe in Afterlife;  they say their Prophet is Muhammad, not Justin Bieber;  and the names of their terrorist groups very clearly say that they are ready to die and kill for Islam, not for Manchester United.

Call them bad Muslims, Fundamentalist Muslim …But they are Muslims.

And those who stand at the source of this “wrong interpretation” are not ignorant peasants from some Yemen village – but the most prominent Islamic theologians. If Saudi Arabia in just one month, in May of 2003, fired 1710 Islamic clerics from their positions for preaching terrorism, then it´s not just some individual clerics who “do not interpret Koran correctly”; there are evidently  dozens of thousands of  Muslim clerics all over the world who support terrorism and call their flock “to die for Allah”. Again: they call to die and to kill “for Allah”, not for Quetzalcóatl,  Krishna or Jesus Christ. And after a terrorist attack perpetrated by such Muslims who “do not interpret Koran correctly”, Police immediately find links to a mosque or madrasa; not to St.Peter´s Basilica in the Vatican or to Shotokan Monastery school.

Koran is difficult for understanding, and can be easily  interpreted erroneously? Yes, it´s true; Koran is VERY difficult for understanding, it´s vague and unclear.. But if millions of people after reading the Koran have turned to terrorism or become its supporters, then there is something in the Koran itself which leaves broad margin for such “erroneous interpretations”. If a scientist invented a medication that cures AIDS but provokes  cancer, and millions of people died after using this medication, such a scientist will be sued and put to jail. Of course, he can say that stupid patients did not interpret correctly his instructions, but I have serious doubts that the sentence will be “not guilty”; he had to write the instructions in such a way which would not leave a margin for “erroneous interpretations”.

But – why, exactly, do we say terrorists do not understand Islam and interpret Koran in some erroneous way?

Islam stands on the Koran. And Koran consists of two blocks: one “revealed” in Mecca,  and another “revealed” in Medina. In Mecca,  Muhammad still hoped his religion could be spread by preaching peace and love, and Suras of the Koran of that period are really peaceful. Suras like “to you my religion and to me mine”, or like ” By killing a man you kill all the Mankind” which Muslim clerics love to quote to mystified Europeans and Americans as a proof of Islam being “ a religion of peace” are from Mecca. However, twenty five years of preaching peace to Pagan Arabs in Mecca  brought to Muhammad  just some 50 followers – and Muhammad understood that at this speed of conversion, he would most probably  see a triumph of his religion only in the Afterlife. So, he and his followers moved to Medina; that was a first documented Muslim immigration, and its goal was : to subdue the native residents and make Islam dominant .  http://chersonandmolschky.com/2013/10/02/goalofmuslimimmigration/ There he sharply changed his “revelations”, converting Islam in the religion whose aim was a world domination. The instrument to achieve this goal should be Jihad, Holy War, one of whose components is Terrorism. In Medina, a second block of Suras, was “revealed” , and .these Suras had nothing of peace and tolerance; they called to “kill infidels wherever you find them”, “fight them until mischief is no more, and religion is for Allah”.

What if one Sura contradicts another? The solution was found by Muhammad, who informed his followers that Allah sent him a revelation to change any revelation revealed earlier.

Nothing of our revelation (even a single verse) do we abrogate or cause be forgotten, but we bring (in place) one better or the like thereof.

And when We put a revelation in place of (another) revelation, – and Allah knoweth best what He revealeth

Later, Muslim theologians developed this brilliant idea and agreed that all Suras of the Koran  are “ a Word of Allah”, but if one Sura contradicts another, the one written later is more “Word of Allah”, like in the Army: in case of two contradictory orders, a soldier has to fulfill the one given last. This trick is called Nasj, or abrogation.

And which Suras of the Koran were written later?

Calling to violence Suras of Medina.

So, is Islam “a religion of peace”?  Yes, when Muslims want it, and it will be a True Islam. But as soon as they decide it´s time to attack, they use a second block of Suras of Medina- and that will be also a True Islam.

Peaceful Suras of Mecca are used by Muslims when they are weak, to gain time and to lull the enemy with nice words about Islam being a religion of peace.

Violent Suras of Medina are used when Muslims decide that the enemy is weak, that his spirit is broken and that they have good chances to win.

But the goal remains the same: ISLAM MUST RULE THE WORLD.
Until we understand that our enemy is Islam – we shall go on seeing corpses in the streets of our cities.