WATCH: The End Of America: “We Are All Witnessing The Death Of A Country” –

Previous Next
WATCH: The End Of America: “We Are All Witnessing The Death Of A Country” –

WATCH: The End Of America: “We Are All Witnessing The Death Of A Country” 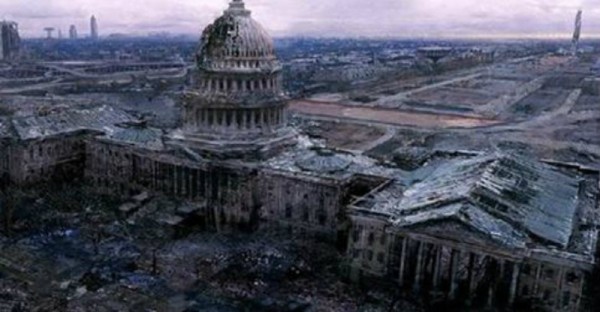 With Europe’s immigrant crisis coming to a head and similar events having played out in the United States last summer, it should be clear that what’s happening is an orchestrateddetonation of First World nations.

A new must-see micro documentary from Future Money Trends highlights the insane policies behind the mass migrations and how, as millions of undocumented illegal aliens enter our country through the southern border, we are seeing the very death of a once great country right before our eyes.

Watch The End Of America:

The cultural genocide going on in this country… where school teachers, politicians and community leaders believe we have something to be ashamed about.

Humanity is ugly. And America’s history is no different. But let’s not pretend that blacks weren’t slave owners and slave distributors. Native Americans went to war all the time over land and killed other native Americans.

Although given enough time – and they’ll be there – California is already looking pretty third-world with a rapidly shrinking middle class.

In southern California, drive down a street where Mexicans are migrating to and you’ll notice a boom in window security bars.

It is only a matter of time before the middle class is wiped out and America begins to resemble the poverty, violence and tyranny so often associated with the countries from which many illegal migrants originate.

This micro-documentary is the first in a multi-part series being produced by Future Money Trends. To receive updates when new videos are released we encourage you toclick here and subscribe.