Previous Next
Urgent Call for Intercession Over Franklin Graham

Franklin Graham (Courtesy/BGEA)
Billy Graham was a pastor to presidents and certainly addressed the moral slide in America as far back as the 1950s, but Franklin Graham seems to be wearing his dad’s mantle on steroids.
The once prodigal son is not shrinking back from hot button cultural and political issues—he actually pointed to Jezebel Scriptures in the book of Revelation to describe the condition of America and is speaking bluntly about transgender bathrooms—nor does he mince words about Islam.
Franklin Graham even dared to rebuke President Obama at a time when other Christian leaders are embracing Chrislam.
Why is Graham so bold? Because he sees an Islamic storm coming against America. Although he’s not a Pentecostal spiritual warrior who prays in tongues and binds devils, he has strong discernment and enough boldness to go toe-to-toe with the principalities and powers that have targeted Christians for destruction.
Franklin Graham is saying what most politicians, pastors, news pundits and others refuse to say: Islam is not a religion of peace.
Do Peaceful Religions Do This?
“For Muslims, peace comes only through submission to Islam. When they speak of peace, they mean submission to their religion,” Graham says. “Worldwide, tens of thousands of men, women and children have been slaughtered in the name of Allah, under the bloody flag of Islam.”
Graham made it clear to Obama, who appears at best a Muslim sympathizer, that followers of a peaceful religion do not cut off the heads of innocent people in the barbaric fashion the world has watched recently. He told Obama that believers in a peaceful religion do not kidnap 300 young schoolgirls as Boko Haram did in northeastern Nigeria in April and reportedly sell them to men to be sex slaves.
Hoping Obama would get the point, Graham told him men who practice a peaceful religion do not detonate bombs on an American street during a marathon race to kill and maim innocent people. He said no one who belongs to a peaceful religion would even consider hijacking jet airliners and flying them into buildings occupied by thousands of innocent people beginning their workday, as happened in this country and in this city on 9/11.
“Mr. President—no peaceful religion would tolerate, let alone practice, female circumcision, require a woman to have her husband’s permission to leave her home and take up employment and restrict her ability to receive justice in the case of sex crimes,” Graham says. “”Mr. President—a peaceful religion would not condone and allow a father to drown a daughter in a swimming pool in front of the family in the name of family honor because she might have stayed out late in the evening with her boyfriend, Mr. President—why haven’t the 3.5 million Muslims in North America rejected this gross, barbaric and despicable behavior by their fellow Muslims on American soil?”
Obama Gives Islam a Pass
The righteous are as bold as a lion (see Prov. 28:1). Franklin Graham fits that description in his unrelenting campaign to expose Islam for what it really is—and for confronting an American president who some are starting to wonder is sleeping with the enemy. In fact, Graham told Fox News that Obama “only knows Islam” and therefore fails to use the term “radical Islam” when discussing Islamic terrorists.
“His mother was married to a Muslim. His father was a Muslim,” Graham said during an “On the Record with Greta Van Susteren” interview. “Then she married a man from Indonesia. He was raised in Indonesia. Went to Islamic schools. I assume she was a Muslim. So his whole life, his experiences have been surrounded by Islam. He only knows Islam. And he has given a pass to Islam.”
Graham is not afraid to speak directly to Islamic terrorists, either. Graham is pointing to Romans 14:11, Philippians 2:10 and Isaiah 45:23 in his latest response to Muslim terrorism.
“The evil of ISIS really shouldn’t shock us—it is fully in keeping with their ultimate agenda of hastening a final apocalypse,” Graham wrote on his Facebook page. “God’s Word tells us that there will be a final battle one day, but it will result in the defeat of Satan and all those allied with him. One thing is for sure—one day every knee will bow and every tongue will confess that Jesus Christ is Lord, to the glory of God the Father.” Amen.
IHOPKC’s Mike Bickle last month called for believers to support and pray for Graham as he has “boldly yet tenderly taken a biblical stance in warning America in relation to Islam, gay marriage and several other important subjects.”
I’m making an even more fervent call for intercessors to rise up and pray for Graham day and night. The enemy would like nothing more than to silence this mouthpiece for God who is confronting and pushing back darkness in our generation. Likewise, those who subscribe to anti-Christ agendas are raging against his voice. Saints, let’s make it a priority to lift up Graham in prayer, wage spiritual warfare against the attacks on his life and bless his ministry. And while you’re at it, pray for President Obama too. Amen?
Jennifer LeClaire is senior editor of Charisma. She is also director of Awakening House of Prayer in Fort Lauderdale, Florida, and author of several books, including The Next Great Move of God: An Appeal to Heaven for Spiritual Awakening, Mornings With the Holy Spirit, Listening Daily to the Still Small Voice of God, The Making of a Prophet and Satan’s Deadly Trio: Defeating the Deceptions of Jezebel, Religion and Witchcraft. You can visit her website here. You can also join Jennifer on Facebook or follow her on Twitter.
http://www.charismamag.com/spirit/prayer/22645-urgent-call-for-intercession-over-franklin-graham 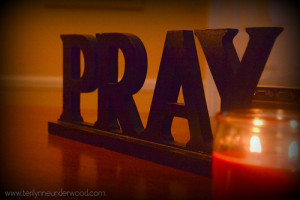