This was bound to happen. As soon as the West surrendered its values, freedom and culture to Islamic sharia, then it’s a logical consequence that savagery, oppression and genocide in the cause of Islam would be exalted and equated with the good.

How can anyone look at the UK and say it’s not doomed? More frightening is that Obama is pursuing and advancing the same jihad.

Students at a London university have banned an alumnus from speaking about his experiences fighting ISIS in Syria because they did not want to encourage others to go and fight against them. They’ve claimed “one man’s freedom fighter is another man’s terrorist” in a statement apparently overlooking the bloody and gruesome modus operandi of Islamic State terrorists.

“In every conflict there are two sides, and at [University College London Union] UCLU we want to avoid taking sides in conflicts,” Muslim official Asad Khan, the Activities and Events Office, wrote in an e-mail to Kavar Kurda, the president of the Kurdish Society who had invited the speaker.

Macer Gifford, a former currency trader who spent five months in Syria earlier this year fighting against ISIS with the Kurdish Group YPG, was due to speak. He has previously said he was “shocked to the core” by the rise of ISIS and wanted “to shine a light and to show the Kurds aren’t alone”.

However, Mr Khan said the union did not want anyone emulating his heroics. He was banned “because there were concerns an event with a person speaking about their experiences fighting in Syria could lead to others going and fighting in the conflict.”

Mr Khan told The Tab: “…although I understand YPG are fighting against ISIS the situation is far too complex to understand in black and white”. When contacted by Breitbart London, he refused to confirm that he would not cancel such an event again. 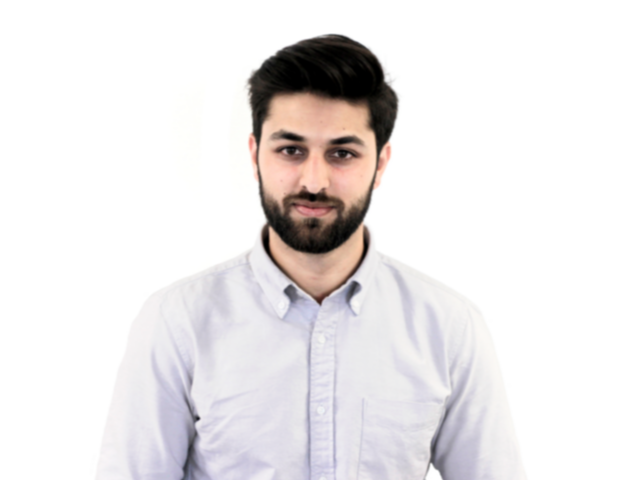 Mr Khan has previously held key positions in both the Islamic and Pakistani societies at UCL. His election to the £25,000 a year job as a Union officer was marred by an electoral fraud controversy, for which he and fellow candidate Mohammad Ali had votes deducted.

Both belonged to a slate of candidates backed by the Islamic Society, who won four of seven full-time sabbatical roles for the 2015 – 2016 academic year.

In 2010, UCL’s Islamic Society was led by Umar Farouk Abdulmutallab, who became know as the “underwear bomber.” The institution became notorious for rampant anti-Semitism and flagrantly hosting Islamists extremist in that period.

The Union doubled down on the ban in a statement, claiming they where exercising “caution” because they had not heard back from the police and claiming the “final decision” was because the talk “could lead to others going and fighting” against ISIS, which was not seen as an “appropriate message.”

“Although we consider freedom of speech on university campuses to be of vital importance,” they add, and “despite the fact that YPG aren’t deemed a terrorist organisation,” the Union said they had concerns about “human rights abuses”, comparing the YPG to Hamas and Hezbollah, siting two critical articles by Amnesty international and the United Nations (UN).

A petition started in Mr Macer’s support states: “Macer Gifford is an excellent example of someone laying his life on the line in order to champion human rights, and to deny a man who has spoken at the BBC, Portcullis House and an ex-UCL student is absolutely outrageous”

Adding: “They placed the YPG in the same brackets as Hamas and Hezbollah, even though they are far from terrorist groups. They ignored the thousands of articles supporting and praising YPG and instead focused on bias Turkish news sources, a nonsensical Amnesty report and a hazy UN report.”

Concluding: “All in all, UCLU and Asad Khan displayed horrible prejudice against the Kurdish cause, human rights and the freedom of speech. Universities are here for academic development and intellectual enlightenment. How can we be expected to develop if we are being censored from the beginning?”

Mr. Kavar said Mr. Khan told him, “one man’s freedom fighter is another man’s terrorist.” Adding: “Asad went down the same route as CAGE and other questionable organisations by appealing to white middle class stereotypes and told me the only reason Macer wasn’t arrested was because he is ‘white and middle class’.

“I find it astounding such an institution like UCL are unwilling to take a side in this conflict If you don’t support Kurds and the YPG, only ISIS are left. Where’s the freedom of speech? What about human rights?”