Previous Next
The Struggle – Part Two 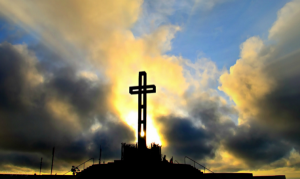 “Dear brothers and sisters, I urge you in the name of our Lord Jesus Christ to join in my struggle by praying to God for me” NLT

Wasim’ s struggle continues:
“They beat me severely. My chin was split wide open and my clothes were covered with running blood. It was so painful. But, this pain was a sweet pain because it was because of my faith and I proved that my faith is true. A Muslim doctor stitched up my chin.

Because I would not embrace Islam again my father refused me food and did not allow me to live with my family. I was told there would be no share of the family property because I was no longer a Muslim. He reminded everyone in the family that, according to Islam the punishment for leaving is death. He did show me some mercy by allowing me some time to think about my decision.

I did not change my mind and I was kicked from the house. On my way out the door I was told they would no longer have a relationship with me. From then on they considered me a pagan. The door was left open if I would come to the mosque and announce that I don’t believe this paganism called Christianity.

Over time many Muslim people and Islamic organizations tried to kill me. But, Jesus saved me from every step of evil.

I was asked to share my testimony from city to city. A few friends who dared talk to me told me that my parents and a certain group of Muslims were looking to kill me. I was getting a reputation as a bad Muslim example to others. Because of my Christian walk with Jesus I was an outcast from every Muslim.

I ran away to another city where the principal of the Christian Territory Training School ‘CTTS’, and an American teacher, helped me. I spent two years with them — one year training to be an electrician and one year serving the Lord in towns and villages. It was a peaceful time and the Lord gave me rest.

Eventually the Muslims heard that I was living at ‘CTTS’. They sent some bad characters to kidnap me. When the American teacher over heard what they are whispering, he told the principal. The principal sent me to another city. It was a big old hospital building that ‘CTTS’ bought for missions work. I spent two months there. The principal called me back for my final examination which I passed. Praise the Lord!

My heart burned to tell others the lies of Islam and I wrote a book titled ‘Make a Choice.’ I sent it to a Christian press. They answered, ‘We cannot print your book because Muslims will come and burn our presses.’ Then I sent the book to the USA. A Christian brother wrote me saying, ‘Muslims all over the world were looking for Salman Rushdie, writer of Satanic Verses.’ He went on to say, ‘We can’t print it, for your sake, because Muslims can kill you and we don’t want to insight riots.’

I was missing my home city. I decided to return. A Christian man gave me a room to live in. Next to my room was a preacher of the Gospel of Jesus living with his family. They were made aware of my fragile situation.

Soon I was confronted at my door by a group of Muslims. They beat me severely because I was a Christian with a Muslim name. The preacher rushed to my aide as the Muslims ran out. He looked after me for the entire night. He prayed for my life. He provided me medical treatment. When I was well enough to be on my own he said, ‘I love you Christian and your strength in your faith.’ We want to ask you if you would live with us, as a family member. I said, ‘Yes.’

They moved to another area in the city and I spent a few years with them. My brothers heard that I was back in my home city. One of them contacted me.” Part 3 tomorrow.

Prayer: Father thank you for fellow Christians who step up and come to the aide of brothers and sisters in distress. In the name of the Lord Jesus Christ. Amen!