The Rise of Islam in Our Children’s Minds

Previous Next
The Rise of Islam in Our Children’s Minds 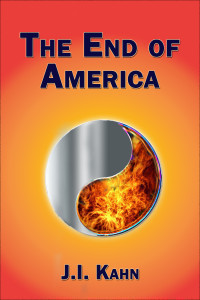 Is This the Destruction of America?

The Rise of Islam in Our Children’s Minds

A friend sent a copy to me of the current assignment in Social Studies for her Seventh Grade son. Since the truancy people have threatened her if he doesn’t go to school, he has simply been instructed to face the back of the classroom and ignore the instruction. However, that solution is problematic, and what we are seeing is a program of enforced indoctrination.

The student’s previous historical education included California history, primarily the early Spanish portion with the Missions and Spanish settlement; Ancient history centered on the Mediterranean Sea (Byzantine Empire, Romans, etc.), and the Rise of Islam (current studies). No America history, no European history, no government studies.Hitler arranged the educational system to propagandize the Nazi philosophy, and dwell on certain aspects of the German culture. He did not instill a foreign culture into the minds of the children. What country would even consider doing such?

So, before we look into just what is currently being studied, let’s think a bit about the near future. The students who have taught very little of our own history, but have been indoctrinated (I can’t think of a better word) in Spanish settlement of California, and Islam’s role in the world, including how badly the White Europeans treated them, will leave them with a foundation of culture that excludes that which they were born into, believing that their roots are from a Spanish and Muslim heritage.

They will object to any subsequent instruction that might dwell upon the settlement of the “New World” by English and French adventurers—those that brought civilization rather than chaos—because it would be foreign to the foundation that had been implanted in them. The “Great Experiment”, the first, and only real, government created by the people of the country, for the purpose of self-government, will be spurned as inconsequential, even though it laid the foundation for the freedom of those invaders (yes, that is the correct word) who have used those protected freedoms (which do not exist where they came from) to destroy the very structure that has led the world to the advanced society it has become. The result will be a regression of society back into a barbaric age, which should have been left to the dustbin of history.

Some of the atrocious effects of this program include:

Since the Department of Education is an Administrative Agency under the Executive Branch (the President), we can expect no change in this policy, except possibly getting worse, until January 2017, when a new President will take office.

If the new President chose to change the policy, it would probably not go into effect until the beginning of school in September 2017.

That would leave this school year and the next of total indoctrination of our children into the benefits of Islam as a state religion, and it would be very difficult to undo the mental damage to our children, since it is the parents who willingly send their children to the government schools, telling them that school is where they will be taught what they need to know to get along in life and in America.

This country was a “Great Experiment” in self-government. It has turned into an oligarchy that is not responsive to the will of the people, and often is beyond the ability of Congress, our chosen representatives, to retain control of what they have willingly passed on to the Executive Branch.

If this is to change,  and if we are determined not to allow these two school generations to be taught that Islam is great, and then probably vote for Muslims running for office, then we must, as the Founders did, determine to take upon ourselves, regardless of the laws but consistent with the Constitution, the responsibility and the task of removing this cancer from our society.  And, that, by any means necessary, with no restrictions.