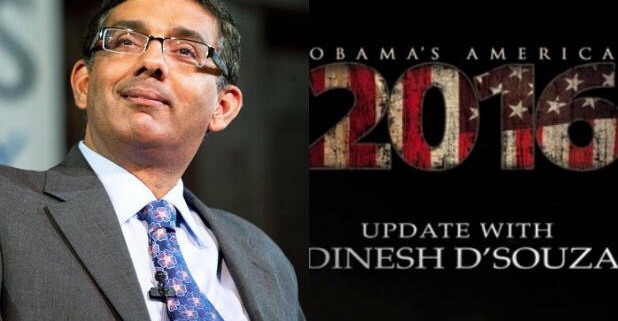 The story of Dinesh D’Souza’s persecution by the Obama administration is a story that isn’t being talked about much. The idea that Dinesh D’Souza would be hounded and punished for something that Democrats do every day — Reminds me of something we might see coming out of Fidel Castro’s Cuba or Chairman Mao in China.

This story originally written by Pamela Geller needs to be highlighted once again. Pamela Geller states “I am no D’Souza fan” – You have watch the debate between Dinesh D’Souza and Robert Spencer at CPAC 2007 to know where she’s coming from, but in Gellers 2010 book The Post-American Presidency: The Obama Administration’s War On America, She gave the details of illegal contributions to the 2008 Obama campaign — from Hamas-controlled Gaza, no less, there was no media investigation. Not even a bit of attention was paid to that illegal activity  taking money from a foreign country or entity is illegal. Not to mention, Hamas is our enemy!  Yet D’Souza has served prison time, his reputation has been besmirched, his life turned upside down and why?

AUTHOR OF SEVERAL BOOKS AND MOVIES DOCUMENTING THE OBAMA ADMINISTRATION’S INTENT FOR AMERICANO ONE SO MUCH AS BATTED AN EYE. BUT THE IDEA THAT DINESH D’SOUZA WOULD HAVE TO UNDERGO PSYCHOLOGICAL EXAMINATION FOR BREAKING THE RULES TO SUPPORT CONSERVATIVES — THAT’S A NEW STALINIST MODE OF AMERICAN POLITICS.

Breitbart News reported in September 2014: “In addition to his five-year probation sentencing and eight months of confinement in a community confinement center — or restitution center, which will likely be completed in San Diego, California where D’Souza resides — Judge Berman ordered D’Souza to undergo ‘therapeutic counseling.’

The idea that Dinesh would have to undergo psychological counseling is Maoist. It’s what Mao Zedong did to intellectuals and political dissidents in China. And as could have been predicted by anyone who is aware of how totalitarians have used psychology as a weapon, the psychological counseling hasn’t gone well. On Monday, Judge Berman “read aloud a report from a court-appointed psychologist who called D’Souza ‘arrogant’ and ‘intolerant of others’ feelings.’” This was in the context of Berman emphasizing that D’Souza had “to do eight hours each week for the entire five years he’s on probation and not just the eight months he was confined to a halfway house.”

Since when did being “arrogant and intolerant” — that according to a court-appointed psychologist — become a crime? The psychologist also claimed that “the client tends to deny problems and isn’t very introspective.” If that were a crime, Barack Obama should be serving a life sentence. If being arrogant and intolerant were a crime, you’d have to arrest the entire mainstream media.

Where is the outcry? Where is America? I don’t care if the media isn’t writing about it. Where are decent Americans? It’s chilling. If Dinesh D’Souza is psychologically damaged in some serious way, so are millions of conservative Americans. And that’s the insidious point of his “therapeutic counseling.”

The persecution of Dinesh D’Souza is the latest manifestation of a disturbing new trend in American politics. After the Benghazi jihad attack on September 11, 2012, Hillary Clinton promised that the maker of the Muhammad film upon whom the Obama administration wrongly blamed the attack, Nakoula Basseley Nakoula, would be arrested. And he was, on the flimsy pretense of a probation violation that was far less serious than comparable violations that U.S. courts and police ignore every day. Whatever the pretense, Nakoula was a political prisoner. He was jailed for blasphemy. And he remained the U.S.’s only political prisoner for a full year. If he hadn’t made the video, he wouldn’t have been in jail. The filmmaker was hunted down like an animal, and was in jail for trumped-up charges in an act of submission and surrender to Islamic law. This was a complete abridgement of our freedom of speech rights.

This was Obama sharia enforcement in America. Obama brought down the gavel on free speech at the UN when he said in the wake of the Benghazi attack, “the future must not belong to those who slander the prophet of Islam.” Now we see, with the persecution of Dinesh D’Souza, that as far as the arrogant and intolerant autocrat in the White House is concerned, the future doesn’t belong to his political opponents, either.

In some Muslim countries, if you leave Islam, you risk being committed to an insane asylum. Is that what we are coming to in the United States? If you dissent from the dominant opinion, you will considered crazy and committed?

All charges against Dinesh D’Souza, and the ridiculous and insidious order that he undergo psychological counseling, should be dropped now — unless every Democrat who has skirted campaign finance laws is likewise prosecuted and persecuted.

The use of the legal system to persecute political opponents is a hallmark of authoritarian regimes. This is how low the Obama administration has sunk.

WHY MILLIONS LEAVE ISLAM ** MUST SEE **
Scroll to top