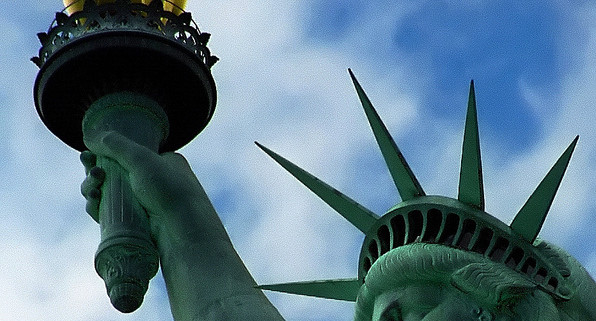 harbinger
noun, verb
Definition: (n.) a sign or indication of future events; (v) to foreshadow or announce something coming in the future
Synonyms: (n.) forerunner, precursor, indicator, herald, augury, portent, presage, (v.) portend, foreshadow, indicate, bode
Antonyms: Tips: Harbinger is a difficult word, as its etymology has no bearing on its current meaning. Try to think of a way of associating harbinger with predicting the future or signs of the future. Harbinger is a more sophisticated way of referring to a sign that predicts or indicates the future or events to come.

Isa 9:10 The bricks are fallen, but we will build with hewn stone; the sycamores are cut down, but we will put cedars in their place.
See verses before and after. Isa. 9:10 are words of defiance, pride and arrogance. This was Harbinger number 1 to Israel, who as a nation, had turned away from God.
The Harbinger by Rabbi Jonathan Cahn – published 2012.
Is it possible… That there exists an ancient mystery that holds the secret of America’s future? That this mystery lies behind everything from 9/11 to the collapse of the global economy? That ancient harbingers of judgment are now manifesting in America? That God is sending America a prophetic message of what is yet to come?

Before its destruction as a nation, ancient Israel received nine harbingers, prophetic omens of warning. The same nine harbingers are now manifesting in America—with immediate ramifications for end-time prophecy. Hidden in an ancient biblical prophecy from Isaiah, the mysteries revealed in The Harbinger are so precise that they foretold recent American events down to the exact days.
The revelations are so specific that even the most hardened skeptics will find it hard to dismiss or put down. It sounds like the plot of a Hollywood thriller – with one exception… IT’S REAL. The prophetic mysteries are revealed through an intriguing and engaging narrative the reader will find hard to put down.

The Harbinger opens with the appearance of a man burdened with a message he has received from a mysterious figure called The Prophet. The Prophet has given him nine seals, each containing a message about America’s future. As he tells of his encounters with The Prophet, from a skyscraper in New York City to a rural mountaintop, to Capitol Hill, to Ground Zero, the mystery behind each seal is revealed. As the story unfolds, each revelation becomes a piece in a greater puzzle – the ramifications of which will even alter the course of world history.

Isa 9:10 was quoted ( word for word) just after 911 by Tom Daschle. 911 being America’s first Harbinger.
The second Harbinger for America is essentially the same as for Israel:
Terrorism by the Assyrians. The descendents of the Assyrians are also, of course, from the middle east. They were Semitic and spoke a language called Akkadian – now known as Arabic, which is spoken by Al Qaeda and all terrorists.

The third Harbinger was for Israel – the fallen bricks – for America it was Ground Zero, 2.5 thousand years later.
For further Harbinger’s—-read the book.

Isa 9:10 quoted on 911 anniversary by John Edwards.
Isa. 9:10 quoted (unknowingly) by Barrack Hussein Obama just after his election – He said “We will rebuild. We will recover. We will be stronger than before”.

The consecration of America took place by George Washington at St. Paul’s cathedral a few feet from the World Trade Center, (not Washington, D.C.). It was not damaged during 911,- called “a miracle”, and protected by a sycamore tree.

The foundation of the Washington monument is now cracked severely due to an earthquake.
The consecrated Temple of Solomon was completely destroyed.
The financial crash involved God’s number of completion (seven) in a number of ways: Seven years post 911, 7% decline. 777 re. stock market decline – this occurrence was also a Harbinger.
The next date to consider would be 2015.

2Ch 7:14 if my people, who are called by my name, will humble themselves and pray and seek my face and turn from their wicked ways, then will I hear from heaven and will forgive their sin and will heal their land. (Who is “my people”?)

Jan Markell in her “Understanding the Times” publication – September-October 2012, delineates the accusations against Rabbi Jonathan Cahn, and rejects them totally. Her website is www.olivetreeviews.org. Jan is a Messianic Jew and also has radio programs throughout America

IS AMERICA REALLY THAT CONNECTED TO THE NATION OF ISRAEL?

“Turning away…” From the book!
Scroll to top