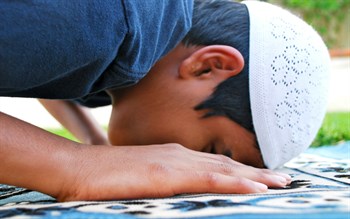 Some advice on fighting Islamic-loving textbooks

An expert on public education says parents can fight school curriculums that glorify Islam and indoctrinate their children.

Stories of school textbooks that praise Islamic teachings – and minimize or outright criticize Christianity and Judaism – have been reported by OneNewsNow for some time, most recently in an October 21 story.

That story described fuming parents in Tennessee and Georgia.

At the Georgia public school, students were expected to write that Allah is the “same God” worshipped by Christians and Jews, Christianity Today reported.

Donna Hearne of The Constitutional Coalition says the fight is a local one, because every public school district has a school board overseeing it.

“And every school board has to approve curriculum standards,” says Hearne, though she adds that most school board members “rubber stamp” what school administrators recommend.

Hearne, an author and political activist, is also a former public school teacher and has served on a school board.