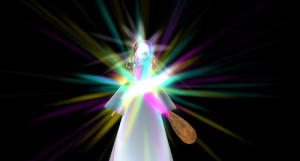 AFA added in an Action Alert yesterday to its one million-plus friends and supporters that some members of these groups have committed violent crimes against Christians and faith-based groups. Physical and profane verbal assaults against Christians are also methods frequently exercised as angry methods of intimidation.
To view the anti-Christian groups by state, visit http://afa.net/bigotrymap. AFA also distributes a weekly email alerting Christians of the top anti-Christian bigotry stories across the country and how they can take action.

The AFA Action Alerts app, with breaking news and action alerts, is available for the iPhone and iPad on the Apple App Store, on Google Play and on the Amazon Appstore for Android. The AFR (American Family Radio) app is available for Apple and Android products, and the AFA Action app with, for example, voter information at election time, is available on Apple and Android platforms.
http://www.charismanews.com/us/48457-over-200-groups-that-openly-display-an-antichrist-spirit

Sinners in the Hands of an Angry God OH OH IS SAYING “HOW AWFUL” ENOUGH?
Scroll to top