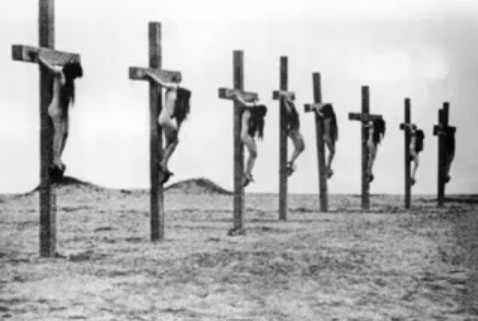 Next month, Armenians worldwide will mark the centennial of the Armenian Holocaust that saw 1.5 million of their people perish barbarically at the hands of the Ottoman Turks in a jihad that is continuing today under the Islamic State. This destruction of the Armenians in Anatolia, where they had lived for several thousand years, was also the event that gave Hitler reason to believe he could get away with exterminating Jews, Poles and Gypsies.

“Who still remembers today the annihilation of the Armenians?” the Nazi leader reportedly said. 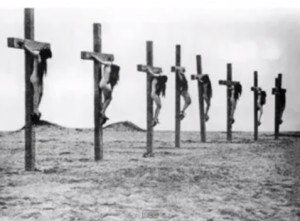 The trauma of 1915 left deep scars on the Armenian psyche, similar to those the Nazi Holocaust made on that of the world’s Jews. As a result, one would think the Obama administration would show an increased sensitivity regarding the killing of Armenians, especially by Muslim enemies, and more especially in view of the approaching Armenian Holocaust’s centenary in April. But only last month, US Assistant Secretary of State for European and Eurasian Affairs Victoria Nuland urged Armenian authorities to make “a humanitarian gesture” and release two Azeri terrorists who had crossed the border from Azerbaijan and murdered two people, one a 17-year-old. A third Armenian, a woman, was badly wounded.

“Such humanitarian gestures have been shown to reduce tensions and build trust between the sides. So that’s what she (Nuland) was referring to,” said a state department spokeswoman later at a press briefing, in explaining the assistant secretary’s controversial remarks.

Nuland was in Azerbaijan, the second stop of her tour of the Caucuses Mountains, when she made the “humanitarian gesture” comment, having previously visited Georgia. In Azerbaijan, Nuland also said she would take up the matter of releasing the two imprisoned Azeris when she visited Armenia, her next and last stop. Armenia and Azerbaijan are both former Soviet republics in the southern Caucuses Mountains, who now face each other over a closed, hostile border. Armed clashes occur there now almost daily and deaths have occurred. The military confrontation between the two Caucasian nations has recently become so heated, it is feared armed conflict could break out.

The cause of the enmity between Christian Armenia and Azerbaijan, a Turkic-speaking, Muslim-majority country, was an undeclared war fought from 1988 to 1994 over Nagorno-Karabakh, an Armenian enclave inside of Azerbaijan that sought secession and reunification with Armenia in the dying days of the Soviet empire. The Nagorno-Karabakh Armenians, perceiving themselves as victims of the Soviet Union’s nationalities policy, believed they were righting a historical wrong. In 1921, the Bolsheviks had first awarded the enclave to Armenia but later reversed that decision, giving it to Azerbaijan, even though the population, according to an early Soviet census, was 95 percent Armenian. Stalin was reportedly responsible for this fateful, and disastrous, decision reversal.

During the conflict, both sides engaged in ethnic cleansing. According to authors Caroline Cox and John Eibner, Azeris cleared 40,000 Armenians out of Kirovabad, Azerbaijan’s second-largest city, in 1988 in response to Nagorno-Karabakh’s secession drive. Another Azeri pogrom against Armenians, in which 32 were killed, preceded this in Sumgait, followed by another in Baku, Azerbaijan’s capital.

“The Armenians were not quick to retaliate to the Sumgait massacre,” wrote Cox and Eibner in their 1993-published book Ethnic Cleansing In Progress: War In Nagorno-Karabakh. “But Armenian restraint crumbled in response to the Kirovabad pogrom and the anti-Armenian demonstrations in Baku.”

In the war itself, the outnumbered Nagorno-Karabakh Armenians, with assistance from neighboring Armenia, not only won their independence, defeating the Azeri forces, they also conquered some adjoining Azeri territory, which they still hold today. With the victory, Nagorno-Karabakh renamed itself Artsakh (its ancient name when an Armenian kingdom), and became an independent state, recognised internationally, however, by few others. These diplomatic difficulties have also prevented Artsakh from joining Armenia, although the two are closely entwined.

Until now, Artsakh has refused to return the Azeri territory it occupies until it can be guaranteed that it will not be used to stage attacks on its land. In this respect, Nagorno-Karabakh has adopted a position similar to Israel’s regarding the Arab territories it captured in 1967: it will trade land for peace.

Azerbaijan’s ally, Turkey, which is located on Armenia’s western border, became so incensed when the Artsakh forces were winning that it threatened to attack Armenia, although it was not officially a combatant. Apparently, Turkey is not content with having murdered 1.5 million Armenians a hundred years ago and wants to continue this homicidal tradition in this century. A Turkish military assault on Armenia would be like Germany attacking Israel today.

However, a warning from the Kremlin that a Turkish attack on Armenia would mean war with Russia caused Turkey to climb down, thus averting a regional conflict. In the end, to save face, all Turkey could do was seal its border with Armenia as well. This closure has lasted now 22 years, severely disrupting the Armenian economy. And incredibly, while trying its best to strangle Armenia, Turkey has hypocritically complained about Israel’s blockade of Gaza.

So it is against this background of war, genocide, ethnic cleansing and ancient hatreds that Nuland called upon Armenian authorities to make a “humanitarian gesture” and release the murderers. The two Azeri terrorists were found guilty in a Republic of Artsakh court after an “open and transparent trial,” and received prison sentences of life and 22 years respectively. One of the charges that formed the conviction was “murder committed by an organised group motivated by ethnic hatred.” Artsakh security forces killed a third Azeri terrorist belonging to the group. None of the three, Azerbaijan claims, are members of its military.

Although Artsakh is recognised by four American state governments, the most recent being California in 2014, the federal government continues to deny it diplomatic recognition. As a result, Nuland did not talk with Artsakh authorities when in Armenia. Instead, she met with the Armenian foreign minister and visited the Armenian Holocaust memorial in Yerevan. But Nuland’s talks with Armenian officials concerning the two Azeri terrorists yielded no results.

This was to be expected. Armenians well remember the terrible injustice and humiliation inflicted on them when the Hungarian government released early from prison an Azeri military officer, Rami Safarov, who had killed Armenian officer, Lt. Gurgen Markarian, in his sleep with an axe in 2004 in Budapest. Both were attending a North Atlantic Treaty Organization-sponsored event at the time. Safarov was released after he had served only six years of a 30 year sentence for reasons that have yet to be discerned, outraging both Armenians and Hungarians.

“With their joint actions the authorities of Hungary and Azerbaijan have opened the door for the recurrence of such crimes,” Armenia’s then president, Serge Sarkisian, stated prophetically. “With this decision they send a clear message to the butchers. The slaughterers hereafter are well aware of the impunity they can enjoy for murder driven by ethnic or religious hatred.”

Safarov returned home to Azerbaijan on a “special flight” and received a hero’s welcome. For his foul murder, the government rewarded him with a pardon, eight years back pay, an apartment and a promotion of two ranks, similar to honours Palestinians bestow on their terrorists for killing Israelis. Also like the Palestinians, one Azeri member of the national legislature called Safarov “a national hero.” Which shows the level of Azeri hatred and civilizational development when an axe murderer is accorded this status.

The reason the Obama administration requested on Azerbaijan’s behalf that the two Azeri murderers be released was probably not a humanitarian one, as it maintains. Like some Arab countries, Azerbaijan is very oil rich, while Armenia has no oil. American companies also have investments in the large Azeri oil industry. Equally important, Azerbaijan serves as a hub for the Caspian Sea-Central Asian energy pipelines. As well, both Israel and the United States view Azerbaijan as an ally in the regional showdown with Iran. So it is most likely that upholding these business and strategic interests with Azerbaijan was the real reason behind Nuland’s pushing for the terrorists’ release.

This situation resembles the controversial early release by Great Britain of Abdelbaset al-Megrahi, a Libyan also known as the Lockerbie Bomber, who was responsible for 259 deaths when a Pan Am flight was destroyed by a terrorist bomb over Scotland in 1988. It was later revealed that the British oil company, British Petroleum, had lobbied for his release, which greatly helped it obtain a $900 million oil exploration contract from Muamarr Gaddafi.

But Armenia is not Great Britain. The murder of Lt. Markarian in Budapest and the two civilians in Artsakh are symbolic of the hatred and homicidal fate the surrounding Turkic populations have in store for the Armenian people, much like the Arabs have for Israel. Also like Israel, Armenians cannot allow the lives of their people to be sold cheaply. They have already suffered one holocaust. Granting early release to the two Azeri terrorists would send a wrong, and very dangerous, message, one that would likely be interpreted as weakness in one of the world’s rougher neighbourhoods where only strength is respected.

Besides, some Armenians view Nuland’s request as hypocritical. Would the United States, for example, release Dzhokhar Tsarnaev to Russia as “a humanitarian gesture” to better relations with an Islamic country or with Putin, they ask? Or free early other imprisoned foreign terrorists with American blood on their hands?

If the State Department truly wants “to reduce tensions and build trust” in the region, it should first tell Azerbaijan and Turkey to lift their blockades and open their borders with Armenia, ending the crippling of the Armenian economy. This is the humanitarian gesture it should be pursuing and not the release of two murderers.

The border openings would not only be a good start to solving the other outstanding regional issues, it would also serve to lessen the Armenian fear that their Muslim neighbours simply want to finish the extermination project they started in 1915. It would also constitute a very fitting gesture of friendship and reconciliation, especially by Turkey, to Armenians worldwide on the centenary of the horrific event that serves as the well-spring of so much of their pain.

But instead of a adopting a principled position that would help lessen that pain, the Obama administration appears to have taken one of unprincipled pragmatism.

Walid Shoebat-the church in America and prophecy!
Scroll to top