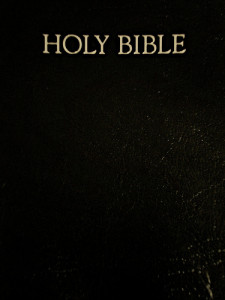 On Feb. 21, 1848, “Old Man Eloquent” John Quincy Adams suffered a stroke at his desk in the House chamber.

He had just given an impassioned speech against the Democrat plan to expand slavery into the Western territories acquired after the Mexican-American War.

A bronze marker on the U.S. House floor indicates where Adams’ desk once stood.

John Quincy Adams was the only U.S president to serve in Congress after having been president, being elected a U.S Representative from Massachusetts, 1830-48.

Nicknamed “The Hell-Hound of Slavery” for relentlessly speaking out against slavery, John Quincy Adams single-handedly led the fight to lift the gag rule that prohibited discussion of slavery on the House floor.

In 1841, John Qunicy Adams defended 53 Africans accused of mutiny aboard the slave ship Amistad. He won their case before the Supreme Court, giving them back their freedom, stating: “The moment you come to the Declaration of Independence, that every man has a right to life and liberty, an inalienable right, this case is decided. I ask nothing more in behalf of these unfortunate men than this Declaration.”

African slaves brought to America were purchased at Muslim slave markets, where over Islam’s centuries of history an estimated 180 million were enslaved.

The annotated “John Quincy Adams: A Bibliography,” compiled by Lynn H. Parsons (Westport, CT, 1993, p. 41, entry#194), contains “Unsigned essays dealing with the Russo-Turkish War and on Greece,” (The American Annual Register for 1827-28-29 (NY: 1830): “The natural hatred of the Mussulmen towards the infidels is in just accordance with the precepts of the Koran. … The fundamental doctrine of the Christian religion is the extirpation of hatred from the human heart. It forbids the exercise of it, even towards enemies. … In the 7th century of the Christian era, a wandering Arab … spread desolation and delusion over an extensive portion of the earth. … He declared undistinguishing and exterminating war as a part of his religion. … The essence of his doctrine was violence and lust, to exalt the brutal over the spiritual part of human nature.”

On Sept. 26, 1810, John Quincy Adams wrote in his diary: “I have made it a practice for several years to read the Bible through in the course of every year. I usually devote to this reading the first hour after I rise every morning. … I have this morning commenced it anew … this time with Ostervald’s French translation.”

In September of 1811, John Quincy Adams wrote to his son from St. Petersburg, Russia: “My dear Son … You mentioned that you read to your aunt a chapter in the Bible or a section of Doddridge’s Annotations every evening. This information gave me real pleasure; for so great is my veneration for the Bible. … It is of all books in the world, that which contributes most to make men good, wise, and happy. … My custom is, to read four to five chapters every morning immediately after rising from my bed. … It is essential, my son … that you should form and adopt certain rules … of your own conduct. … It is in the Bible, you must learn them. … ‘Thou shalt love the Lord thy God, with all thy heart, and with all thy soul, and with all thy mind, and with all thy strength, and thy neighbor as thy self.’ On these two commandments, Jesus Christ expressly says, ‘hang all the law and the prophets.’”

John Quincy Adams’ correspondence to his son is compiled in “Letters of John Quincy Adams to His Son, on the Bible and Its Teachings,” which contains his statement: “No book in the world deserves to be so unceasingly studied, and so profoundly meditated upon as the Bible.”

On March 13, 1812, John Quincy Adams noted: “This morning I finished the perusal of the German Bible.”

After negotiating the Treaty of Ghent, John Quincy Adams wrote from London, December 24, 1814: “You ask me what Bible I take as the standard of my faith – the Hebrew, the Samaritan, the old English translation, or what? I answer, the Bible containing the Sermon on the Mount. … The New Testament I have repeatedly read in the original Greek, in the Latin, in the Geneva Protestant, in Sacy’s Catholic French translations, in Luther’s German translation, in the common English Protestant, and in the Douay Catholic translations. I take any one of them for my standard of faith.”

On Dec. 31, 1825, John Quincy Adams wrote in his diary: “I rise usually between five and six. … I walk by the light of the moon or stars, or none, about four miles, usually returning home. … I then make my fire, and read three chapters of the Bible.”

Poet Ralph Waldo Emerson wrote concerning John Quincy Adams: “No man could read the Bible with such powerful effect, even with the cracked and winded voice of old age.”

John Quincy Adams wrote: “I speak as a man of the world to men of the world; and I say to you, Search the Scriptures! The Bible is the book of all others … not to be read once or twice or thrice through, and then laid aside, but to be read in small portions of one or two chapters every day.”

At the age of 77, John Quincy Adams was vice-president of the American Bible Society, where he stated, Feb. 27, 1844: “I deem myself fortunate in having the opportunity, at a stage of a long life drawing rapidly to its close, to bear at … the capital of our National Union … my solemn testimonial of reverence and gratitude to that book of books, the Holy Bible. The Bible carries with it the history of the creation, the fall and redemption of man, and discloses to him, in the infant born at Bethlehem, the Legislator and Saviour of the world.”

John Quincy Adams stated in his Presidential Inaugural Address, March 4, 1825: “‘Except the Lord keep the city, the watchman waketh in vain,’ with fervent supplications for His favor, to His overruling providence I commit with humble but fearless confidence my own fate and the future destinies of my country.”
Brought to you by AmericanMinute.com.

WHAT HAPPENS WHEN A NATION TURNS AWAY FROM GOD?