National Security A ‘Churchillian’ Netanyahu is threat to Obama

Previous Next
National Security A ‘Churchillian’ Netanyahu is threat to Obama

A Messianic Jewish leader expects Israeli Prime Minister Benjamin Netanyahu to be extremely “Churchillian” – much to the chagrin of the White House – when he addresses a joint session of Congress on Tuesday.

It isn’t yet clear just how many Democrats might skip the Israeli leader’s address tomorrow morning. Democrats urged Netanyahu to postpone the speech or hold it behind closed doors, but he turned them down.

Democrats who do attend are expected to hear the prime minister criticize President Barack Obama over his efforts to negotiate a nuclear deal with Iran – one of the Jewish nation’s Middle East nemeses and one of four countries described by the U.S. State Department as “a state sponsor of terrorism.” Netanyahu, who is up for re-election in a few weeks, opposes such a deal as too weak and says a nuclear-capable Iran is a serious threat to Israel.

Read Obama’s boycott of Netanyahu part of their tense history

Jan Markell, founder and director of Olive Tree Ministries, offers her assessment of the Israeli leader and his current visit.

“I believe that Benjamin Netanyahu is the Churchill of our day – and he’s making this current administration look like utter fools,” she tells OneNewsNow. “And of course that’s another reason they don’t want this to happen [because] he’s going to come and he’s going to appear extremely ‘Churchillian.’ And he’s going to send a warning to the world: Wake up before it’s too late.”

But Markell thinks the greater implication will be the judgment that is coming upon America.

“Based on Genesis 12:3, God blesses those who bless Israel [and] he curses those who curse Israel,” she shares. “And the Obama administration is in the process of so cursing Israel, allowing a furthering of the Iranian nuclear agenda for obliterating God’s covenant land and people Israel.”

The ministry leader believes Israel will eventually be compelled to take out the Iranian nuclear sites without any assistance from Barack Obama. IsraelNationalNews.com reported over the weekend that President Obama “thwarted” such an Israeli military attack against Iran’s nuclear facilities last year by threatening to shoot down Israeli jets before they could reach their targets in Iran. 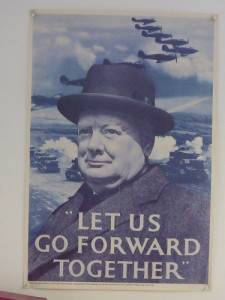