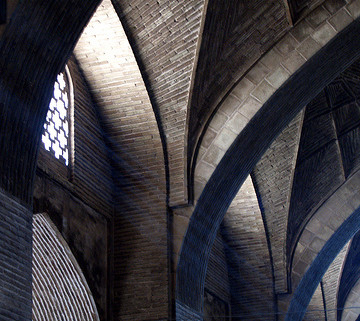 As Barack Hussein Obama continues to flood the country with mostly illiterate, unskilled and violent Somali Muslims, Minneapolis will soon become a NO-GO zone for non-Muslims
Growing Somali Muslim mall in Minneapolis now boasts one of the state’s largest mosques. But where are they getting the money since more than half of Somali Muslims in America live on welfare?
Star Tribune Developer Basim Sabri says setting out to build one of Minnesota’s largest mosques at his Karmel Square mall wasn’t a vanity project. Instead, the space — part of a major expansion at Karmel — was meant as a goodwill gesture to the local Somalis who rent and shop at the south Minneapolis mall.

OBESE SOMALI MUSLIM (picture excluded here) immigrants demand more funding for the halal-compliant free food bank in Minneapolis
The expansion has tested Sabri’s famously tense relationships with the city and the mall’s neighbors, who have voiced concerns over parking and traffic issues. Part of the construction collapsed in May, cutting off electricity to the neighborhood and briefly stalling the project.

Somali Muslims turning Minnesota into a Islamic hellhole:
Since it opened earlier this year, the mosque has gotten rave reviews from a growing cadre of worshipers, who cover the sun-filled, 5,000-square-foot prayer hall completely when they kneel at Friday prayer. “This mosque is not about showing off,” said Sabri. “It’s about need.”
The new mosque replaces a prayer room on the second floor that could not handle the crowds; worshipers spilled out into the mall hallways and, during the holy month of Ramadan, even the mall parking lot.
The space is on the newly added third floor of the state’s oldest Somali mall, where shops sell long skirts and scarves, henna tattoos, jewelry, handbags, rugs and Somali specialties such as savory sambusa pastries. Sabri is also building a fourth floor and a three-story parking ramp.
Somali Muslim thugs film themselves attacking innocent Americans in the streets of Minneapolis:
He claims the new mosque is the largest in Minnesota, possibly even the Midwest.

The imam of another new Twin Cities mosque, Darool-Uloom, which moved into a former Catholic church on St. Paul’s East Side last summer, says it handily surpasses Karmel’s square footage to claim that distinction.
There, Imam Sheikh Hassan says the men’s prayer hall alone covers about 15,000 square feet. Metro Islamic centers such as Al-Farooq Youth and Family Center in Bloomington and Abubakar As-Siddique in Minneapolis are larger overall, but their prayer spaces are more modest than Karmel’s.
In any case, says Abubakar Executive Director Ismail Haji, the services offered are more important than the square footage: “We’re not in competition with each other.” The new mosque has spurred a 20 percent uptick in traffic to the mall, Sabri estimates; as many as 800 worshipers have filled the incense-scented space for Friday prayer service in Somali and Arabic.

Somali Muslim sex gangs abducting, raping, and prostituting very young American girls:
Sabri, who has previously tussled with the city over starting projects before officials signed off on them, lined up a permit for the expansion in February 2014. But last summer, city staff pointed out that he needed an additional assembly occupancy permit for the mosque.
“It’s fair to say there have been some concerns on both sides of the fence,” said district supervisor Bill Smith, though he and Sabri both say the process was more cooperative this time around.

Worshipers at a recent Friday prayer service said they have welcomed the new space. Abdihakim Omar, a driver, said he didn’t even try to snag a spot in the former prayer room downstairs most weeks. Instead, he went to pray at another south Minneapolis Somali mall, Village Market, right across from his apartment.

Violent brawl have broken out between Somali Muslims and black students at Minneapolis school:
But he’s come to Karmel every Friday since the new mosque opened in late January. “It’s beautiful; it’s huge,” Omar said. “You can’t imagine how grateful we are.”
Liban Hussein, a Somali TV host and producer, said that the old prayer room got hot and stuffy. Out in the hallways, worshipers couldn’t see the imam or hear the service well, leading to confusion about when to stand and when to kneel.
Somali Muslim workers are outraged that a bakery has imposed a dress code which prohibits burqas for safety reasons: 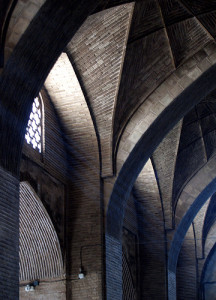