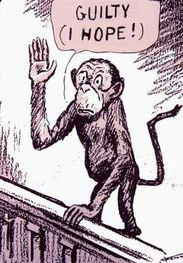 http://shoebat.com/category/featured-articles/of law.
The case against the President and government of Argentina in the coverup of the largest terrorattack committed on its soil is incredibly important and is being watch very closely by the world’s power brokers. Why? Because it features a battle between a corrupt, establishment government that will do whatever it takes to protect its leaders and a cadre of far less powerful players who are doggedly pursuing the truth in an effort to bring that government to justice.
Sound familiar?
It should also finally bring attention to perhaps the most explosive ruling by a U.S. Federal District Court Judge to ever go virtually unnoticed. That ruling was that Iran was a key collaborator and guilty party in the 9/11 attacks.

Iran Involved in BOTH NYC and Buenos Aires terror attacks.
One of the prosecutors in the Argentinian case has already paid with his life, as Shoebat.com has reported.
It’s also a very righteous battle with strong David vs. Goliath undertones. Ironically, getting justice for the families dozens of Jews who were murdered in a true hate crime perpetrated by a Muslim country more than 20 years ago is at the center of this fight. Evidence strongly suggests that the Argentine government and its President Cristina Fernandez de Kirchner have been covering up Iran’s involvement in return for riches and oil deals.
Evidence is coming in that the righteous are standing up despite its fallen soldier, a prosecutor named Alberto Nisman who was just hours away from dropping a judicial bomb on the Argentinian government, when he was shot dead.

Involved in 9/11 and Argentina’s ’94 Terror attack?
Another angle to all of this is that the sitting President of Iran Hassan Rouhani was allegedly one of the central figures responsible for authorizing and coordinating the attack. This is the same Rouhani with whom the Obama administration continues to deal.
Check out what Alana Goodman wrote in the days after Nisman’s death about the prosecutor’s correspondence with Miami Herald reporter Andres Oppenheimer (h/t WZ):
Nisman told Oppenheimer that Rouhani was on the committee that green-lighted the attack. “Nobody is pointing out that Rouhani participated in the decision of the AMIA attack,” wrote Nisman in a July 2013 email.
“In several telephone conversations and email exchanges I had with Nisman over the past three years, the prosecutor told me that Rouhani was among the top Iranian officials who had ‘participated in the decision’ to bomb the AMIA Jewish community center in Buenos Aires,” Oppenheimer wrote after Nisman’s death.Sources told the Free Beacon in 2013 that Nisman was under intense political pressure from the Argentine government due to his AMIA investigation. Argentina has worked to build relations with Iran under President Kirchner.As Shoebat.com reported last month, Argentina isn’t the only government to coverup Iran’s involvement in the largest terror attack on its soil. If you believe the ruling of a U.S. District Court judge in 2011, Iran was a very complicit actor – likely to include Rouhani – in the 9/11 attacks.

Iran found GUILTY in 9/11 attacks in U.S. Federal District Court
That’s right, Judge George B. Daniels ruled for the plaintiffs in Havlish vs. Islamic Republic of Iran, Ayatollah Ali Hoseini Khamenei, Ali Akbar Hashemi Rafsanjani, et. al.
This introduces another angle into all of this, the notion that the U.S. Government is guilty of the exact same thing the Argentinian Government is guilty of – helping to cover up Iran’s involvement in the mass murder of U.S. citizens. An even more maddening, macabre irony is that a planeload of those citizens saved either the U.S. Capitol or the White House from being successfully targeted in those attacks.
In response to 9/11, the Bush administration missed the target, going after Iran’s bookends – Afghanistan and Iraq. In the case of Iraq, the U.S. rewarded Iran by removing its arch-nemesis, Saddam Hussein.
Even if the U.S. Government were given the benefit of the doubt, that it wasn’t aware of Iran’s involvement, it has refused to come clean since that involvement has been revealed and proven in a court http://shoebat.com/category/featured-articles/of law.