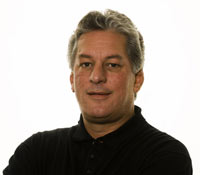 What’s the cost of avoiding the Planned Parenthood videos? 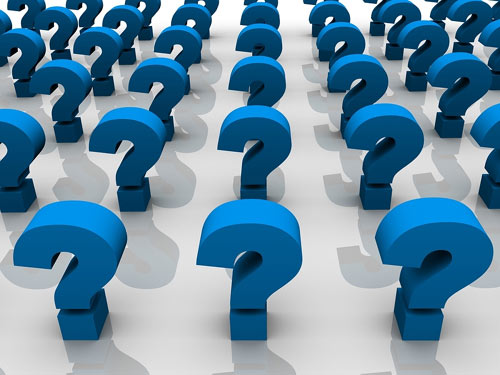 You don’t have to watch those videos of Planned Parenthood officials released by an anti-abortion group.

No one will force you. And you’d be right to look with suspicion at anyone who tells you that you must watch them.

So I’m not telling you to watch. But I am asking you to ask yourself two questions:

Is there a cost to avoidance? And what is the cost?

A new video came out the other day, a fifth video, of Planned Parenthood officials talking in chilling euphemisms and grisly business in the lab, secretly recorded by the Center for Medical Progress.

Of course, you can ignore it, and the others too. Perhaps it’s safer that way. There’s something to be said for avoidance, and I suppose many have avoided the videos, thoughtful and decent people on all sides of the issue.

I hoped to avoid it as well, but when the new video was released, I was drawn to it, though I knew it would be painful. It was.

Like the other videos, the fifth centers on Planned Parenthood’s fetal organ harvests, but the new video also deals with the issue of “intact” fetuses, discussed in neutral, bureaucratic language.

“And we are able to obtain intact fetal cadavers, then we can make it part of the budget, that any dissections are this, and splitting the specimens into different shipments is this, I mean that’s — it’s all just a matter of line items,” says a Planned Parenthood official in the video.

And so the unborn are reduced to line items.

Planned Parenthood quickly responded, saying the videos are nothing more than an anti-choice campaign to smear an organization that provides health care to women.

The Center for Medical Progress alleges the videos are evidence that Planned Parenthood — which receives more than $500 million each year in federal tax money — is illegally selling body parts for profit.

The politicians are all over it. Democrats argue the videos attack a woman’s sexual freedom and the right to choose an abortion. That’ll help raise campaign money.

Republicans argue that the group should lose federal funding for engaging in possibly illegal organ selling. And that will help raise campaign money as well.

A procedural vote to deny funding, one of many to come, was defeated in the Senate. But congressional hearings are scheduled after the recess, and there will be more politics.

“I am very troubled by the callous behavior of Planned Parenthood staff in recently released videos, which casually discuss the sale, possibly for profit, of fetal tissue after an abortion. Until these allegations have been answered and resolved, I do not believe that taxpayer money should be used to fund this organization,” Manchin said in a statement.

So what’s on videos still to come, and the continued squawking of angry people in those little boxes on TV will make it even more difficult to avoid the issue in the fall.

But the issue isn’t whether abortion is legal. Abortion has been legal for decades. That’s not going to change.

This is something else again: Reducing human life to a commodity, subject to market whims, where the “procedure” (meaning abortion) is altered so that the fetal organs may be kept intact, to be bartered and sold.

You can say that it’s not human life. And many do. But in this case, using euphemisms is a shield. I suppose we can convince ourselves that the research “materiel” is not human, until of course, you see a lab tech with tweezers pick up a tiny limb.

And though many avoid the implications of this, it just might be that there is a cost, to all of us, even as we shut our eyes.

Everything has a cost. Avoidance most of all.

One myth about America is that we’re a direct people, that we confront what’s out there. We tell ourselves that we’re bold, that we see things as they are, and that once we understand what it is, we deal with it.

But as a culture, with our fixation on entertainment, with America the great marketplace for recreational narcotics, as we bury ourselves in amusing videos on our phones, I wonder if we’ve become experts at one thing:

We’re adept at avoiding pain. Actually, we’re great at it. Billion-dollar entertainment industries feed that need in us.

When the first of the videos became public, many of us hurled anger at safer targets, like the lion-killing dentist. There are plenty of safe targets.

Like mocking stupid remarks made by goofball politicians. I do it. We’re good at mocking. Some of us go through life with tongue perpetually in cheek, using irony as an emotional buffer. There are plenty of web hits in that, and much profit in snark. And, like pre-revolutionary France, ridicule has become our true currency.

We also divert ourselves with sport. We need sport. We love sport. We put sport in our pipes and smoke it, and this fall we’ll lay back on our couches and watch the World Series and the Tom Brady redemption drama and talk about athletes as heroes.

Still, the horrifying videos make something all too clear. What’s going on at Planned Parenthood is barbaric.

And, since Americans fund Planned Parenthood with our tax dollars, avoiding the issue doesn’t really work.

Because the use of our money makes us complicit.

John Kass is a columnist for the Chicago Tribune who also hosts a radio show on WLS-AM.