Welcome to terror through asylum. 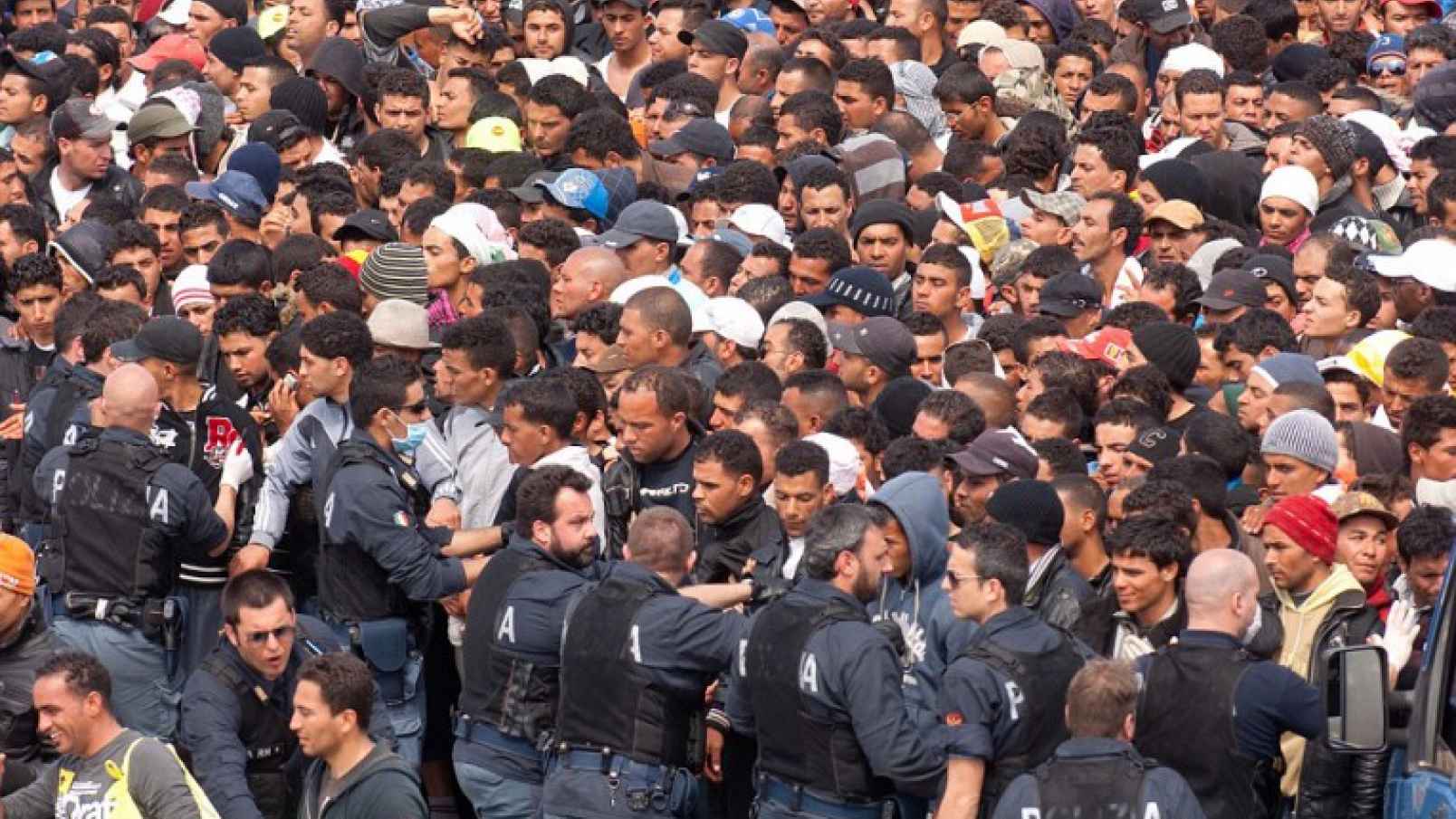 Muslim extremists and jihadists pretend to be asylum seekers and apply for asylum in Europe, according to reports from intelligence and security services since the mid-1990s. The then Dutch Domestic Security Service BVD (now the AIVD) reported in May 1998 that radical Muslims from Tunisian, Egyptian and Algerian terrorist organizations had applied for asylum in the Netherlands. “These asylum seekers can count on the support of local sympathizers.” And in April 2001 the BVD/AIVD warned of “Islamic war veterans” posing as people who “are looking for asylum or illegal migrants who seek refuge in Western countries who will continue the fight or support it.”

In March 1996 a conference about fighting terrorism took place in the Egyptian Sea resort of Sharm al-Sheikh. The Egyptian government was worried about radical Muslims who had been granted asylum in England. Some of them were involved in the preparation of terror attacks. The then British Prime Minister John Major declared shortly after the conference that he would make the rules for granting asylum stricter, but nothing was done.

Omar Bakri Mohammed was an anti-Semitic hate cleric from Syria who successfully applied for asylum in Britain in 1986. He was the founder of al-Muhajiroun, a terrorist organization which was belatedly banned by the British government in 2005. Bakri Mohammed openly praised the 9/11 attacks on the United States. When I met him in North London in 2002, he expressed his deep admiration for al-Qaeda leader “Sheikh” Osama bin Laden.

In the British TV documentary “Sudan – Are They Training Terrorists?” (April, 15 1996), Hassan al-Turabi, a friend of al-Qaeda leader Osama bin Laden, was quoted as saying that bin Laden “doesn’t mind going to England.” But the British would never grant him asylum as they were also opposed to his very presence in Sudan. Bin Laden then left Sudan and settled in Afghanistan in May 1996 where his militant Taliban friends were now in control of most this war-torn country.

A number of Syrian immigrants in Spain played a very important role in al-Qaeda. Mustafa Setmarian Nasar was a personal friend of Osama bin Laden and an architect of global jihad. He lived in London between 1994 and 1997. He was in Afghanistan when the Americans occupied that country after the 9/11 attacks. Another Syrian immigrant in Spain was Imad Eddin Barakat Yarkas. He was the leader of al-Qaeda in Spain and was involved in the preparations of the 9/11 attacks.

Not so few former Somali asylum seekers in Europe and the United States joined the ruthless Somali terrorist group al-Shabaab which pledged allegiance to al-Qaeda in 2012. Ismail Musa Ahmed Guled and Lula Ahmed Dahir, for example, committed suicide attacks in Mogadishu in February 2015. They were in possession of Dutch passports.

The Amsterdam based newspaper De Telegraaf reported on May 28, 2015, how Bashir Abu Muaadh arrived in the Netherlands in the early 199Os. This Somali was still a child at the time. Now he is an IS propagandist in Raqqa, the so-called capital of Islamic State. He appears in an IS propaganda video,  together with four other Somali IS-terrorists. Bashir praises the IS-beheading of 21 Coptic Christians on a beach in Libya on February 15, 2015. He also wants al-Shabaab jihadists to join ISIS or IS.

In the middle of February 2015 one of the IS executioners announced from Libya that: “We will conquer Rome, by Allah’s permission.” He pointed in the direction of the Mediterranean Sea with his knife. On more than one occasion did IS threaten to send jihadist fighters disguised as asylum seekers to Europe. Millions of displaced Africans and Muslims want to flee to Europe. In the first six months of 2015 ships have rescued more than 200,000 people who tried to cross the Mediterranean Sea.

The Dutch National Coordinator for Security and Counterterrorism (NCTB) reported on June 29, 2015, that there are clear indications that jihadists tried to recruit asylum seekers who are currently staying in the Netherlands. This abuse of the immigration system must be tackled. “The intelligence and security services are receiving a growing number of indications from the immigration authorities of matters that could affect national security,” the Dutch  Minister of Security and Justice reported to the parliament in The Hague on June 29, 2015. “This is the result of both awareness-raising campaigns and an increase in the number of asylum seekers entering the Netherlands, particularly from Syria.”

Several criminal investigations into efforts to recruit asylum seekers for the jihad began in Holland in the past months.

Fox News reported on May 20, 2015, that a Moroccan man arrested in the Tunisia museum attack “came to Italy on a migrant boat.” Abdelmajid Touil was arrested in Italy after having arrived a month earlier with other migrants on  smuggler’s boat.” “Touil was arrested on a Tunisian arrest warrant at the home of his mother and two brothers in Gaggiano, near Milan, anti-terrorism investigator Brono Megale told reporters.” “He was wanted internationally for co-participating in, planning and executing the March 18 attack on the Brando Museum in Tunis,” Megale said. Twenty-two people were killed,  four of them Italian.”

The Italian police arrested 15 Muslims on suspicion of having thrown 12 Christians overboard, CNN reported on April 19, 2015. Acccording to the Italian police, these Christians were murdered by Muslims from the Ivory Coast, Mali and Senegal before their boat was intercepted by an Italian navy vessel.

There are also many cases of Muslim asylum seekers who harrass women and Christians in asylum centers. Muslim converts to Christianity receive frequent death threats.  Mostafa Talale, an Iranian convert to Christianity, was murdered in the Netherlands in June 2013, either by fellow asylum seekers or by the Iranian security and intelligence service.

Emerson Vermaat is an investigative reporter in the Netherlands specialized in crime and terrorism.