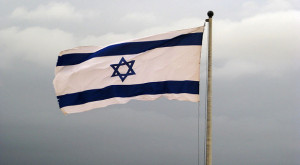 There are two sides of every story. Israel’s detractors should be taken to task, but then so should its government.

In his book, The Victory of Zionism, Emmanuel Navon displays himself as a talented writer, intelligent and educated thinker, and gifted in his ability to maneuver between relevant historical facts, and put them in the context of the modern era. He makes the case for Israel clearly and cogently through a series of articles written between October 2010 and October 2014.

Navon’s insight adds context based on facts and realities that others don’t know or willingly ignore and paints a picture of many of the challenges Israel faces today, politically, diplomatically and physically. Given domestic issues relating to Israel’s election and formulation of the next government, and international issues most recently and significantly relating to the Iranian nuclear threat and how the world powers are attempting to negotiate a deal with Iran, his insight is particularly relevant and insightful.

Ultimately, while an inspiring title, rather than the title The Victory of Zionism, the subject addressed is the veracity of Zionism. For those who want to know and understand more about Israel and its challenges, or for those who are ardent supporters and want more substance to make their case, this book provides an important factual foundation, and a jumping off point for exploring a range of current events, with an invaluable attentiveness of the past.

Adding credibility to making his case, Navon does not simply bash Israel and Jew haters with empty rhetoric. He does take Israel’s detractors to task and does that intelligently. Rather he takes pointed aim, like a sniper, at their claims and challenges them point by point.

He is also not shy about challenging Israel’s policies where he sees them off base. Most of these, at least in the period in which he writes, relate to policies of the Netanyahu-led Likud government. This is particularly noteworthy in that Navon ran for Knesset (Israel’s parliament) as a member of the Likud.

It’s not one of no holds barred, but a legitimate critique of the governing party’s policies, even if it’s his own party, where he sees these as incorrect or taking Israel in a wrong, or even dangerous, direction.

Because many of Navon’s articles are based on current events over a period of time, several themes are repeated throughout the book. Those not familiar with some of the events, or people about whom he is writing, would do well to pause reading and look up the references, both as a way of better understanding Navon’s essays, and to have a broader base of knowledge and frame of reference.

Rather than giving away most of his points, and lest a reader find these repetitive, I found them to be important ways of underscoring central messages. In fact, as I began reading and started to catch some of these themes being repeated, what struck me is that this is the perfect foil to the infamous notion that if one repeats a lie often enough it becomes truth. In this case, Navon’s repeating the truth helps counter the myths, omission of facts, and outright lies of others who, whether deliberately or ignorantly, challenge Israel and its legitimacy at almost every turn.

Of course, that it was Nazi propagandist Josef Goebbels who coined the infamous phrase about repeating a lie, this makes Navon’s repeating the truth in contradiction to others’ repeating lies all the more relevant, intelligent and meaningful historically.
One of the points driven home often is the fact that the 1949 armistice lines that were drawn at the end of combat in Israel’s War of independence were ever legitimate, internationally recognized borders. Not only were they never borders, but the 1947 Partition Plan that pre-state Israel accepted (with much less territory than the 1949 lines that became the “green line,” and is also synonymous with the “1967 borders”), as soon as the Arab armies rejected any state of Israel in any borders, and attacked Israel immediately, made the “Partition Plan” worth no more than the paper it was written on.

Repeating this as he does, the reader understands that in order to come to any resolution of the conflict, one at least needs to have the integrity to see things through a factual lens rather than through a prism of how one wants the situation to be. More simply, it’s like being lost in an amusement park or huge mall without a map, or with a map but no indication that “you are here” because if you don’t know where you are, you can’t really get to where you want to go. The Victory of Zionism serves as that map, and signal “you are here.” Without it, one would just be lost.

By way of full disclosure, since shortly after moving to Israel I have had the privilege of getting to know Emmanuel Navon personally. We have kids the same age who have studied and played together. We have shared Shabbat meals and family celebrations together. And when I see him at others’ events, I seek him out because he is intelligent and always interesting to talk to. I supported his candidacy for Knesset because Israel would be well off to have someone of his intellect and ability to communicate that in multiple languages.

And just as I admire him for using his abilities and standing for Israel, I highly recommend this book to provide a factual foundation for many of the issues Israel faces today and will face in the future.

Jonathan Feldstein was born and educated in the U.S. and immigrated to Israel in 2004. He is married and the father of six. Throughout his life and career, he has been blessed by the calling to fellowship with Christian supporters of Israel and shares experiences of living as an Orthodox Jew in Israel. He writes a regular column for Charisma magazine’s Standing With Israel. You can contact Jonathan at firstpersonisrael@gmail.com.

Agents of the Enemy What Is the Trinity?
Scroll to top