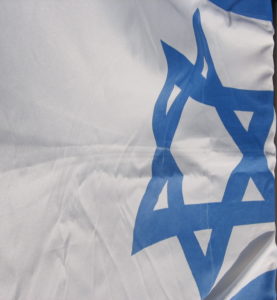 “ONE SHITTY LITTLE COUNTRY…(“ACCORDING TO THE FRENCH” )

The Middle East has been growing date palms for centuries. The average tree is about 18-20 feet tall and yields about 38 pounds of dates a year.

Israel  the 100th smallest country, with less than 1/1000th of the world’s population, can lay claim to the following: The cell phone was developed in Israel by Israelis  working in the Israeli  branch of Motorola,which has its largest development centre in Israel   .

Most of the Windows NT and XP operating systems were developed by Microsoft-Israel.

The Pentium MMX Chip technology was designed in Israel  at Intel

Both Microsoft and Cisco built their only R&D facilities outside the US in Israel.

Israel   has the fourth largest air force in the world (after the U.S, Russia and China). In addition to a large variety of other aircraft, Israel’s air force has an aerial arsenal of over 250 F-16’s.

This is the largest fleet of F-16 aircraft outside of the U.S

Israel s  $100 billion economy is larger than all of its immediate neighbours combined.

Israel  has the highest percentage in the world of home computers per capita.

According to industry officials, Israel  designed the airline industry’s most impenetrable flight security. US officials now look (finally) to Israel  for advice on how to handle airborne security threats.

Outside the United States and Canada, Israel has the largest number of NASDAQ listedcompanies
Israel  has the highest average living standards in the Middle East.

On a per capita basis, Israel  has the largest number of biotech startups.

Twenty-four per cent of Israel?s  workforce holds university degrees, ranking third in the industrialized world, after the United States and Holland and 12 per cent hold advanced degrees.Israel  is the only liberal democracy in the Middle East.

When Golda Meir was elected Prime Minister of Israel  in 1969, she became the world’s second elected female leader in modern times.

When the U. S. Embassy in Nairobi, Kenya was bombed in 1998, Israeli  rescue teams were on the scene within a day — and saved three victims from the rubble

Israel has the third highest rate of entrepreneurship — and the highest rate among women and among people over 55 – in the world.
Relative to its population, Israel  is the largest immigrant-absorbing nation on earth. Immigrants come in search of   democracy, religious freedom, and economic   opportunity. (Hundreds of thousands from the former Soviet Union)

Israel  was the first nation in the world to adopt the Kimberly process, an international standard
that certifies diamonds as “conflict free.”

Israel  is the only country in the world that entered the 21st century with a net gain in its number of trees, made more remarkable because, this was achieved in an area considered mainly desert!

An Israeli  company developed a computerized system for ensuring proper administration of medications,
thus removing human error from medical treatment Every year in  U. S hospitals 7,000 patients   die from treatment mistakes.Israel’s  Given Imaging developed the first ingestible video camera, so small it fits inside a pill used to view the small intestine from the inside, cancer and digestive disordersResearchers in Israel  developed a new device that directly helps the heart pump blood, an innovation with the potential to save lives among those with heart failure. The new device is synchronized with the camera helps doctors diagnose heart’s mechanical operations through a sophisticated system of sensors.Israel  leads the world in the number of scientists and technicians in the workforce, with 145 per 10,000, as opposed to 85 in the U. S., over 70 in Japan, and less than 60 in Germany. With over 25% of its work force employed in technical professions. Israel places first in this category as well.A new acne treatment developed in Israel,  the Clear Light device, produces a high-intensity, ultraviolet-light-free, narrow-band blue light that causes acne bacteria to self-destruct — all without damaging surrounding skin or tissue.An Israeli  company was the first to develop and install a large-scale solar-powered and fully functional electricity generating plant, in southern California’s Mojave desert.All the above while engaged in regular wars with an implacable enemy that seeks its destruction, and an economy continuously under strain by having to spend more per capita on its own protection than
any other county on earth.
AND THE FRENCH AMBASSADOR IN ENGLAND SAYS: “ISRAEL IS NOTHING BUT A SHITTY LITTLE COUNTRY”
a little country who’s military could probably kick the shit out of France’s.