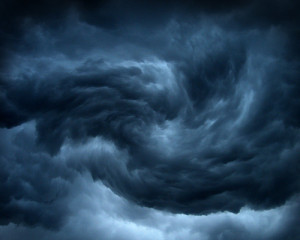 After the savage Jihad massacre of unarmed innocents in Paris, our petulant“potentate”, predictably, defends the Muslim maniacs. (Potentate means Ovomit).

All Americans need to be reminded of this early CIA report which predicts our country’s fate if we allow Obama to complete his insurgent, seditious,“fundamental transformation” of America. To wit from Dr. Peter Hammond’s book: Slavery, Terrorism and Islam: The Historical Roots and Contemporary Threat:

“Islam is not a religion or cult. It is a complete system of religious, legal, political, economic, and military components, the religious component a beard for the others. Islamization incubates when there are sufficient Muslims in a country to agitate for “religious rights”. Naive politically correct diverse societies who submit to Muslim demands get other components under the table (the French have now learned this the hard way).

As long as a Muslim population remains around 1% in any given country, they will be regarded as a peace-loving minority and not a threat to anyone. Examples are: United States (1% Muslim); Australia (1.5% Muslim); Canada (1.9% Muslim.

At 2% and 3% they begin to proselytize from other ethnic minorities and disaffected groups with major recruiting from the jails and among street gangs: Denmark (2% Muslim); Germany (3.7% Muslim); United Kingdom (2.7% Muslim).

Beyond 5% they exercise an inordinate influence in proportion to the population. They insist on introducingHalaal food (clean by Islamic standards) thereby securing food preparation jobs for Muslims, increase pressure on supermarket chains to feature it on their shelves with threats for failure to comply: France (8% Muslim); Sweden (5% Muslim); Switzerland (4.3% Muslim). At this point they demand the ruling government allow them to rule themselves under Islamic Sharia law (happening profusely in the US).

A Muslim population of 10+% produces increased lawlessness in protests of their conditions. Any non-Muslim action that offends Islam will result in uprisings and threats: India (13.4% Muslim); Israel (16% Muslim); Kenya (10% Muslim); Russia (10-15% Muslim).

From 60% you may expect unmitigated persecution of non-believers and other religions, sporadic ethnic cleansing (genocide), use of Sharia law as a weapon and the Jizya tax on infidels: Albania (70% Muslim); Sudan (70% Muslim).

100% ushers in “Dar-es-Salaam”, the Islamic House of Peace (peace because everyone is Muslim): Afghanistan (100% Muslim); Saudi Arabia (100% Muslim); Somalia (100% Muslim). But, of course, this is a myth. To satisfy their blood lust, Muslims now start killing each other. To wit: “When I was nine I learned the basic cannon of Arab life; me against my brother; me and my brother against our father; my family against our cousins and the clan; the clan against the tribe; the tribe against the world; and all of us against the infidel.—Leon Uris, ‘The Haj’ “.

Contrary to what Obama insists, this country was not founded BY Muslims,FOR Muslims—Islam’s diabolic barbarism has always been contrary to humanity and civilization itself. Importing it into this country is like swallowing cancer pills and hoping you don’t get cancer, or turning a cobra snake loose in a crowd of people and hoping no one gets bit by it.

Muslim “refugees” are not invading America because they like America, and because they want to become “Americans”. They tell us publicly in no uncertain terms that they are coming here to take over our country for Allah. They burn our flag and chant “death to America!”.

Our security and very survival demand that we restrict the Muslim population in the US to 1%. We better wake up before it’s too late.

Frank Polacek is 67 yrs. old; an Air Force veteran; served a yr. (1967) in Viet-Nam; owned a trucking business; worked as a diesel and heavy equipment mechanic; a welder and structural fabricator; I am a self taught legal researcher and a pro-se litigant adjudicating “rights” issues, and a political activist of sorts.