“ISLAM IS NOT A RELIGION. IT’S A WAY OF LIFE

Previous Next
“ISLAM IS NOT A RELIGION. IT’S A WAY OF LIFE

Kuwaiti “moderate Islamist”: “Islam is not a religion. It’s a way of life.” 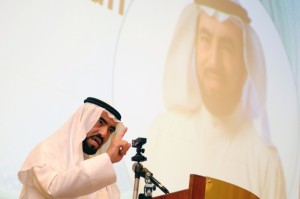 By Robert Spencer
It’s a way of life, you see — including a political system, which is something that Islamic apologists in the West generally deny. And you can have free speech, as long as you don’t insult anyone — which means you can’t really have free speech at all, because Muslims are likely to be insulted by talk of the injustice of dhimmitude, or of Islam’s treatment of women, or of how Islamic jihadists use Islamic texts and teachings to justify violence.
Tareq al-Suwaidan lived in the United States for seventeen years and frequently speaks to Muslim groups in Britain, Canada, and Australia. An extremely popular speaker, al-Suweidan earns over a million dollars a year from giving talks on Islam. In 2000, al-Suwaidan addressed an Islamic Circle of North America conference, where he said that Muslims should issue a warning to non-Muslims in the West: “We must tell the West that we are extending a hand of peace now, but it will not be so for long. Even if a civilization is ready to crumble—like the West, with all the characteristics of deterioration of past fallen empires—it will not fall until we, the Muslims, strive to give it that last push, the last straw that will break the camel’s back.”

“Islam not a religion but way of life, says Kuwaiti writer,” by Opalyn Mok for the Malay Mail, February 25:

The self-described “moderate Islamist”, whose television shows draw millions of viewers on satellite networks in the Middle East, also said Islam’s goal is to create a civil state that administers justice that does not discriminate against a person’s skin colour, gender, or creed.

“Islam is not a religion. It’s a way of life that teaches us about our relationship with God, with the universe, and our relationship with ethics with the economy and our political system,” he said in a talk organised by the state-backed Penang Islamic Foundation on “The future of Islam”.
He said those who did not understand Islam’s structures, “don’t understand its very essence”.

Because of that, he said Islam has been misunderstood to be oppressive and sexist when the Quran clearly states there is equality, freedom of speech, and that the freedom is for all.

“If we have a civil state where everyone is free to follow any party they like, they will eventually vote for and choose Islam because we believe in freedom and social justice,” Tareq told a turnout of some 150 people who packed a halls here.

But he also cautioned against confusing such freedoms as giving one the right to insult another, or practise bad ethics, saying Islam frowned on them.

Challenges to Islam
He said Islam faces five key challenges in today’s Muslim world.
“The first three problems of behaviour, lack of effectiveness and backwardness are the results or symptoms of two major problems — our scholars and leaders,” he said.

“The very essence of the goal of Islam that most Islamic scholars and Muslims do not know is that we are meant to create happiness for all of humanity. This includes non-Muslims, because we have a system that can bring this about,” he added.

Tareq, who is one of the 138 Islamic scholars who in 2007 penned an open letter to Christian leaders worldwide known as “A Common Word Between Us and You”, said that those who chose not to follow Islam should not be coerced to do so.

“We should not force them but we could have the freedom to show them what is Islam so that they could understand Islam,” he said.

The leader of the Kuwaiti Muslim Brotherhood said there were many Islamic scholars who issued religious edicts, or fatwa, that was based not on the precepts of Islam but on custom and tradition, which stirred greater confusion when they were presented as a fact.

“A fatwa that orders for people to be killed is un-Islamic and inhuman,” he said, without referring to any one person specifically, in reply to a question.
Tareq said the using such a fatwa had been carried out en masse in Egypt previously.

“This same thing was done in Egypt to kill in the name of religion but if you read the Quran, there is no such thing,” he said.

He took aim at those he called “traditional” scholars whose conservatism had caused moderate Muslims to be seen as infidels.

He said many “traditional” Islamic scholars see liberal Muslims as a threat to their faith, and rejected their teachings.

“I believe that those who reject us do it out of tradition and not what they were taught by the Quran,” he said.
But Tareq marked that the new generation of Islamic scholars shared his views and no longer held on blindly to tradition.
No stranger to controversy, Tareq also shared his views on the “Allah” row that has driven a deep wedge between Malaysia’s Muslim majority and their non-Muslim countrymen.

“I believe those who had said the word “Allah” is not allowed to be used by non-Muslims are being too sensitive,” he said.

Banning non-Muslims from uttering the word will spark sensitivities among the races, Tareq said; adding that such a view could result in Muslims being seen as weak.

“This very word was used by non-believers during the Prophet Mohamed’s time and ‘Allah’ simple means ‘The God’,” he said.

Like several other Muslim scholars who have voiced support for the church, Tareq said he doubted Malaysian non-Muslims would abuse the use of the word.
“Just suppose we have an Arab who is not a Muslim, what word can he use then?” Tareq asked.
“After all, “Allah” is an Arab word for God,” he said.

COMMENT BY THIS WEB SITE: Allilah was the name for the Moon-god in 600 AD  and a crescent moon has always existed as the symbol illustrating worship of the Moon-god.