IS SAYING “HOW AWFUL” ENOUGH?

Previous Next
IS SAYING “HOW AWFUL” ENOUGH?

Syndicated News
Advocate for Christians (and Others) Persecuted By the Islamic State
By Marv Knox
https://www.baptiststandard.com

Silvana holds a picture of her sister Sandi who was killed by an ISIS bomb while riding the bus to university. Threatened with death by ISIS, Silvana is now in hiding (Photo: 21st Century Wilberforce Initiative).Christians and other religious minorities in northern Iraq face extermination if people of faith in America and elsewhere in the West fail to speak up on their behalf.
A new religious liberty group, the 21st Century Wilberforce Initiative, conducted a fact-finding trip to the region early this year and then released a sobering report. “Edge of Extinction” documents the attempted genocide of Christians, Yezidis, Shabaks and other religious minorities by the Islamic State.
The toll of hostility toward Christians in the region already has been devastating, noted Wilberforce President Randel Everett, former executive director of the Baptist General Convention of Texas Executive Board.
“A decade ago, Iraq’s Christian population numbered 1.5 million,” Everett said. “Today, roughly 300,000 remain, and most have no jobs, no schools and no places of worship.”
The violence against Christians and other ethno-religious groups, such as the Yezidis and Shabak, escalated with the rise of the Islamic State early last summer. The city of Mosul, just across a river from the biblical city of Nineveh in northern Iraq, fell to the Islamic State.
“Christians were ordered to leave lands that had been their home for thousands of years,” the Wilberforce group reported. “Those remaining were issued a stark choice–convert to Islam, pay the (Muslim) Jizya tax or die.”
Christians, others in grave peril
By late summer, the Islamic State extended its control across the greater Nineveh Plain. Tens of thousands of Christians and other minorities fled as the Peshmerga, the Kurdistan Regional Government’s military force, abandoned them.
Wilberforce investigators found no evidence Christians in the region ever committed acts of terror. They are not led by warlords; they don’t operate militias. Still, they suffer grievously.
The Islamic State forces murdered men, raped women and girls, and kidnapped children. The death and refugee tolls escalated.
To illustrate the persecution, “Edge of Extinction” tells the story of a Christian couple in northern Iraq:
“After IS (Islamic State) seized Mosul, one Christian husband attempted to take his wife of 28 years to Mosul so that she could continue to receive treatment for breast cancer. When they arrived at the hospital, they were met by an IS guard who refused to allow them entrance because they were Christian. They were told the price for entrance and medical treatment was conversion to Islam.
“The wife responded: ‘I am not going to leave the cross of Christ. I will not abandon it. For me, a love of life is not as important as the faith. The desire to go on living is not as important as my faith.’
“The couple … returned to their small village about 16 miles away. Ten days later, she passed away with her husband and 19-year-old and 8-year-old sons at her bedside.”
These were her final words: “I am going to hold onto the cross of Christ. I refuse to convert. I prefer death. I prefer death to abandoning my religion and my faith.”
Church turned into torture chamber
The Wilberforce group learned the Islamic State converted an 800-year-old church into a torture chamber. A 150-year-old church was turned into a prison. And another now warehouses weapons.
The United Nations’ high commissioner for human rights also has documented “widespread ethnic and religious cleansing” in the region.
“The violations include targeted killings, forced conversions, abductions, trafficking, slavery, sexual abuse, destruction of places of religious and cultural significance, and the besieging of entire communities because of ethnic, religious or sectarian affiliation,” Commissioner Navi Pillay said. “Among those directly targeted have been Christians, Yezidi, Shabaks, Turkomen, Kaka’e and Sabaens.”
But for the most part, Christians in the West have turned a blind eye, the Wilberforce Initiative’s team noted.
“After a flurry of initial news coverage in August, the story of the men, women and children–whose lives were upended, homes confiscated and dignity assaulted–virtually disappeared from the public eye,” the Wilberforce report said.
The West has done little
“With some notable exceptions, those living in the West have said or done little in the face of the crisis facing the minority communities in Iraq. There is a pervasive feeling of abandonment among these beleaguered men and women of faith who cannot comprehend why burning churches, forced conversions and the emergence of a caliphate in the cradle of Christendom is not being met with urgency and action by people of similar faiths in the West.”
The Wilberforce Initiative has proposed six recommendations to counteract “the destruction of ancient faith communities” in northern Iraq:
• Establish a Nineveh Plains Province “uniquely designed for Christians, Yezidis and other besieged minorities.” This would enable them to live peacefully in the land their ancestors have occupied for hundreds of years.
• Provide support for the new Nineveh Protection Unit, a national guard that can defend the province. This is necessary, since neither the Iraqi army nor the Peshmerga militia has stood with the people.
• Return property confiscated by the Islamic State–such as homes and churches–to its rightful owners.
• Encourage and strengthen the Kurdistan Regional Government’s “efforts to build a context of civil discourse, freedom of religion, human rights protections and the inclusion of all minorities.”
• Provide and support “ongoing and immediate humanitarian aid” from the United Nations but also from nongovernmental organizations, such as Samaritan’s Purse. The needs include both education and health care.
• Prosecute the Islamic State and its leaders for war crimes and genocide. The relevant authorities for such action include the United Nations, the International Criminal Court and the U.S. State Department. 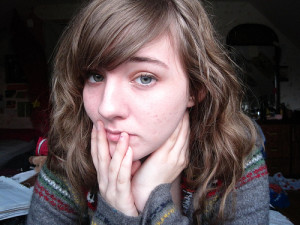