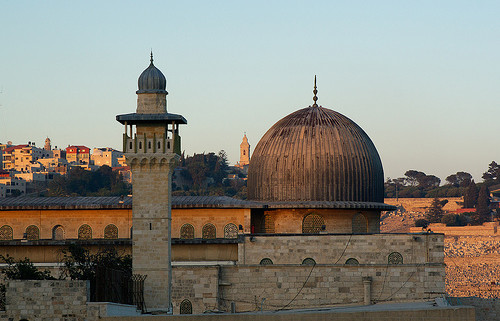 Ge 12:3 I will bless those who bless you, and whoever curses you I will curse; and all peoples on earth will be blessed through you. John Hagee “Jerusalem Countdown”, Front Line Publishing, A Division of Strang Publishing, 2007.

There’s an organization called CUFI, (Christians United for Israel), which is a good site to visit: www.cufi.org. Some people have said that John Hagee believes Israelites will go to heaven, whether they believe in Jesus as their Redeemer or not. This is called “The Duel Covenant Theory”. That is not true at times and at other times it is. Hagee waffles on this one. Hagee is a man. He has a book. It’s not the Bible. However, “In Defense of Israel”, is filled with the need for all people groups to turn to Jesus Christ, the Son of God, (Hebrew= Y’shua Messiah) in order to be redeemed.

Sid Roth, a Messianic Jew, in one of his books “The Incomplete Church” Destiny Image Publishers, copyright 2007, states that the most anti-Semitic action “Christians” can take is not to tell Jews about Jesus.

Hagee (noted above) shows the “Christian” anti-Semitism over the years, and he has some very revealing information in his book about the Muslims and the current threat from the nations that surround Israel, which by the way, is a democracy. Neither the Roman Catholic Church nor Islam seem to be able to tolerate democracies.
Hagee also talks about something called “Replacement Theology”, which most people don’t know even exists. It’s actually sort of silly, but some people believe it. It more or less states that the ” Church replaces the Jews as God’s chosen people. The Presbyterian and Methodist Churches seem to buy into this theology and have withdrawn any investments in Israel. They are, of course, in the dying stages of their existence. Mal 3:6 – “I, the Lord do not change”

The United Nations is not a democracy? It has a lot of really evil people in it (mostly Muslims or dictators) and has never really done much of anything. It does tend to condemn the nation of Israel routinely, whenever Israel strikes back at the Islam attackers who continually come against it.
Since America’s 911 Islam has launched over 2000 terrorist attacks against Israel.
There are thousands of End-Time publications available in bookstores and on the Internet. Here are three, this writer found helpful: Epicenter”, Joel C. Rosenberg, Tyndale Publishing, 2006
“Mystery of the Priesthood and the Blood”, Perry Stone, Jr, Voice of Evangelism Outreach Ministries, 2007.
“Unlocking Secrets in the Second Coming Scrolls”, Perry Stone, Jr., Voice of Evangelism Outreach Ministries, 2004.
Joel Rosenberg has written a number of books on the End Times which appear prophetic in nature, because of much of his books coming to pass.

Boskey http://www.davidstent.org/dthtm/newsletters – in his newletter dated Feb. 18, 2011 gives a very detailed analysis of Jews and Arabs, their origins and the fact that not many Arabs are Muslims. This newletter is essential for a non-Jew and Jew alike to read and further understand.Boskey concludes with a review of God’s heart of healing in the Middle East.

THE END OF AMERICA AS WE KNOW IT (FROM THE BOOK!!!!)
Scroll to top