Previous Next
Important Notice: FROM A FORMER MUSLIM———————————————Christian Cyber Ministries 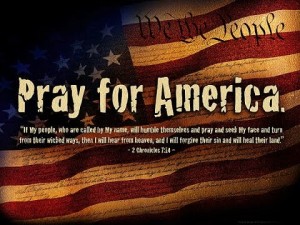 Important Notice:
The following true story was told to us some years ago and then sent via email. We were overseas at the time. Because of the content, know that the countries, cities and names have been changed and I’ve done some editing. The writer will remain anonymous for the protection of him and his family. The man who wrote this asked me to use it as a cdd. I asked when it might be appropriate for him. He just said, ‘You’ll know.’ It is clear to me the time is now — the next ten devotions will run consecutively while I am in the Philippines planting four Crosses — so let me apologize in advance for a 10 part cdd which will be longest ever. I can assure you the journey will be worth it. pb

“My name is Wasim, I was born into an orthodox Muslim family in Afghanistan. My parents sent me to an Islamic school to learn the Quran. They wanted to make me a preacher of Islam. I learned the Quran by heart and was studying to learn more so that I could teach others about Islam. I was taught that Islam was the perfect religion and was set against the largest religion, Christianity.

I learned that Christian people are foolish and mad because they believe that the Jesus Christ is the Son of God. And how can they believe Mary was the wife of God? There were many questions in my mind about Christianity. Like this; how can a man, Jesus Christ, save you?  How can Christians call God their Father? I learned that God is God (called Allah by Muslims), and God has no wife and that He can have no children. These questions burned in my heart.

One day I was at my uncle’s Shop. A Christian organization came by and were throwing hand bills regarding Christianity anywhere they could. I decided to read the hand bill so I would have information to debate with Christians. I could then guide them because they didn’t know the truth. Islam was what they needed.

When I started studying the hand bill Bible scriptures my interest increased. The more scripture I read the more I felt some power pulling me to know more about Christianity. Over a short period of time it all made sense to me. Islam had misconstrued what the Bible was saying. I gave my life to Jesus and since that day I could never return to Islam.

Then I met a Gospel preacher who told me more and helped me to study the Bible thoroughly. I was well aware of Islam. I studied and compared the Bible with the Quran. I found that Jesus Christ is not only a mighty prophet but He is Lord and God with us on earth. I learned that Jesus has power to forgive anybody’s sins. All the while I was talking to my family and friends about the truth of Jesus. This made them very unhappy. Before I knew it I was attacked with kicks and fists.

My parents called the Imam (a preacher of Islam) asking him to teach me the truth. After the teachings my parents and the Imam asked me some questions. The most important question to them was, ‘How can you call God the Father?’ I proved my answer with scripture. The Imam of Islam did not agree and said, ‘God is God, you can’t call God the Father. This is a big sin if you will call God the Father.’ Then he said, ‘you must apologize otherwise you will be severely punished.” He then demanded in front of a crowd of Muslims that I turn away from Christianity and once again embrace Islam. I said, ‘I cannot.’

The Imam responded, ‘You are out of your mind and the devil is working in you.’ He then whispered to the crowd. They all turned in unison and began walking toward me with evil in their hearts. Part 2 tomorrow

Prayer: Father thank you for those willing to stand up for Jesus when the pressure is on and the going gets tough. In the name of the Lord Jesus Christ. Amen!