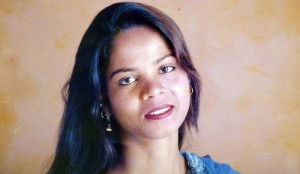 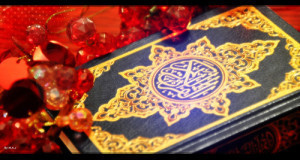 Pakistan’s authorities appear to have found a solution to at least one of their problems in the international arena: Aasiya Noreen, or “Asia Bibi,” a 50-year-old Christian woman and mother of five who has been on death row for six years for allegedly insulting Muhammad.

Instead of executing Asia Bibi and further advertising to the international community that theirs is a savage and backwards nation — and instead of releasing her and provoking millions of angry Muslims to turn on the government and accuse it of supporting “apostasy” — Pakistan’s authorities appear to be letting time, wretched conditions, severe maltreatment, and beatings slowly kill her.

Recent reports state that she is deathly ill and “so weak she could hardly walk.” Mission Network News says that Asia Bibi has “internal bleeding, abdominal pain, and is vomiting blood. If she does not receive immediate medical care, she could die.”

According to Bruce Allen of Forgotten Missionaries International, “She suffers terrible pain, and she can hardly eat. … Here’s this woman, languishing in a prison under this death sentence for a crime that she vehemently denies.”

In June 2009, while working as a farm laborer on a hot day, Asia Bibi was told to fetch water. Because she had drunk some of the water, the Muslim workers refused it: both the cup and the water were, they said, unclean because a Christian had touched them. (See this video of an Egyptian cleric saying how disgusted he is by Christians and how he could not drink from a cup that was merely touched by a Christian.)

Before the “cup” incident, it seems, a feud between Asia and one of her Muslim neighbors concerning property damage had existed.

After the “cup” incident, her enemies and some of the Muslim workers complained to a Muslim cleric. They accused Asia Bibi of making insulting statements about the Muslim prophet, Muhammad. Her official “crime,” therefore, which she vehemently denies, is “insulting” the Muslim prophet Muhammad.

Shortly after the complaint was registered, a mob stormed her home and severely beat her and her family, including her children. They put a noose around her neck and dragged her through the streets. She was then arrested; and in November 2010, a Punjabi court fined her and sentenced her to death by hanging, in accordance to Section 295-C, which prohibits on pain of death any insult against the Muslim prophet Muhammad.

Because her case attracted attention and condemnation from the international community, six years later, she has not been executed. Instead, however, sick, isolated and regularly beaten by prison guards and Muslim inmates, she has evidently been left to rot to death.

In late 2011, a female prison-officer — assigned to provide security for Asia — was discovered beating her, “allegedly because of the Muslim officer’s anti-Christian bias, while other staff members deployed for her security looked on in silence.”

Only God will be able to free me. … I also hope that every Christian has been able to celebrate the Christmas just past with joy. Like many other prisoners, I also celebrated the birth of the Lord in prison in Multan, here in Pakistan… I would have liked to be in St. Peter’s for Christmas to pray with you, but I trust in God’s plan for me and hopefully it will be achieved next year.

It was not. In 2014, a Pakistani court upheld her death penalty. Recently, Pope Francis called for clemency for Asia Bibi while the U.S. Commission on International Religious Freedom pressed the Obama administration to designate Pakistan a “country of particular concern.”

Last year, Kentucky Senator Rand Paul, citing Asia Bibi in particular, as well others, called for the use of the $900 million in U.S. aid to Pakistan as leverage to help persecuted religious minorities. If these funds are not used as leverage, nearly $1 billion in U.S. aid can be seen as “rewarding” Pakistan for being openly unjust to its minorities…. Keep reading http://www.jihadwatch.org/2015/08/raymond-ibrahim-islamic-justice-means-slow-painful-death-for-christian-mother-in-pakistan

The Third Jihad – Radical Islam’s Vision for America – (A...
Scroll to top